Rhino population climbs in Nepal thanks to collaboration, conservation and community

Despite poaching and habitat degradation, rhinos are thriving in Nepal 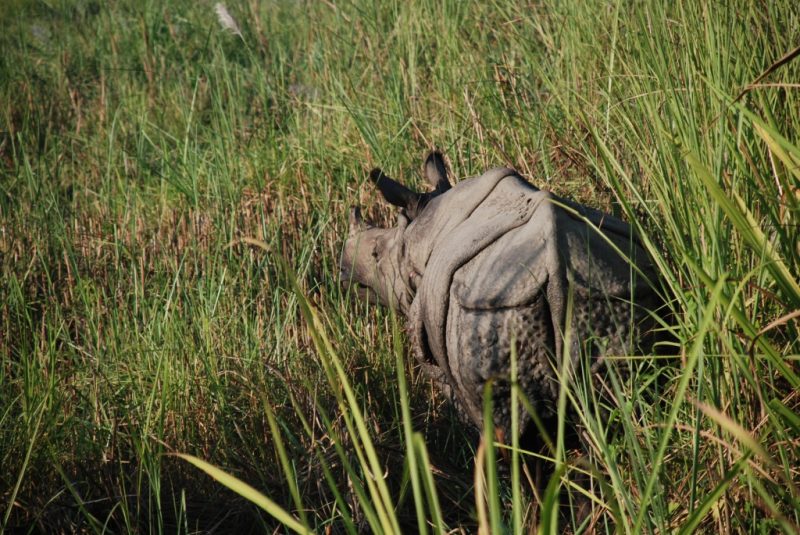 A greater one-horned rhino in the Chitwan National Park in south-central Nepal. Image by the author.

Just a few decades ago, the country's rhino population had been drastically reduced as a result of poaching and habitat degradation. However, anti-poaching and conservation initiatives from the Nepalese government have helped increase numbers over the last six years.

Babu Ram Lamichhane, a conservation biologist from Nepal, announced the good news from the 2021 census on Twitter:

The last rhino count in 2015 found that there were 645 of the animals in the country, with 605 in Chitwan, 29 in Bardia, eight in Shuklaphanta and three in Parsa. Around 161 rhinos had been killed since the last census, of which six were poached.

The greater one-horned rhino population fell to just 100 individuals in Nepal in the 1960s thanks to indiscriminate poaching and habitat destruction, but with the establishment of Chitwan National Park in 1973 and the efforts of strict law enforcement, the population recovered, reaching a total of 612 by the year 2000.

The nationwide count that began on March 22, 2021 involved around 300 people – and 60 elephants. The rhinos were counted by trained observers who recorded information on individual rhinos including sex, approximate age, individual characteristics such as horn size and shape, folds present on the neck and rump, along with body markings including cuts, scars and skin lobes. The cumbersome count had to be stopped twice, after a wild elephant attacked the team in Chitwan and a tiger killed an elephant driver in Bardia. 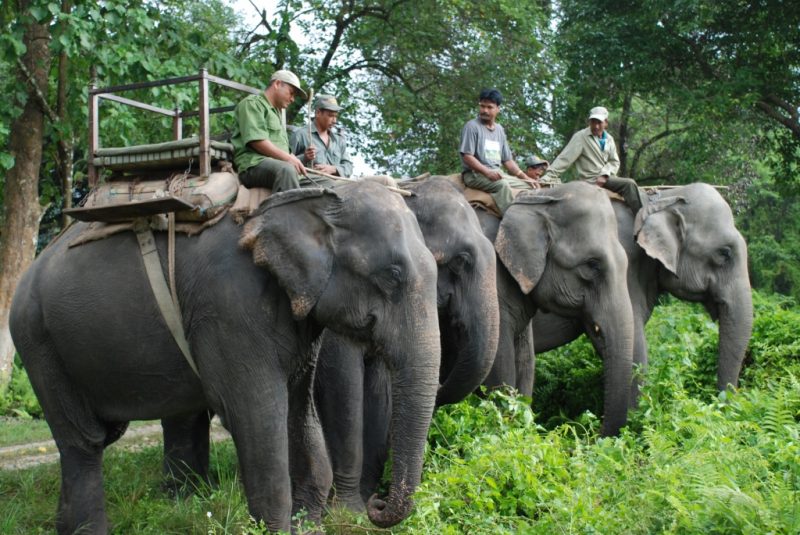 Around 60 elephants and 300 individuals were involved in the national rhino count 2021. Image by the author.

The rhinos – 2-2.5 metric tonne giants, second only to elephants in size – once roamed the whole of the northern Indian sub-continent, ranging from the Indus, Ganges and Brahmaputra river basins, from Pakistan in the west to the Indo-Burmese border in the east, including parts of Nepal, Bangladesh and Bhutan. However, hunting for rhino horns and habitat degradation then saw them restricted to the southern plains of Nepal and north-eastern India.

Rhinos have been poached throughout history, and to this day, for their most prized possession – their horns. They are made primarily of keratin, a protein also found in hair, scales, nails, claws and hooves and long-held to have healing properties in many Asian cultures.

The horns are used in traditional medicines across the continent, in Malaysia, Korea, India, Vietnam and China – with the latter two the most lucrative of these black markets. Chunks of the horns, or powders made from grinding them down, are used to treat ailments from fevers to gout, headaches to high blood pressure, snakebites, food poisoning and possession by bad spirits. Meanwhile carved rhino horn cups – once believed to be capable of detecting poison – and figurines are bought for display, and rhino horn jewellery is much in demand.

While Western media has touted its use as an aphrodisiac in Asian cultures, the Scientific American reports that this has always been minimal, and that in fact what usage does occur could even be driven by incorrect Western reports suggesting it is widespread. However, rhino horn is becoming increasingly popular for recreational use – in Vietnam, it is consumed as “a party drug, a health supplement and a hangover cure by newly wealthy elites,” as reported by the Guardian.

And it's not just the horn that is valued. According to Hemanta Mishra and Jim Ottaway Jr in their acclaimed book The Soul of the Rhino, all rhinoceros body parts are traded – from the tip of the tongue to the end of the tail:

…many Indians and Chinese still believe a ten-gram dose of powdered rhino horn mixed with cinnabar is an instant cure for any kind of fever. Dried rhino tongue, powdered and mixed with milk, is believed to cure children with speech difficulties. Rhino meat is supposed to increase virility. Rhino urine is taken as a cure for asthma. Even rhino dung is valued as the best fertilizer for growing hot chillies. A rhino tail placed under the pillow of an [expectant] mother is supposed to ease labour pain. Powdered rhino penis is ingested as a cure for impotence. 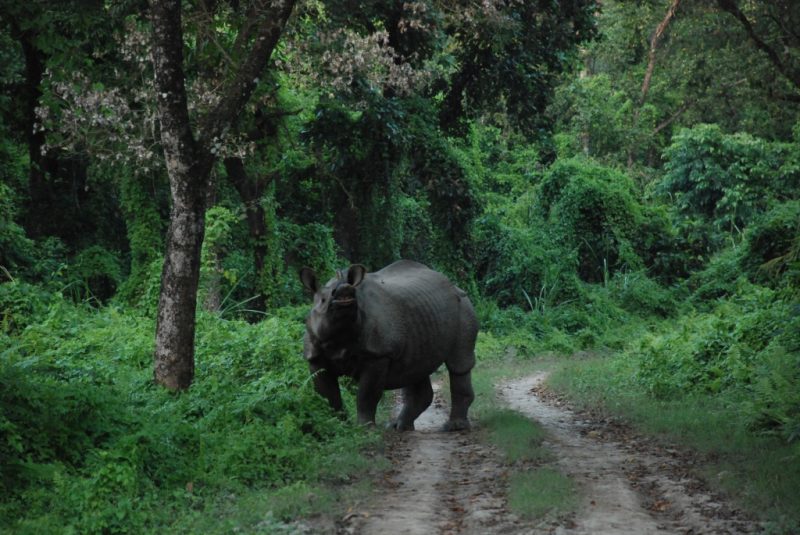 The rapid spread of the tropical plant mile-a-minute or Mikania micrantha along with other invasive species such as Chromoloeana odorata, Parthenium hysterophorus, Lantana camara and water hyacinths, the drying of wetlands and water holes, and vegetation succession have all contributed to the degradation of natural rhino habitats in Nepal. In addition, the encroachment of forest patches in buffer zones and forest corridors, along with the conversion of forest into settlement and agriculture fields, have further fragmented these.

Wildlife researcher Sujita Dhakal is worried about this habitat degradation:

It's a time to rejoice as the number of #rhinos in Nepal has increased to 752 after the census. However, the current habitat degradation bothers me and I wonder if it will be able to hold the healthy viable population in upcoming years. #Conservationhttps://t.co/yf1XxatabU

However, despite the threats to their existence, rhinos are now thriving in Nepal. Government agencies, communities, conservation organisations and security agencies have worked together to revive the population from a paltry 100 individuals. Initiatives including community-based anti-poaching units and patrols by the army – using an Android-based real-time SMART patrol system with CCTV cameras in the protected areas – have played a big part in the preservation of these pachyderms.

Local people, too, are playing their part, with awareness an important factor in providing this protection. Those living in the vicinity of protected areas have realised that conserving forests and wildlife can in fact improve their economic prospects, by attracting tourists. Initiatives aimed at keeping those travellers (and their cash) in local areas and out of big hotels, such as the homestay programmes around Chitwan National Park and Bardia National Park – in which tourists looking for authentic experiences stay with local families – have delivered monetary returns to communities, as reported by Mongabay.

As Mishra writes in The Soul Of The Rhino: “Local people are recognising that Nepal’s national parks and wildlife reserves help maintain clear air, protect river valleys and water catchments, and save clean water – all lifelines of humanity.”