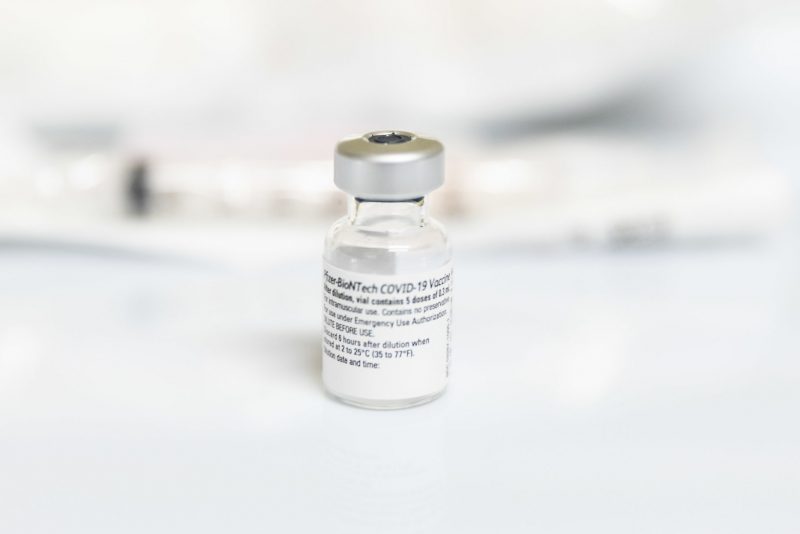 On April 13, Jamaica’s prime minister, Andrew Holness, was pleased to announce in parliament that the shipment of 75,000 shots of the AstraZeneca vaccine received a few days earlier had been swiftly delivered into citizens’ arms. This island-wide vaccination effort, referred to as a blitz, was done in an effort “to use as many of the doses as possible.”

The vaccines, a gift from the government of South Africa that was supplied through the Africa Medical Supplies Platform, arrived on April 8, just two days before the blitz began, but with an expiry date of April 13, they had to be used up quickly.

Chief Medical Officer Dr. Jacquiline Bisasor-McKenzie insisted that despite the expiry date, the vaccines were safe. Despite the concerns raised by the opposition, the planned rollout went ahead.

As the rush to get vaccinated began, younger Jamaicans competed with the more vulnerable elderly. However, the four-day initiative went smoothly overall, with some areas exceeding their target. Others experienced delays and ran out of stocks on the final day due to intense demand, leaving many disappointed citizens.

On Facebook, the Jamaica Gleaner shared photos of weary-looking but determined citizens, noting:

Persons say they have been waiting from as early as 7am at the Holy Trinity Anglican Church in Linstead for their COVID-19 vaccine jab. Nevertheless, some say they are willing to wait until the site closes at 8pm.

The shipment from South Africa is the third batch of vaccines that Jamaica has received thus far. Take-up appeared slow at first, especially among the priority senior age group, prompting the health ministry to expand the categories of eligible citizens the day after the vaccines arrived. For the first time, younger age groups, those with co-morbidities, and certain categories of workers—including 30,000 of the estimated 170,000 in the tourism sector—could now get inoculated. Teachers were also included, since—with Jamaica's schools still closed for face-to-face classes—students have been suffering. It is hoped that schools may be reopened more quickly once teachers are vaccinated.

One large all-inclusive hotel, the Bahia Principe Grand in Runaway Bay, which had been supporting the COVID-19 quarantine effort in the early stages of the pandemic, served as a vaccination centre.

There was much praise for the country's health care workers, who have been working long hours:

I am so very proud of our Healthcare professionals who have given selflessly and made countless sacrifices through this pandemic. We owe you all a debt of gratitude. #ProudJamaicans #Jamaica #vaccinateja @themohwgovjm @christufton

The Minister of Health and Wellness himself received some accolades:

I’m beyond proud of the MOHW team.

Christopher Tufton has shown us what true leadership means.

I hope y’all remember that.

He has lead an exemplary team and I’m so happy, many things go wrong but we must celebrate when things go right.

Lines swelled at the National Arena in Kingston, where vaccines ran out mid-morning:

The authorities have announced that there will be no further admissions at the National Arena for the #COVID vaccine today. Hundreds of people who were waiting in line outside have since dispersed. Hundreds more are now inside, awaiting their vaccine – Contributed video pic.twitter.com/zBvLtRFQJA

There was a flood of enthusiastic tweets, many from younger Jamaicans, who appeared delighted to receive the vaccine:

As the vaccination effort progressed, there was almost a celebratory air at times. Jamaica Defence Force soldiers, who helped organise the larger vaccination centres, did their best to keep those waiting amused—and they often succeeded:

My sister is at the arena waiting for her turn in the Jookie Jam. Yesterday I heard there was music. Today, performances! #vaccinateja pic.twitter.com/bWvnr6Jva2

Despite increased optimism among the public, there is still a lot of work to be done. Vaccine hesitancy remains an issue, with many Jamaicans adopting a wait-and-see attitude, even as wild theories and misinformation continue to circulate, mostly via WhatsApp groups, theories the government is attempting to refute.

One well-known doctor was angered by a fake voice note, purporting to be himself delivering an anti-vaccine message. A clearly irate health minister Tufton added:

Those who advocate that kind of nonsense should be soundly rejected, and I am prepared to reject them in the morning, at noon, in the evening, and at night.

One columnist pointed out that the vaccination effort had not yet reached some sectors of the society, particularly those in rural areas without access to social media:

My senior citizen fr Clobber Manchester was vaccinated this a.m at Manchester High. Tx2 @wcchen for helping. Going4ward I'd like2c more on the ground community outreach2deep rural districts where elders r plucking chickens instead of reading newspapers or staring at “smart”phones

In a recent webinar, Professor of Public Health, Epidemiology and HIV-AIDS at the University of the West Indies in Jamaica, Peter Figueroa, also issued a note of caution:

Asked when we'll return to a sense of normalcy, Prof Peter Figueroa says immediately & emphatically, “Not in the near future!” He goes on to say we'll be hard pressed to get enough vaccines to vaccinate more than 20 percent of population by end of yr.#COVID19 #JaCovid19 #Jamaica

Although the journey towards herd immunity in Jamaica has only just begun, the vaccination blitz has injected a sense of buoyancy that the government will seek to capitalise on.

Meanwhile, after three consecutive weekends of lockdowns, including on the Easter holiday weekend, new curfew hours and COVID-related restrictions were announced on April 13. These come in the context of Jamaica's persistently high numbers of new COVID-19 cases and high positivity rates, although there may be signs that these are easing.

It remains to be seen whether blitzes and lockdowns will have a long-term impact on Jamaica’s still concerning infection rates, but at least Jamaicans now have a good reason to cheer up a little.