From a Kolkata jail to his mother's lap, after 4 decades 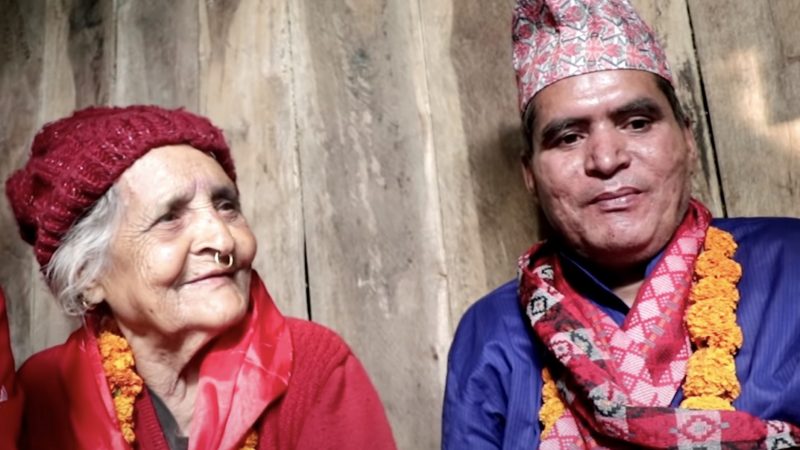 Durga Prasad Timsina with his mother. Screenshot from a video uploaded to YouTube by OnlineKhabar.

Nepal's Durga Prasad Timsina, also known as Dipak Jaisi, was released from the Dum Dum Central Correctional Home in Kolkata, India, 40 years after he was put in jail. The 61-year-old spent four decades without trial in different prisons in India for a crime for which there was no solid proof and which he said he did not commit. He was freed on parole and reunited with his family in Lumbak, in the eastern region of Nepal on March 21.

Timsina was 20 years old when he migrated to Darjeeling, India, in search of work. In 1980, he was arrested after a local man, Naina Ghale, filed a complaint that Timsina had murdered his wife. However, Ghale never took the case further.

According to the video interview done by Nepali media Setopati, Timsina said, “I was told that I would get a job in [the] Indian Army but later they made me accept the false charges of a murder, But I am innocent.”

The family assumed that Timsina had died during the Gorkhaland movement violence in the 1980s. They never searched for him. In November 2020 they found out that he was alive and was in prison. After that, they made efforts to look for support to bring him back home.

In a video interview with Nepali media, Timsina's mother said, “I'm finally happy that he is back into my arms. My search for my son has finally ended; there was a time I thought he would never return.”

People who advocated for his freedom

Some social media users expressed happiness over Timsina's arrival back home as well as concerns about the case.

Release from detention of Durga Prasad Timsina, a Nepali national, on a Calcutta court order, has provided relief to the people of Nepal.
But—
The case deserves full investigation—and compensation—because he was incarcerated for 40 years WITHOUT TRIAL.@narendramodi @MEAIndia 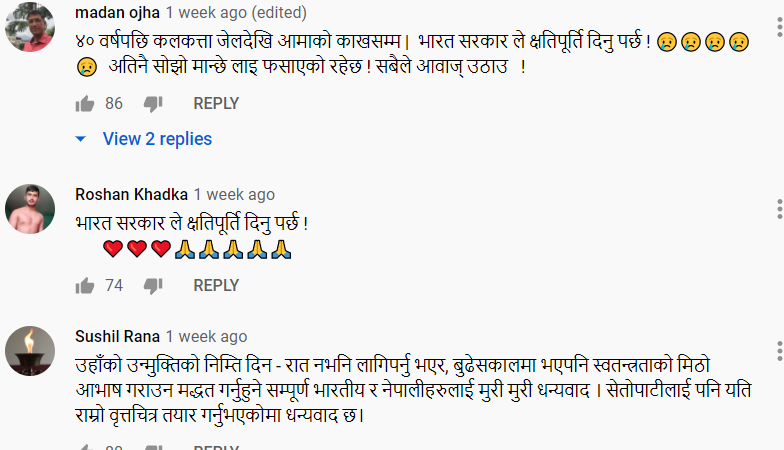 Screenshot of some comments made by YouTube users in the Nepali media.

Madan Ojha: After 40 years, from a Kolkata jail to his mother's lap. The Government of India should pay compensation! Always good people are trapped! Everyone should raise their voice (against this injustice)!

Roshan Khadka: The Government of India should pay compensation!

Sushil Rana: Thank you so much to all Indians and Nepalis who worked day and night for his release and helped him experience a free life even if it is in his old age. Thanks to Setopati for making such a good documentary.

Radheshyam Das was the key person who made Timsinas's freedom possible. They were both kept together at the Dum Dum Central Correctional Home in Kolkata. Das had learned about Timsina's case while he was in jail, and after completing a 10-year sentence at the same prison, he was committed to fighting for Timsina's release.

Das informed the West Bengal Radio Club-Ham Radio about Timsina's case. The information got circulated in no time, and many lawyers came out to support Timasina and seek his release. A lawyer, Hira Sinha, along with other lawyers, volunteered to work on his case, and with the help also of the Nepali and Indian governments and people, Timsina succeeded in being freed on bail. The final verdict in the case is yet to be announced by the High Court of India.

After a long and harsh prison sentence, Timsina appears physically and mentally unstable. In a recent interview with Nepali media, he could hardly recollect his memories, and neither could he speak well.

He spent a precious four decades behind bars. He now looks so weak that he can't even walk without support. He has returned home after spending two-thirds of his life in prison, traumatised and with no determination to live a meaningful life.

The government of Nepal granted citizenship to Timsina upon his arrival, and also decided to support his medical expenses. But such efforts are inadequate for his successful rehabilitation.

Financial hardship is the key barrier that makes reintegration challenging for Timsina. He lost his father when he was young, and his mother is 86 years old with a disability. His family is also living under economic hardship.

Timsinas family is expecting some relief, as the Kolkata High Court has ordered the West Bengal government to offer some compensation. However, it will be hard for his family to proceed with the formality to claim the compensation without help. 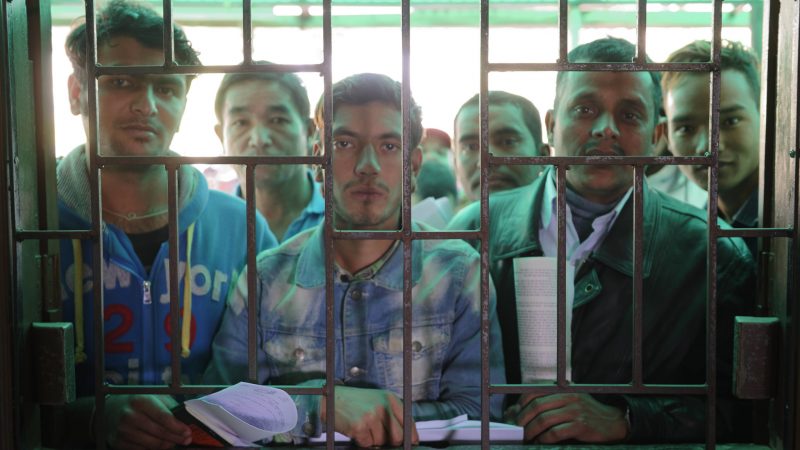 Why is Nepal failing to protect its migrant workers?

Timsina is not the only victim. There are thousands of people who are going through similar pain. People migrate because of poverty and lack of opportunities and India is one of the major labour migration destinations for Nepali workers. The countries share a border, and workers from Nepal need no passport, visa, or work permit to migrate to India for work. Nepal receives one of the highest remittances from India thanks to these migrant workers.

Although the Foreign Employment Act 2007 ensures the protection of migrant workers, there is not enough attention given to its effective implementation. Having no work permit means migrants have no solid legal ground and this is causing many risks to Nepali workers in India; they are under threat of being raped, exploited or falling victim to human trafficking.

The safety and conditions for migrant labour continue to be a major problem, not only for only India-bound Nepali workers. The policies of the Nepali government are of great concern and have often been criticized.

Many Nepali families continue to lose their loved ones who had gone abroad to work. Recently, on Sunday, April 4, the bodies of 12 migrant workers, most of them young people, were brought back to Nepal from Malaysia, one of the major destinations for labour migration. Such incidents sum up the current situation and challenges for Nepali migrant labourers.