In Latin America, mental health can only be achieved through collective memory

Conflicts throughout history have an impact on mental health 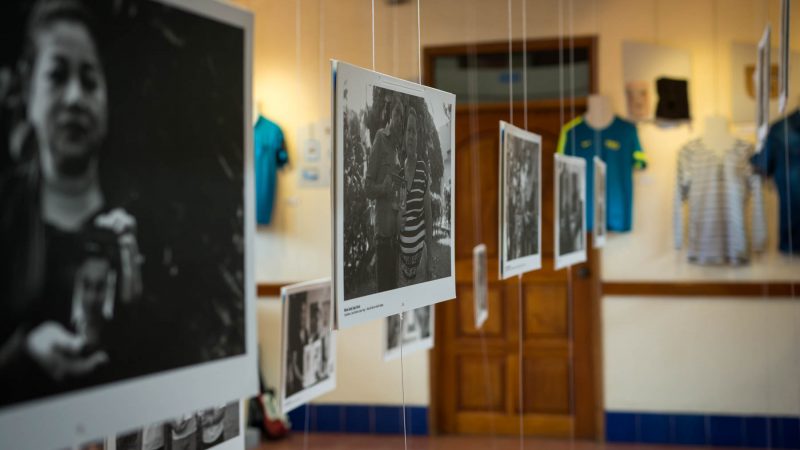 Photo from “AMA y No Olvida (LOVE and Don't Forget)—Museum of Memory against Impunity” in Managua, Nicaragua, used with permission.

The debate on mental health is very important in the Latin American region because of the entire history of socio-political conflicts, criminalized and persecuted social movements, militarization, civil wars and other events. Most Latin American societies—if not all—need to participate in exercising collective memory, since this can represent a significant step for restoring the damaged collective identity.

Socio-political conflicts leave serious consequences on societies, and it is not something that only affected the country long ago or in its recent history. The entire person, family, and collective history of losses leave wounds that often cannot be healed—and in most cases, are not even treated. As a result, a collective identity is imposed by the official truth, which is established by “the winners.”

The French psychologist and sociologist Maurice Halbwachs argues that everything we call memory has a social component. He explains that even our most personal memories “are related to all the material and moral life of the societies to which we belong.” Following this premise, all these conflicts that have impacted our countries are part of our memory and also have an effect on our collective identity.

In circumstances where repression, mourning, and the imposition of self-censorship are prevalent, one of the techniques most used by both the victim and the perpetrator is silence. People are forced to silence dissent, protest, opinion, and based on that, the perpetrator builds their official version of how events happened without taking into account the stories of the victims.

On the other hand, the official narratives stemming from places of power are reproduced by other people who want to obtain more power; they reproduce discourses, or create new ones, that blame the victims for what they suffered and thus revictimize people without even knowing their version of events.

This situation gradually impacts the social fabric, polarizes society, and also marginalizes and even criminalizes the victims. This, for example, was the case in Nicaragua in 2018, when the state criminalized protesters against the Daniel Ortega government to discredit their cause. This leads to more trauma, mistrust, and of course, chronic grief as experienced by families and victims during the genocide in Guatemala.

Giving real meaning to our stories

When discussing the need for collective memory, I do not mean the gathering of information, speeches, or songs. I am referring to a resignification of all this information in order to be able to gradually incorporate it into our daily lives and provide a new meaning to an event, even if we have not participated directly in it.

An example of this is the colonial settlement: indigenous and Afro-descendant groups, with their identity and historical experience, counteract the official account of the settler and offer a different perspective which modifies in the present an event that we know from the past, as the Nicaraguan anthropologist Maria José Díaz explained to me during an Instagram Live discussion.

According to the Nicaraguan historian and researcher Margarita Vannini in another Instagram Live, the resignification of a historical event, the narration of truth, and dissent from the “official lie” that creates a hegemonic state provide a sense of dignity to the victims of traumatic events. This is because the damage suffered during these events is no longer private, there is the possibility of social recognition of the events. Therefore, this represents a first step towards improving mental health.

We must also stop classifying victims only as such because they are people who have had their human rights violated, they had to stay silent and move on as if nothing had happened. Therefore, undermining one person's agency or identity when we refer to them only as a victim is also a form of revictimization.

It is not about accepting forgiveness as a middle ground or for reconciliation. The search for truth must not be negotiable and cannot be forgiven when the perpetrators do not even take responsibility for their actions or for their participation in human rights violations.

Policies of erasure and instrumentalization of memory

It is very clear that when a large group of people seeks to establish strategies to exercise collective memory, those in power will seek to suppress this narrative because their goal is oblivion and for their version to remain unique and indelible.

This is the case in Nicaragua, where the state maintains that the 2018 protests were an attempted coup instead of valid anti-governmental demonstrations. Researcher Vannini argues that the state does not succeed in any way in imposing actual oblivion — it can only establish public policies of erasure that highlight the story of the winners and obliterates the victims. A clear example of a policy of erasure was when the Nicaragua state removed crosses at a roundabout in the capital, Managua, that were placed to honor the memory of the youths killed by police.

On the other hand, those in power or aspiring to power reproduce and distribute a version of the past event and its remembrance. It implies using the victims (survivors or not), their stories, and their traumas to identify themselves as “representatives” worthy of respect for their social conscience. This strategy amplifies revictimization.

Our individual and collective history is not a static point in time and space, but a dynamic process that can be redefined and interpreted in another way. Remembering to provide social recognition to these events should be a practice that we incorporate into our daily lives in order to dignify our identity that has been violated and to fight against an imposed lie. Examples of such recognition are the October 12 “Day of Indigenous Resistance” instead of Colombus Day, the Latin America and Caribbean Network of Sites of Memory, or more recent initiatives, such as “AMA y No Olvida (LOVE and Don't Forget)—Museum of Memory against Impunity” promoted by the Asociación Madres de Abril (the “Mothers of April” Association) in Managua, Nicaragua.

Latin American societies have a history full of events that brought losses and mourning—many of these prolonged or chronic—and this has been achieved through the imposition of silence. Therefore, we cannot understand our mental health without our individual history, which in turn cannot be conceived outside the collective history of the societies in which we live.