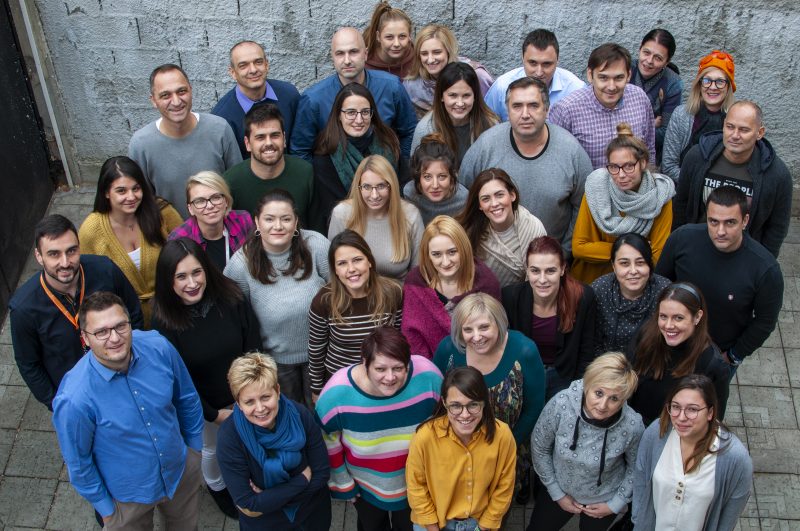 This story was originally published by Meta.mk. An edited version is republished here under a content-sharing agreement between Global Voices and Metamorphosis Foundation. CRTA is Global Voices content partner.

The Center for Research, Transparency and Accountability, CRTA, which runs the oversight initiative Open Parliament and the fact-checking outlet Istinomer, has been the target of this high profile slander campaign, along with the investigative reporting outlet KRIK, which runs anti-disinformation site Raskrikavanje.

In early March, two members of parliament from the ruling Serbian Progressive Party (SNS), Aleksandar Martinović and Vladimir Orlić, verbally attacked CRTA and accusing it of supposed involvement in an attempted coup d’état and assassination of the president. These accusations came after the organization submitted a complaint to the relevant parliamentary board against Orlić, on account of violating the code of conduct for parliamentarians by promoting discrimination, animosity and violence against newsrooms of certain media outlets.

On March 13, in response to the accusations, CRTA filed a request to the state prosecutors office to initiate investigation about the claims. The prosecutors are yet to respond to this demand and initiate a process in which the MPs would publicly testify (as witnesses) and explain the accusations against the organization as an accomplice in a conspiracy against the state.

These grave accusations against CRTA and KRIK are but one form within the trend of institutional attacks against civil society and independent media which raise public interest issues of accountability of state officials and institutions through evidence-based advocacy and professional journalism.

As pro-government tabloids and politicians continue to increase tension in Serbian society, many observers fear that the witch-hunt initiated in the parliament can spread on the streets and endanger the safety of journalists, civil society activists and all other critics labeled as ‘enemies of the people’ or ‘enemies of state’.

Since MPs enjoy immunity from criminal and civil responsibility for claims they make within parliament chamber, an investigation of their allegations about supposed conspiracy is the only way that they could be made to testify on the record and substantiate their claims.

CRTA noted that if Orlić and Martinović have any incriminating evidence about supposed high crimes, they must immediately cooperate with the prosecutors.

In practice, the attacks continued with increased intensity, as reported by investigative outlet Insajder. At the parliament session of March 17, MP Martinović again issued a range of accusations against independent media and CSOs claiming that they are “criminal organizations which don’t pay taxes in Serbia and run nontransparent projects” on behalf of foreign governments. That time, the MP also issued a range of accusations and implied threats against CRTA Program Director Raša Nedeljkov and CRTA Director Vukosava Crnjanski, including claims about knowing where she lives, how her apartment looks like and what kind of automobile she drives.

Without providing any evidence, MP Martinović also claimed that CRTA and KRIK editor Stevan Dojčinović are involved in money laundering of millions of dollars. Defamation was followed by death threats over social media.

CRTA reacted to the threats that also entail incitement of violence by ruling party supporters or other people who are egged on dealing street justice to citizens labeled traitors to the state and criminal profiteers.

The counting of square meters of the apartment of our Director Vuka Crnjanski by Aleksandar Martinović from SNS today in parliament pales in comparison with the bullying message – ‘We know where you live.’

International organization Civil Rights Defenders issued a demand to members of Serbia’s ruling party to refrain from threatening civil society organizations and called upon the Public Prosecutor to investigate recent threats against CRTA at the National Assembly.

39. Stresses that abusive language, intimidation and slandering campaigns against political opponents and representatives of the media carried out by MPs in the plenary of the National Assembly represent a breach of democratic practice and fundamental democratic values that should be strongly condemned and sanctioned in line with the rules of procedure; is appalled by the recent orchestrated attacks carried out by several MPs and pro-government tabloids against investigative journalists and members of civil society, including those from the independent media network KRIK and NGOs such as CRTA and the Open Parliament, portraying them as associates of organised criminal groups and as coup plotters, which is in gross violation of their own recently adopted Code of Conduct for MPs;

The representatives of the international community in Serbia also condemned the slander campaign at a number of meetings with civil society representatives.

I spoke with @CRTArs Director @vukac to express solidarity and support after recent attack. Civil society plays an important to inform and keep all accountable. It needs outmost respect.

Highest public official in Serbia commented on the European Parliament resolution, disputing its veracity. President Aleksandar Vučić said that he will tell his party supporters to cease issuing threats and to cease publicly revealing addresses or phone numbers of CRTA and KRIK staff, but that he retains a very negative opinion about their work. Prime Minister Ana Brnabić stated that the claims from the EP resolution are completely false.

At the opening of the conference “Citizens have the power” on April 8, CRTA Director Vukosava Crnjanski responded to a question by the moderator about whether they have expected attacks of such brutality from the forces that had performed ‘state capture,’ Serbin daily Danas reported. 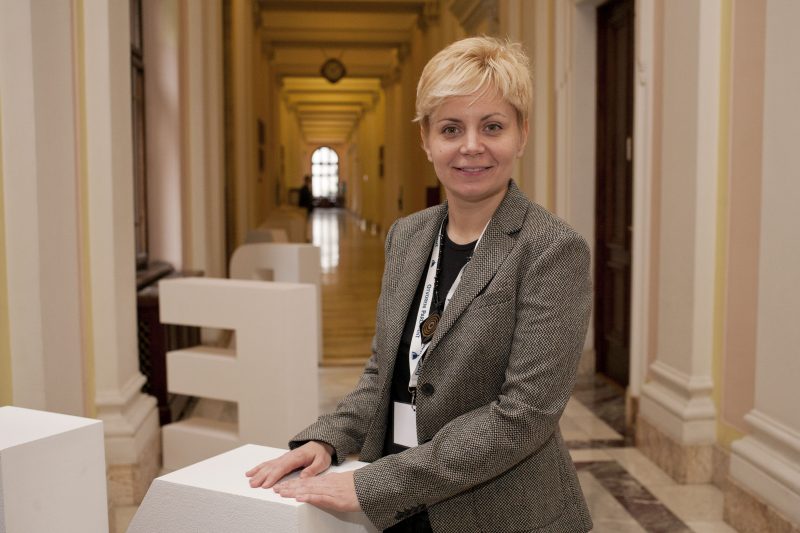 “The reaction by the European Parliament and the international community showed that there are limits which they would not allow to be crossed [by the regime], even though we, the activists, cannot afford to rely on their support only. The issue here is the right to activism and the right of citizens and activists to fight corruption,” Crnjanski noted.

She said that CRTA’s peril is less important than the threats against whistleblowers like Aleksandar Obradović and Marija Lukić, as well as against local activist organizations like the Red Badges from Smederevo and Defend Tesla from Pančevo.

“It is important to show that we are not afraid and that we stand by the citizens,” Crnjanski concluded.

Correction note [April 12, 2020]: A previous version of this story included an unattributed claim that was found to be editorialized and incompatible with Global Voices’ Editorial Code. The sentence was as follows: “Otherwise it would be clear that they can use the parliamentary immunity to continue to spread hate speech, as well as irresponsibly and without a shred of evidence incite lynching of individuals and organizations.” The previous version also included an internal editorial note. Both the sentence and the note have been retracted. Global Voices apologizes to its readers for this mistake.