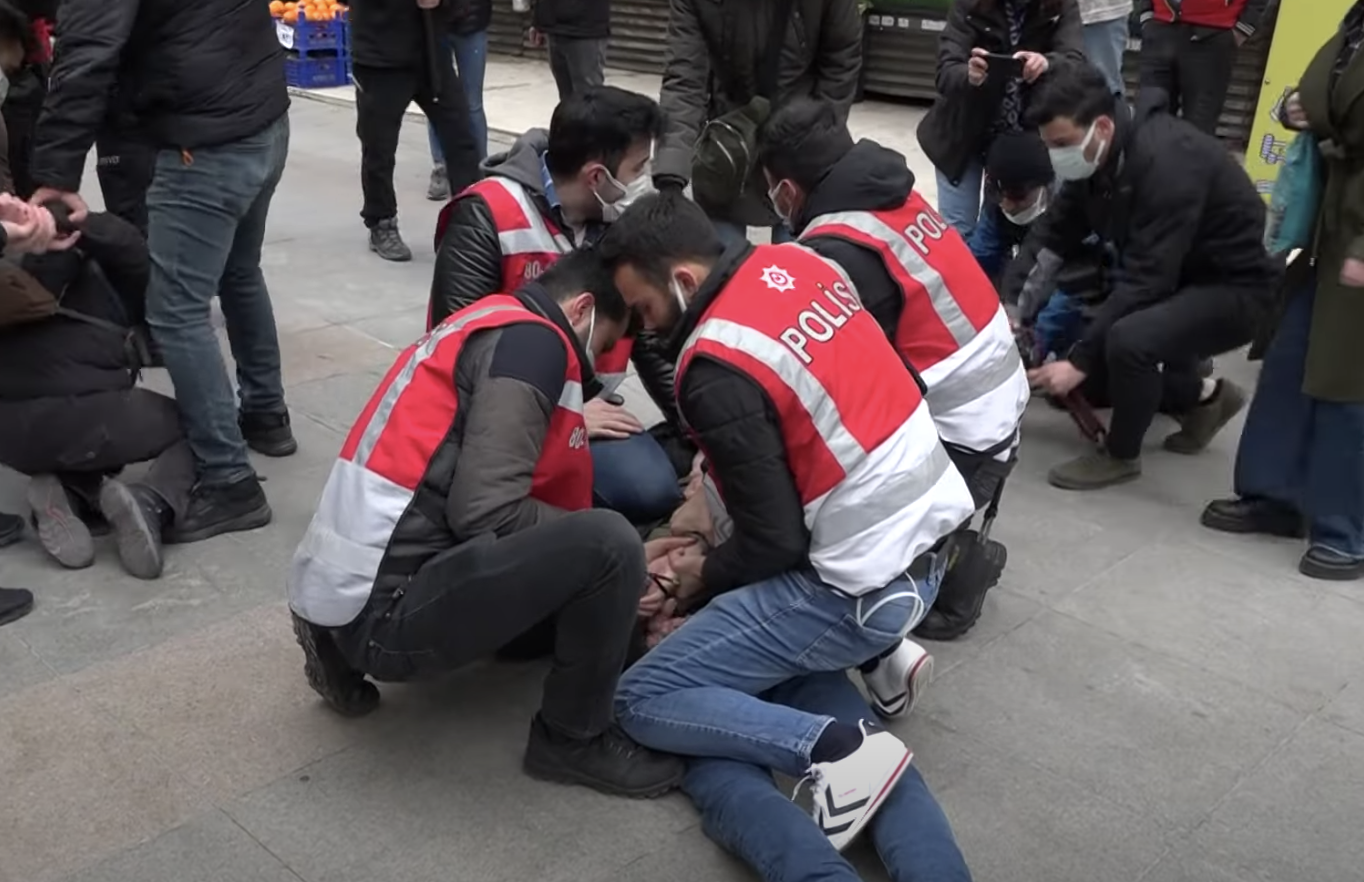 Protests at one of Turkey's most well-known institutions Boğaziçi University, continue well into the fourth month, triggered by the appointment of a new unelected rector Melih Bulu.

Bulu, who took office on January 1, has ties to the ruling Justice and Development Party (AKP), and was appointed by President Recep Tayyip Erdoğan, thanks to decree law from 2016 which authorized the president to directly appoint rectors to universities.

Students at Boğaziçi University have faced police violence since the first day of protests against Bulu’s appointment. As of February 7, the Boğaziçi Solidarity platform announced that at least 560 students were detained (and while they have all been released, their prosecution is on-going), 25 were sentenced to house arrest and 11 were arrested on charges of ‘degrading or provoking the public to hatred and hostility’, ‘resisting policy authority’, ‘violating the law on demonstrations’, and ‘resisting to prevent public duty’. At least five students were reportedly detained for carrying LGBT flags on March 25. Others were handed travel restrictions and judicial controls requiring they sign in at the nearest police station on a regular basis.

Meanwhile, Bulu claimed he defends LGBT individuals’ rights and freedoms, adding that he dreamt of holding this position for a long time and said he wanted Boğaziçi to become among the world’s top 100 universities. On February 3, he told reporters: “We will bring Boğaziçi University to a much better point.” So far, his decisions fall short of his aspirations. In April, Bulu shut down the University's Commission on Prevention of Sexual Harassment, sending its coordinator Cemre Baytok on unpaid leave. In March, Bulu announced new reassignments within the key positions of the university, including the Vice Rectors,  who are all male, with some responsible for more than one position.

According to Human Rights Watch, dozens of students were placed under disciplinary investigation, on the grounds of  ‘insulting campus security personnel’ and ‘organizing unauthorized protests on campus,’ which could result in temporary or permanent expulsion from the university.

A group of students and academics across Turkey and abroad have expressed solidarity with Boğaziçi University's students since January. Some have issued support letters, others have joined protests across the country as well as in Istanbul. The most recent protest took place on April 1. Students gathered in Kadikoy district of Istanbul demanding the release of their friends, Anıl Akyüz and Şilan Delpata, who were arrested while attending Boğaziçi protests on February 2 in Kadikoy.

Reports from the scene showed police using tear gas and rubber bullets to disperse the crowd, as well as excessive force, throwing students on the ground and grabbing them by their throats. According to the Boğaziçi Solidarity Group, at least 35 students were detained. All were released after testifying.

All students are released

The evidence of police violence reminded many of citizen George Floyd’s death at the hands of US police officers, causing the Turkish translation of “I can't breathe”, which Floyd uttered before his death, trend in Turkey.  Social media users created the #NefesAlamiyorum hashtag in protest, sharing photographs attesting to  government intolerance  for demonstrating students.

Turkey has its own “I can't breathe” moment after these insane photos of police grabbing protesters by the neck #NefesAlamıyorum https://t.co/vV8HVy88is

Scenes of the government police, using their power against students and young people of this country who are resisting for their just struggle. Freedom is like a spark, we will win through resistance.

#DirenişKadıköyde#Turkey#bogaziciuniversity
Students protests against the president Erdogan's appointment of a party member as rector of Boğaziçi University.

This is how university students are treated and taken into custody when they peacefully protest in Turkey.
A number of disturbing scenes as such filled my feed. #Nefesalamıyorum #direnişkadıköyde https://t.co/Y0sOLQuQZj

Turkish police kneel on a student's neck during peaceful protest of Boğaziçi students. “I can not breathe” #NefesAlamıyorum #BogaziciDireniyor pic.twitter.com/D11SMB898g

On April 2, both Şilan and Anıl were released. The court also ordered the release of all the other students. However, the trial process continues.

Back on campus, resistance by the faculty members against appointed rector continue. For the last two months the academics have stood outside the rectorate building, with their backs turned against the building in protest.

Boğaziçi Resistance continues for its 93rd day. The academics turned their backs on the trustee building on the 67th day of their watch. Our resistance will continue until we send all the trustees!