Dagbani is spoken by three million people in northern Ghana 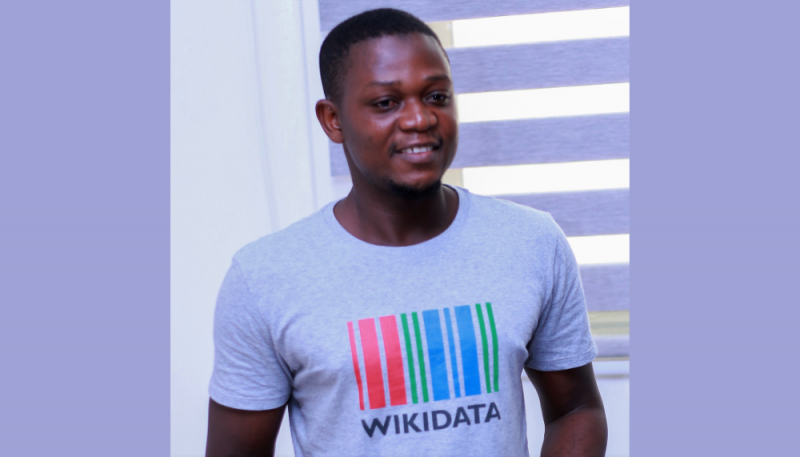 Editor's note: From April 6-13, 2021, Sadik Shahadu will be hosting the @DigiAfricanLang rotating Twitter account which explores the ways in which technology can be used to revitalize African languages.

In early 2021, over 4,000 Dagbani words were recorded and uploaded to Wikimedia Commons as part of a campaign to raise the visibility of the language.

One of the coordinators of that project was Sadik Shahadu based in Accra, Ghana. In addition to being a co-founder of the Dagbani Wikimedians User Group, a Mozilla Open Leaders X fellow and a Mozfest wrangler for Mozilla Festival 2021, he also serves as a regional ambassador for indigenous communities at Art and Feminism.

Rising Voices’ Adéṣinà Ọmọ Yoòbá spoke with Shahadu to find more about his work promoting the Dagbani language on the internet.

Adéṣinà Ọmọ Yoòbá (AOY): What is the current status of your language offline, as well as online?

Sadik Shahadu (SS): My language (Dagbani language) status is deficient on the internet, and it is almost impossible to get information written in Dagbani. For example, when you take Google, you can access Google in other languages like Hausa and Akan. There is nothing like that for Dagabni yet. Most media stations in northern Ghana do not have most of their TV and radio programmes available in Dagbani. Even with print media, I am yet to see any local newspaper written in Dagbani.

Even though there are offline Dagbani resources and learning materials in most public libraries in some schools from the north, getting access to them is somehow difficult. In a nutshell, many people don't like writing in their local languages like Dagbani.

(AOY): What do you think are the biggest challenges facing your language community when it comes to digital communications or creating digital content in their mother language?

SS: Many challenges exist when it comes to local language communities in Ghana. For the Dagbani language, I think the style of teaching and learning, especially at the basic school level, is appalling, If the foundation is weak, it will definitely affect all other levels. For example, children who perform best in Dagbani as a subject don't get recognized, unlike those that perform well in other subjects. How do we expect them to develop more interest? So I will say the approach to teaching the Dagbani language is unattractive.

Another reason could be technology and platform support. There is currently no free iOS keyboard for the Dagbani language, making it difficult to type any special Dagbani letter on an iPhone.

(AOY): In your opinion, what are some of the steps that could be taken to encourage increased use of the language on the internet?

SS: To increase the use of the Dagbani language or other local languages on the internet, the government or the Ghana education service (GES) must revise the course materials used for teaching. Some of these resources are old fashioned and unattractive.

Second, more resources (funding) should be channelled into creating more digital educational materials or online resources for easy access. Offline resources like the internet-in-a-box device can also be useful to people with limited access to the internet.

Finally, we must develop more interest in contributing to the Dagbani Wikipedia.

(AOY): What is your primary motivation for working to see your language and culture available on the internet?

SS: As an ambassador for indigenous communities, I am more interested in promoting my culture and the Dagbani language on the internet. It is important to do so by contributing contents from Ghana to Wikimedia projects like Wikipedia and Wikimedia Commons. I want to make information and knowledge more accessible in Dagbani so people who cannot read and write in English will also have access to them.