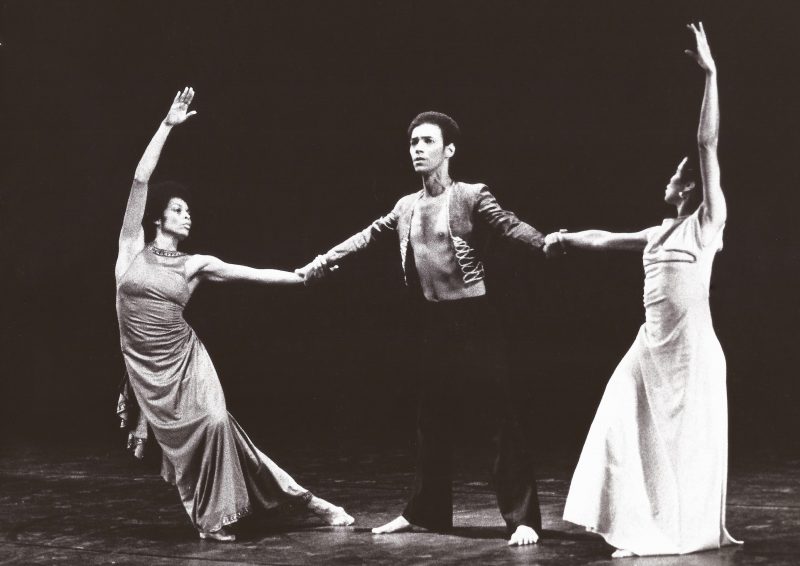 Dancer, choreographer, teacher, designer, and founding member of the National Dance Theatre Company (NDTC) of Jamaica Bert Rose has died at the age of 81. His passing on April 1, at the University Hospital of the West Indies, Kingston, was met with great sadness by the creative and theatre community. Rose had reportedly been ailing for some time. 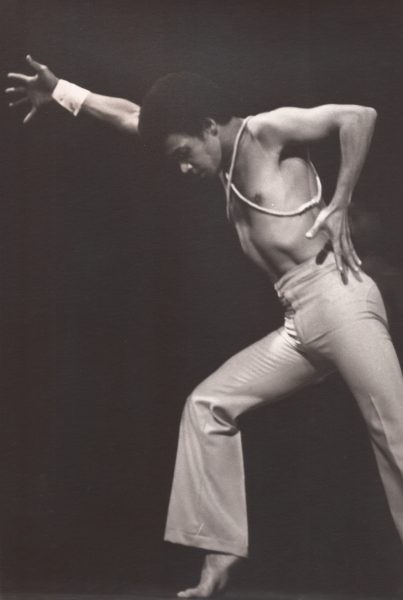 Bert Rose dancing in a piece called “The King Must Die”. Photo courtesy the National Dance Theatre Company of Jamaica, used with permission.

Rose was among the seventeen founding members of the NDTC, brought together by Jamaican cultural icon, the late Rex Nettleford and choreographer Eddy Thomas. The NDTC was officially launched at the Little Theatre in September 1962, one month after Jamaica gained its independence from Britain. Upon hearing of Rose's death, the NDTC paid him tribute:

Rose was […] capable of emotional intensity and expressive agility of form. He won praise for his portrayal of the plantation owner in Legend of Lover’s Leap (Eddy Thomas) when he was one of the youngest of the Company. The role in which he made a most lasting impression, however, was as the man in Dialogue for Three (Rex Nettleford).

On its Facebook page, the NDTC also noted his accomplishments as a dance instructor. Apart from tutoring at the Jamaica School of Dance, which he co-founded in 1970 along with Sheila Barnett and Barbara Requa, he had stints at the Tanz Forum, a dance school in Vienna, Austria, and the famous Spellman College at Atlanta University in the United States. Rose had also been a senior choreographer and former principal dancer before teaching at the NDTC, and worked in the extra-mural department of the University of the West Indies, through which he conducted dance workshops throughout the region, including in Dominica, Barbados, Montserrat, St. Lucia and Trinidad and Tobago:

Mr. Rose’s contribution to nation building has created the foundation for others to rise to their own greatness. He has left behind a legacy that will live on for generations. As the Company goes through its period of mourning, the Board of Management, Artistic Director and its members remain grateful for the outpouring of love and support from home and abroad. […] He was truly a remarkable creative luminary. He will be sorely missed. Dance on Mr. Rose … 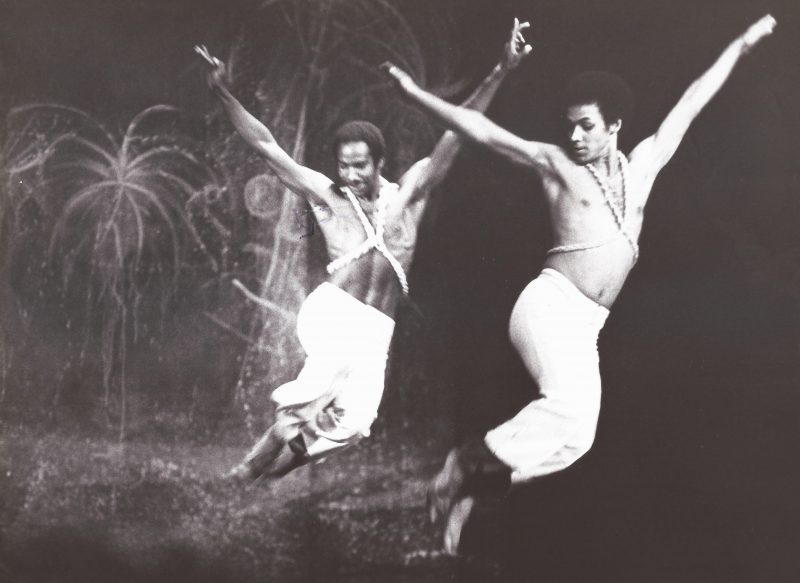 The NDTC repertoire draws on Jamaican folk traditions in narrative dances, exposing audiences to both local and wider Caribbean culture. It continues to host an annual performance at the Little Theatre, and has toured extensively in the United States, Canada, the United Kingdom, Finland, Germany, Russia, and throughout the Caribbean and Latin America.

Having started out in different locations, Jamaica's schools for creative expression like the visual arts, music, dance, and drama were brought together in 1976 under the auspices of the Cultural Training Centre, an arm of the Institute of Jamaica. They were further consolidated into the Kingston-based, government-funded Edna Manley College of the Visual and Performing Arts in 1995. The college's well respected dance school now offers Bachelor of Arts and Fine Arts degrees in Dance and Dance Education. 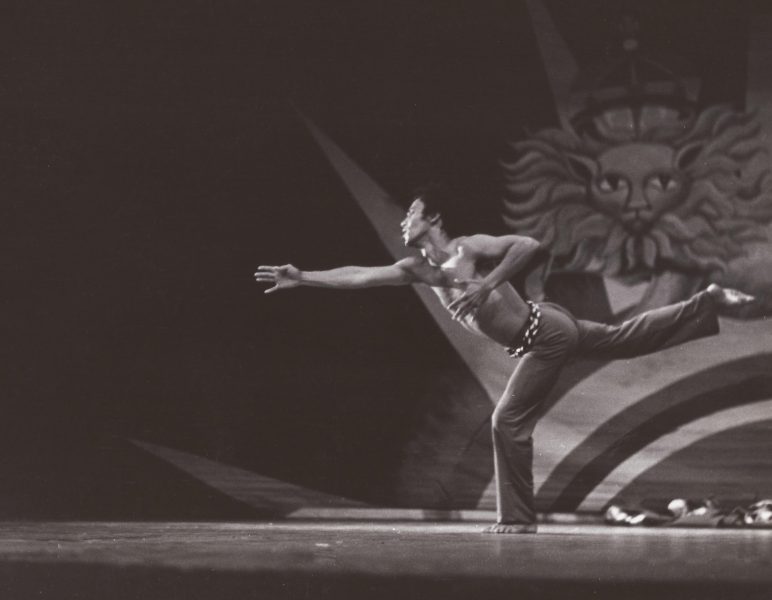 At the height of his dancing career in 1973, Rose began to choreograph more seriously, producing 13 pieces, including “Thursday's Child,” “Glory Road,” “Edna M” (dedicated to artist and sculptor Edna Manley) and “Reflections.” He also choreographed a performance of Jamaica’s annual Pantomime at the Little Theatre in 1977. 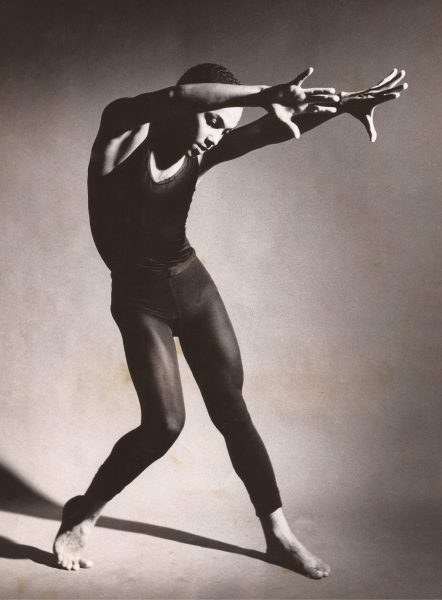 A distinguished teacher, event organiser, and artistic advisor to the NDTC, Rose received from the Institute of Jamaica a national award (Order of Distinction) and a silver Musgrave Medal, an annual award that recognises achievement in art, science, and literature.

As a dancer, Bert Rose lit up every stage on which he appeared with his energy, faultless technique and enthusiasm…He felt and displayed the pulse of the Jamaican people as he took to stages across the world…Bertie was electric and electrifying.

Bert Rose was also loved by audiences and students for his willingness to give of himself to others…For him, like his many times choreographer, the late Rex Nettleford, the creation of a Jamaican-Caribbean aesthetic must be a part of our definition as an independent Jamaica.

Jamaica’s dance arena has suffered another tremendous loss with the death of Bert Rose, co-founder of School of Dance @EMCJamaica & founding member @NDTCJAMAICA, which was launched in 1962, one month after Jamaica’s independence.

Jamaica has lost one of its great creative personalities. Bert Rose, dancer, choreographer, founding member of NDTC and set designer has passed. His grace, humour and creative imagination will be missed. pic.twitter.com/N46rmJUGju

So sad to hear about Bert Rose passing, when I started my business he was very supportive, we worked on a few projects together, he was one of Jamaica best creative minds, Rest well my friend

On Facebook, dramatist and founder of Sankofa Arts, Fabian Thomas, expressed his sadness:

Bertie Rose dancing with Alma Mock Yen at his 80th birthday party in May 2019.

In his later years, as director of his Rose & Company, he coordinated and consulted on numerous theatrical events, including the popular fundraiser “Powerful Men and Women.”

In a virtual chat celebrating the NDTC’s 58th anniversary in July 2020, “Uncle Bertie” Rose and co-founder of the Jamaica School of Dance Barbara Requa looked back at the company’s history, recalling that dancers from various dance schools, including the Ivy Baxter Dance Troupe, had given a highly successful performance at Howard University in 1961, followed by a show at Kingston’s Ward Theatre.

Rose recalled with some humor that the following year, in August 1962, he danced “as a star apple” in a piece with the Jamaican Dance Company entitled “Fruit Salad” at Jamaica’s independence celebrations. When independent Jamaica was just one month old, the NDTC was formed. 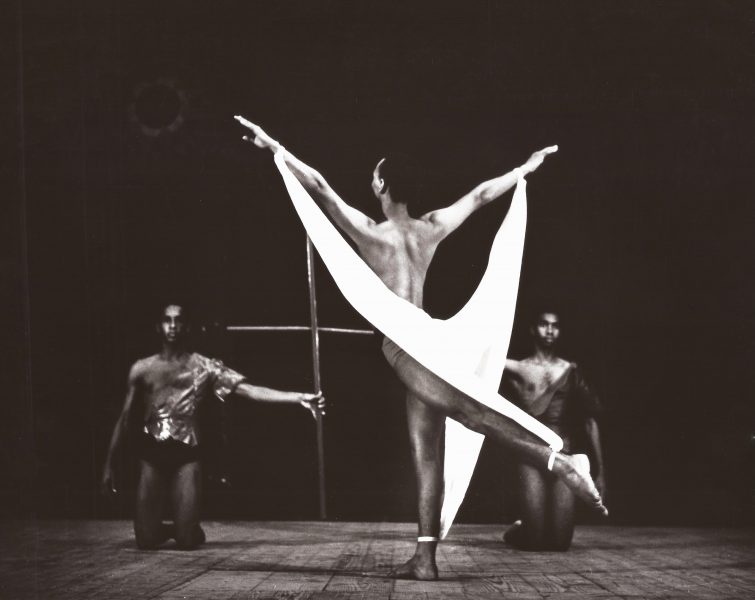 Bert Rose dancing in “And It Came to Pass”. Photo courtesy the National Dance Theatre Company of Jamaica, used with permission.

“A new beginning, a new country, new flag, new anthem …For us, it was the beginning of a new life,” recalled Rose last year, sharing memories of independence. Certainly, he was among those who were instrumental in cementing Jamaica's creative and cultural legacy and an inspiration for future generations of dancers.

Despite Rose's passing, the NDTC will present—for the 40th year—its celebration of dance and song on Easter Sunday morning. It is also sure to be a celebration of the life and contribution of this well-loved Caribbean icon.