The Eurovision Song Contest is no stranger to political controversies 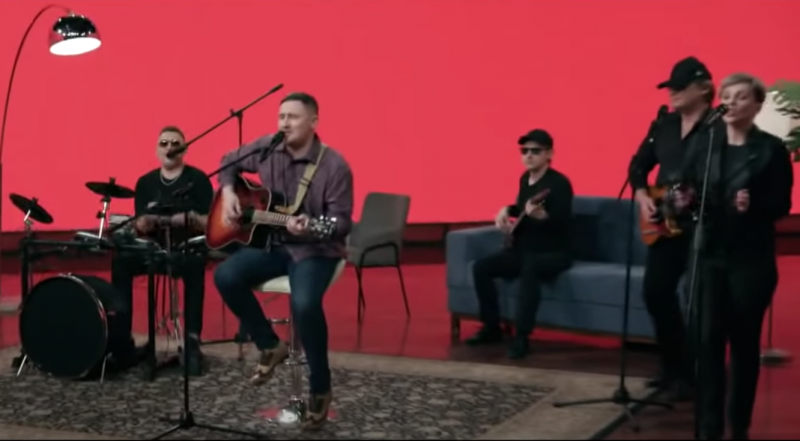 Galasy ZMesta, the Belarusian 2021 Eurovision contestants, have been excluded from the competition. Screenshot from ATN on YouTube.

Belarus has been excluded from participating in the 2021 Eurovision Song Contest, scheduled to take place in Rotterdam, the Netherlands, on May 18-22, 2021, after both of the songs it submitted were found to be “in breach of the rules of the competition.”

The European Broadcasting Union, which is responsible for organizing the annual singing competition, disqualified the first song recorded by Belarus’ Galasy ZMesta band and titled “Я научу тебя” (“I will teach you”), in early March, asking the state broadcaster Belteleradiocompany (BTRC) to “take all steps necessary to amend their entry to this year’s event to ensure it is compliant with the rules of the competition.”

Per Eurovision rules, each country's state or public service broadcaster is responsible for managing the national selection process and working with the selected artists to vet their song entries. In late March, BTRC submitted a second song by the same band, but EBU also found it objectionable.

It was concluded that the new submission was also in breach of the rules of the competition that ensure the Contest is not instrumentalized or brought into disrepute.

As BTRC have failed to submit an eligible entry within the extended deadline, regrettably, Belarus will not be participating in the 65th Eurovision Song Contest in May.

Though the initial song submitted by GalasyZMesta isn't explicitly political, it contains veiled references to the power struggle currently ongoing in Belarus. For instance, the refrain, based on the song title, goes: “Я научу тебя плясать под дудочку / я научу тебя клевать на удочку” (“I'll teach you to dance to my fiddle/I'll teach you to swallow the bait”). The musicians themselves are open about their support for the embattled de facto President Aliaksandr Lukashenka: many of their songs contain ironic commentary aimed at ridiculing the Belarusian opposition and the participants of the recent anti-government protests.

Read more about the ongoing turmoil in Belarus

Internet users had mixed reactions to the news of the ban. The official YouTube video for the second song (“Песенка” or “Little Song”) racked up 3,000 likes, 8,000 dislikes and over 3,000 comments in the first 48 hours. Commenting on the video, user Volny Stsyag said: “It's a good thing Eurovision doesn't give you a third try. I shudder to think what that would look like.”

Others, like user Sew Zavjalov, thought the game was rigged from the start: “Well done, lads, you've proven that the contest is politicized. There was an order to remove Belarus from the competition, so they did, and would have done it anyway, even if they simply played music without words.”

On their official website, the band explicitly notes their pro-government sympathies, proclaiming that “When they're trying to destroy the country that we love and where we live under the guise of ‘political struggle’, we cannot stay silent.” Commentators also note the choice of the contestants to submit the song in Russian rather than in English or Belarusian.

The band's frontman Dmitry Butakov told the Esquire Russia magazine that the ban did not come as a surprise and that the second song they submitted was “a fable kind of song… written on purpose,” hinting at its political undertones.

Reacting to EBU's decision, Ivan Eismont, head of the BTRC called it “politically motivated” and insisted that Galasy ZMesta had “made history” and that “Belarus had won this Eurovision.”

No room for controversy 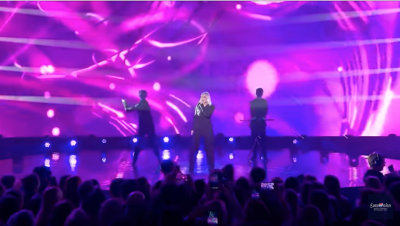 VAL, Belarus’ 2020 contestants, in the official video for their song “Da Vidna.” Screenshot from YouTube.

Belarus’ 2020 Eurovision choice, the R&B/pop duo VAL, who missed their 2020 chance to perform their Belarusian-language song, “Da Vidna” (“Before Dawn”) due to the pandemic, were denied the 2021 slot after a series of interviews in which they spoke out against government crackdown on the mass protests that followed a contested presidential election in August 2020.

The Eurovision Song Contest is no stranger to political controversies. In 2009, one year after the Russo-Georgian war, Stephane & 3G, the Georgian band selected for the annual competition, were asked to amend the lyrics to their entry, provocatively titled “We Don't Wanna Put In,” or to submit a new song. When they refused, Georgia was barred by EBU from participating in the 2009 contest, which was hosted by Moscow.