Beijing has rewritten Hong Kong's electoral rules. What will change?

It's a total overhaul of Hong Kong's representative democracy 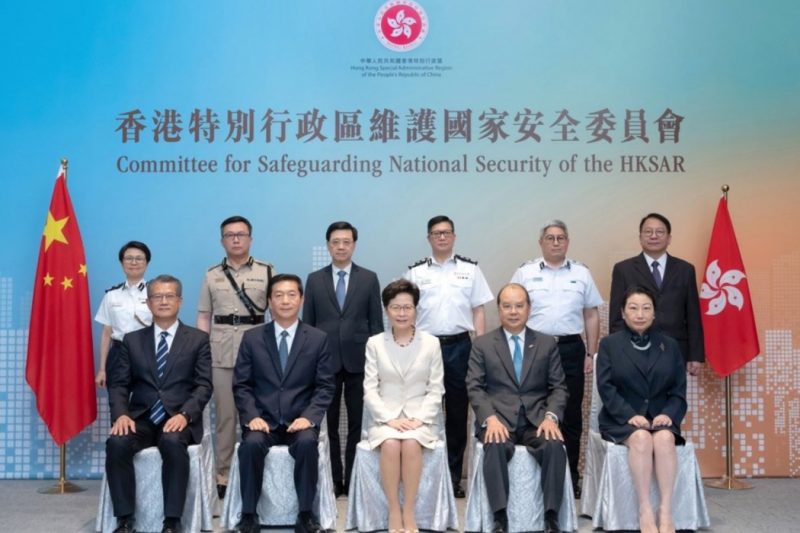 The Standing Committee of China's National People's Congress published the details of Hong Kong's new electoral rules on March 30. By all accounts, the new rules will ensure only Beijing's loyalists ever hold public office in the city.

The NPC announced first announced electoral rules for Hong Kong in early March, which would materialize through amends in the Annex I and II of the Basic Law, Hong Kong's mini-Constitution. Those annexes outline the process for selecting the Chief Executive, the city's top office, and the Legislative Council (LegCo).

One of the most significant changes introduced by the new set of rules is the requirement that all potential candidates to LegCo seats and Chief Executive are screened by Hong Kong's national security authorities.

In addition, a restructuring of the LegCo will reduce the number of directly elected seats from 57 percent to 22 percent.

The Chief Executive Election Committee, the electoral college that elects the Chief Executive, will also be restructured to ensure a significant number its seats are held by Beijing's loyalists. The political body will then be empowered to self-elect 40 seats in the LegCo and nominate candidates running for key public positions.

Below is an explainer of those three changes imposed by the new rules.

The police review will be submitted to the Committee for Safeguarding National Security of Hong Kong, which will then issue an opinion to the Candidate Eligibility Review Committee (CERC) of the HKSAR, a screening body also established by the new electoral rules.

The CERC will ensure that all candidates competing for public office are “patriots;” the body's decision on the eligibility of the candidates cannot be appealed through the city's legal system.

The 11-member Committee for Safeguarding National Security of Hong Kong is headed by the city’s Chief Executive, with the China Liaison Office Director as its advisor. Five of the committee's members are the heads of the city’s security forces.

National security police will effectively be one of the highest organs to decide whom can be voted by the people. New normal in new #HongKong when every rule is reset in the name of national security. https://t.co/Wd6ixs23MS

The new legislature will instead comprise of 90 seats, with 30 seats coming from functional constituencies and 20 geographical constituencies. The remaining 40 seats will now be filled by self-elected representatives of the Chief Executive Election Committee. The five seats from the big geographical areas have been axed.

The ratio of directly elected seats in the LegCo will be reduced from 57 to 22 percent with the new rules.

Furthermore, as the voting rule has been rewritten in the geographical constituencies from a party-list proportional representation electoral system to a simple majorities of the top two candidates in 10 districts, the pro-democracy camp could at best win 10 seats in the direct election system.

The voting rule for functional constituencies has also been altered as individual vote is replaced by corporate vote in 9 sectors, which means without institutional support, candidates could not have a chance to win in these sectors.

The number of lawmakers ordinary #Hongkong voters will get to choose is being slashed and almost half of Legco will be handpicked by a committee, but Beijing's liaison office says the SAR's electoral system will now be more democratic and balanced. https://t.co/Er0iNudkCo

More power to the Electoral Committee

With the new amendments, an extra sector comprised of 300 representatives elected by the members of China's national bodies — such as NPC, the Chinese People's Political Consultative Conference, the All-China Women's Federation, among others — will be added to the committee. In other words, this sector will be directly under Beijing's control.

In addition, 18 sub-sectors which previously allowed individual votes will now permit only corporate bodies to vote. The 117 seats allocated to District Council members are axed and replaced by government-appointed members of area committees on fire safety and crime prevention.

In 2017, the pro-democracy controlled more than 300 votes in the Election Committee thanks to the individual voting mechanism in professional groups. The camp could have controlled a majority after its landslide victory in the 2019 district council elections. With the new structure and voting method, Beijing and the pro-establishment will dominate the Election Committee.

As independent journalist Mary Hui described earlier in March, the rewriting of the electoral system is to establish a “competitive clientelism” to make sure only loyalists can remain in power:

Authoritarian elections—what Beijing will soon impose on HK—help authoritarians consolidate power. One way is thru “competitive clientelism,” where candidates fight to show loyalty to the top. And it looks like HK's pro-govt elites may soon get swept out https://t.co/MHu4k15HEq