How a Salvadoran artist teaches Nawat to empower transgender people 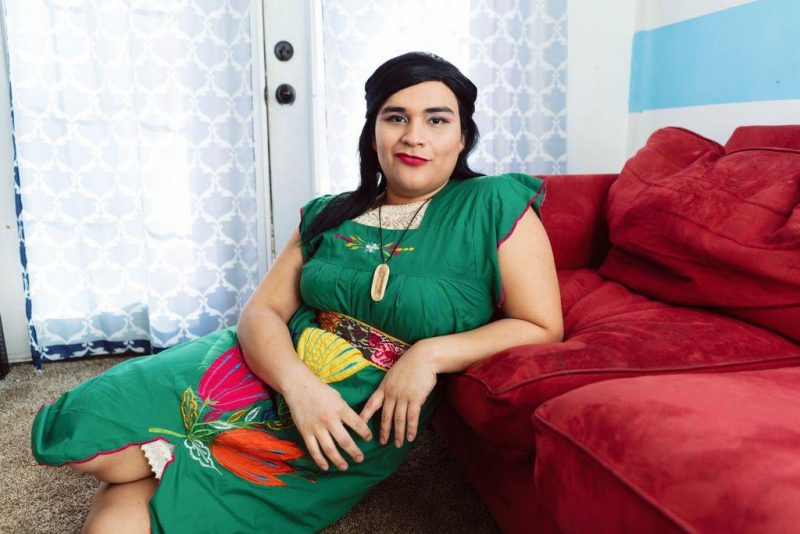 The work of Petrona Xemi Tapepechul vows to unite two marginalized communities: the Nawat language speakers and transgender people. Throughout her creative work as an indigenous transgender woman, she honors her native heritage by using the nearly-extinct indigenous language Nawat in the artistic roles she acts, directs, or writes.

Nawat, a language belonging to the Nahuatl dialect group, which stretches from Mexico to Costa Rica, is critically endangered with fewer than 100 speakers. The language is now mainly spoken by a few indigenous elderly speakers who live in western El Salvador. 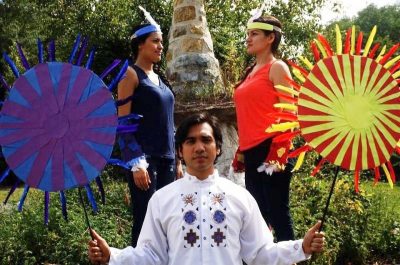 The Nahuat or Nawat, lost a great part of their population due to an ethnocide at the hands of the military dictatorship of Maximiliano Hernández Martínez in 1932 — between 25,000 y 30,000 indigenous and peasant people were massacred that year.

Today, there is a movement of revitalization of Nawat among young people, which Xemi is a part of.

After leaving her native “Kuskatan” (El Salvador in Nawat), Xemi became an activist and leader in Washington D.C.'s transgender community. She was trained at the National Conservatory of Dramatic Arts, and has been featured on various D.C. theatre productions, including the plays of Angel Rose Artist Collective, a group she founded in 2015. 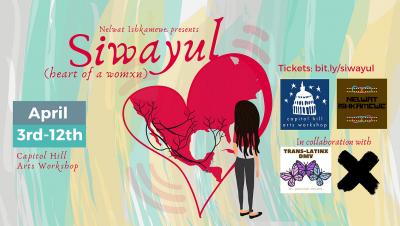 ‘Siwayul (Heart of a Womxn) is a one-person play about reclaiming Two-Spirit identity through Indigenous Salvadoran culture and diaspora, and empowering the Ancestral Goddess within.’

The collective is a two-spirit theatre troupe that celebrates the members’ indigenous ancestors and honors themselves as transgender people through art.

“Two-spirit refers to a person who identifies as having both a masculine and a feminine spirit, and is used by some indigenous people to describe their sexual, gender, and/or spiritual identity,” according to the Canadian organization Re:searching for LGBTQ Health. It encompasses sacred and historical identities dating back centuries, and can comprise LGBTQ identities but is not limited to them.

Xemi told me through WhatsApp:

Initially, the collective was called “Nelwat Ishkamewe,” which translates to “indigenous roots.” The collective changed its name to the Angel Rose artist collective to honor Angel Rose Garcia, a 21-year-old transgender woman who lost her life in December 2019. 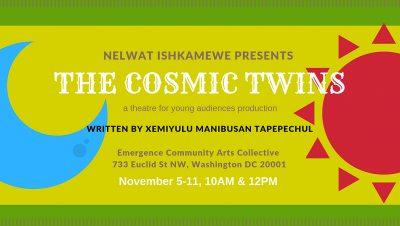 ‘The Cosmic Twins is a play for young audiences with music and dance, based on the Maya K'iche Pop Wuj, that tells the story of the creation of the world, and how the sun and the moon came to be.’

“Angel Rose was our Director of Bilingual Community Liaison. She was very proud to be a Trans Nahua Woman and to participate in a group with the root in the Nawat language,” Xemi told me.

The Angel Rose Collective creates artistic plays involving Nawat and transgender artists. Two of the collective's latest performances are Siwayul (Heart of a Womxn) and The Cosmic Twins. Over the years, the collective has created plays for the trans indigenous community, including a trilingual play called SIJSIWAYULU, which translates to “Trans Women.” Xemi says:

In these spaces, we ensure that the Trans community is celebrated and that they can participate with their whole person, mind, body, and spirit.

The collective's language classes are for transgender people and cisgender people who support the trans community. The name of the school is Tamachtiluyan Shuchikisa An Ne Nawat, which translates to “Nawat Flourishes Today School,” in English.

We opened our virtual school intending to create alternative spaces for Trans, Queer, English-speaking, and migrant communities in the Diaspora and El Salvador. Many virtual spaces for learning the Nawat language are transmisogynistic, anti-indigenous, and only [taught] in Spanish.