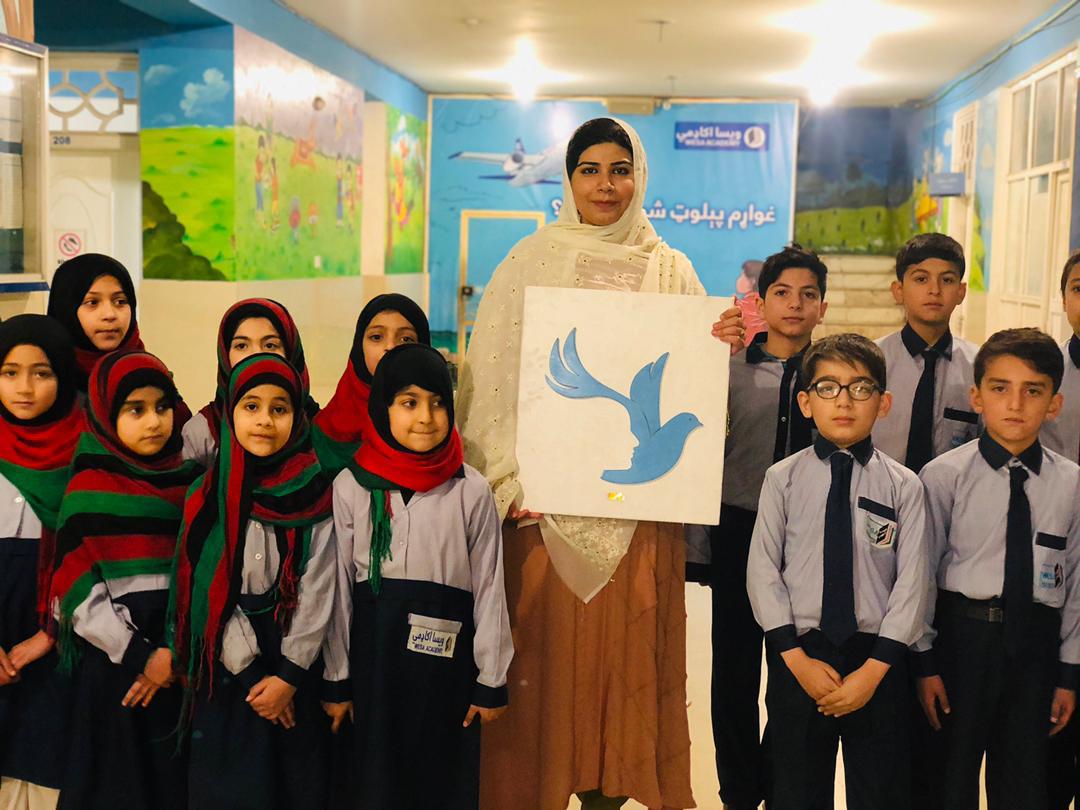 Women’s literacy rate in Afghanistan is among the lowest in the world. A high number of girls remain out of school or drop out because of “rising insecurity, discrimination, corruption, and diminished funding.” The situation is worse in rural areas.

However, people like Pashtana Zalmai Khan Durrani are fighting to educate rural Afghan girls and women, who she says are “the future of Afghanistan.” Originally from the southern, rural province of Kandahar, she has developed an online platform that now helps 900 girls and women get an education in their language when they cannot go to school through a lack of resources or if the schools are attacked. She is a Malala Education Champion and a Youth Ambassador for Amnesty International.

I interviewed Pashtana Zalmai Khan Durrani to learn more about her work. The interview has been condensed for length and clarity.

Samea Shanori (SS): I would like to start by talking about your organization. Could you tell us more about LEARN?

Pashtana Zalmai Khan Durrani (PZKD): LEARN, a non-profit organization, focuses on three key areas: education, maternal healthcare, and women empowerment. We work with the government and community-based schools, community members and tribal elders. We also partnered with Rumie, a Canadian non-profit organization. Through their online and offline platforms, we provide educational materials and resources not only to schoolgirls, but also women in Kandahar. These materials cover various topics including financial literacy, business entrepreneurship and combating domestic and gender based violence.

Rumie’s offline application plays a crucial role with our students. Once the application is downloaded, LEARN’s entire library will be set up on the device in local languages, Dari and Pashto. We provide the tablets with good battery life. This is the perfect solution that works for us because people in Kandahar, like the majority of Afghanistan, don’t have access to proper electricity and internet.

The goal is that if we have 10 or 20 girls enrolled, five of them will go to high school, and then at least one of them will, for example, go to a midwifery school and become a midwife for that village. We have been having a great success with this model in Kandahar. We hope to expand to other major cities starting with Panjshir and Bamyan, then move to Herat and Mazar. 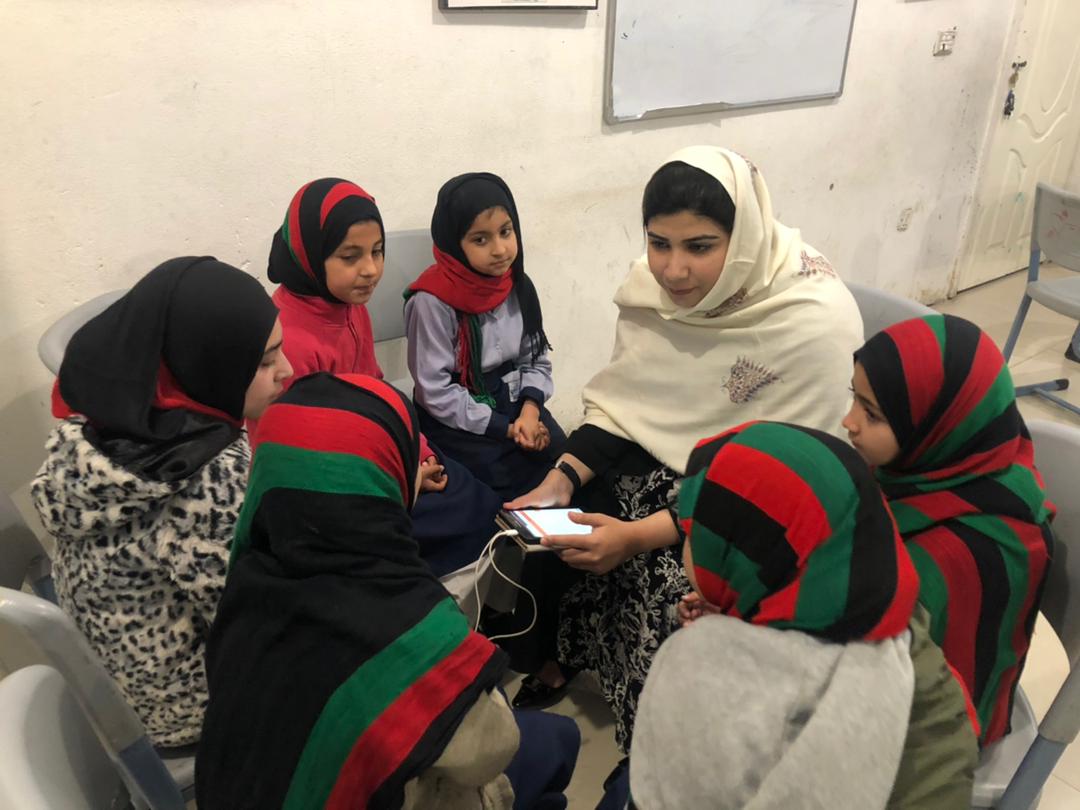 SS: Why did you start LEARN?

PZKD: When I returned to Kandahar from Pakistan (where I was a refugee with my family during Afghanistan's civil war) to go to university, I learned about the rate of literacy among rural girls and women. A cousin told me they don't go to school; that was in 2016.  Many schools don't have the educational materials and the teachers. Some schools are attacked and burned. I knew I had to do something.

In our communities, it is a taboo for women to get out of their homes. There are women in my family who haven't been out of the house for years because it's not [seen as] normal. Changing an old man’s way of thinking is difficult and will take time. The better solution is to have an alternative for girls and women to get educated. As I did my research and met with my cousins and relatives, I noticed that my cousins had learned Hindi by watching television.

In 2018, I co-founded LEARN in our house with a table and a tablet. The only people who first believed in my dream of educating rural girls of Afghanistan were my parents. Today, we have more than 900 students enrolled in our programs. We have been able to reach those girls who could never get out of their homes, who didn’t have access to education materials and whose schools were burned down.

I cannot ask a father to send his daughters to a school which was burned right in front of his eyes. But I can provide the safer alternative—his daughter can stay at home and still get an education.

SS: Who has been your biggest supporter?

PZKD: There is always that one person in your life that makes you the person that you become. For me, that was my father. As an elder of our tribe, people always reminded him that his first born was a daughter and not a son. He kept telling them that I was that son. He believed in me from the moment I was born. He made sure I never saw my gender as a barrier to what I wanted to achieve in life. He always treated me better than the male members of the family. That is why I am confident in what I am doing.

When we were living in Quetta, in Pakistan, as refugees, my father started a school for Afghan girls so that his sister who was just divorced could learn to read and write. He also wanted to make sure that other women in his community were not left out. Both my parents started teaching subjects like English and math there. That was in the 1997 or 1998. That is why my father has always been my inspiration.

SS: What are some of the challenges you have been facing?

PZKD: I have been fortunate because my father was a tribal leader. People respect, support and listen to me because of the position my father held in our tribe. Despite that, sometimes, my male cousins think that my appearances on television and talking about taboo issues in Afghanistan bring shame to the family.

Pashtun women are among the most oppressed in our patriarchal society, which makes my work difficult, but also very important.

Outside of the family, there are many other challenges that a tribal Pashtun woman from rural Afghanistan like me faces. I have been told many times to shut up when I used to work with the Afghan government just because I am young and a woman. Additionally, in Kabul, people are not open to the idea of rural women advocating for their rights because we look, talk and dress different.

I am also concerned that the international community isn’t as supportive of the rural women of Afghanistan—the women outside of Kabul. Development of rural Afghanistan and Afghan women plays a critical role in advancement of Afghanistan. 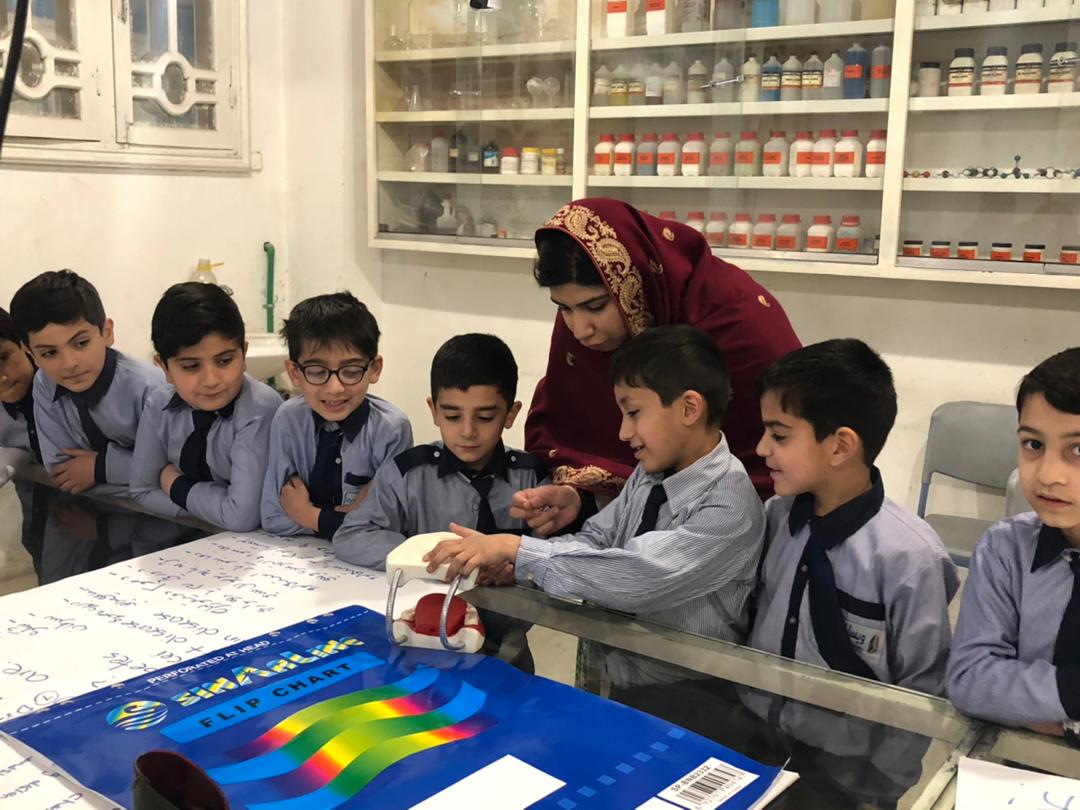 SS: If you could give one piece of advice to other women, what would that be?

PZKD: I would say read the history of Afghan women, especially women like Gawharshad Begum, Zarghuna Ana, Nazo Ana, Malalai Maiwand, the fifth-century female Afghan poet Rabia Balkhi and Queen Soraya. When I was growing up, my father didn’t read Snow White or Cinderella to me. He read the stories of these strong Afghan women who were pioneers and had changed the history of Afghanistan. I look up to them.

Also, my advice to the young girls is that when you have an idea, start discussing it with people you trust. Do your research and find those people who have done what you want to do, see how their models have affected their communities and then come up with a model of your own. Most importantly, make sure what you want to do is sustainable with a long-term impact on your community and people you want to serve.

When I started LEARN, I followed the steps of Fereshteh Forough, the founder of Code to Inspire, and Shabana Basij Rasikh, the co-founder of School of Leadership Afghanistan (SOLA) which is an all-girls boarding school. Both Fereshteh and Shabana have created organizations that are changing the lives of so many Afghans, especially Afghan women who are the future of this war-torn country.

In Afghanistan, many projects are not sustainable because the community members aren't part of the solution. Through LEARN, I want to change that. I tell the residents of the villages I work with that I will not be there forever to send a doctor to check on the women. You need one of your daughters to become a midwife so that she can take care of the entire village. That is why you need to send your daughter to school now.