Sibusiso Innocent Zikode is an advocate for homeless people 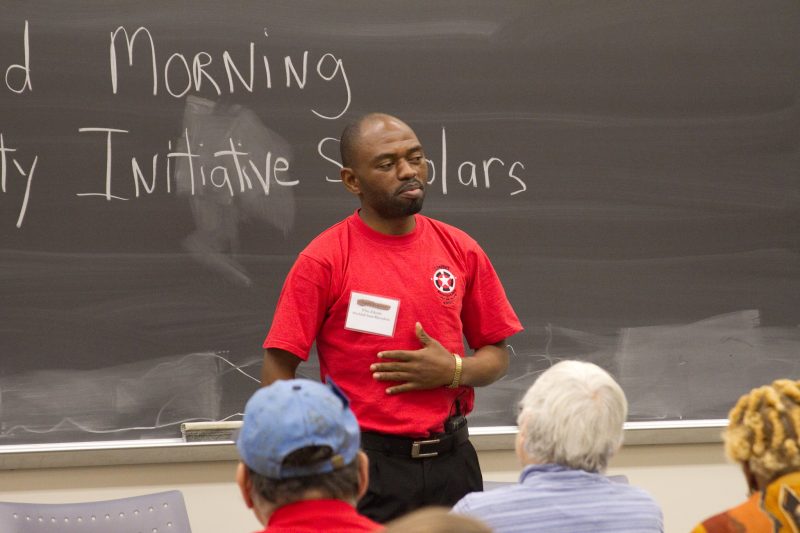 South African human rights activist Sibusiso (S’bu) Innocent Zikode is being awarded the 2021 Per Anger Prize. Zikode's work centres on the right to home, land and survival for the most impoverished inhabitants of the country’s shack settlements, and he will receive the humanitarian award from The Living History Forum on April 21.

Established by the Swedish government in 2004 and managed by The Living History Forum, the award promotes initiatives supporting human rights and democracy across the world. The prize was named after Per Anger, a Swedish diplomat in Budapest who saved many Jews from persecution and death during the Second World War in Nazi-occupied Hungary.

Zidoke was the co-founder, 16 years ago of Abahlali baseMjondolo (Zulu phrase that roughly translates as “the people of the shacks”), a South African movement that has been working to resist “illegal evictions and campaign for the right to housing for all,” especially for shack dwellers. The movement grew from a protest organised from the Kennedy Road informal settlement in the eastern city of Durban in early 2005 and expanded to Pietermaritzburg and Cape Town.

South Africa has an insidious housing problem, aggravated by the lack of basic amenities like electricity and water supply in shantytowns that house the “poor and needy” in that country.

Zikode has said that “a shack without water, electricity, and sanitation is not worth calling a home,” according to a press statement from the Living History Forum. “On the contrary, it means life-threatening circumstances that are particularly harsh towards women, children, and minority groups,” says Zikode.

The housing problem and the attendant lack of sanitation have exacerbated the COVID-19 pandemic among the disadvantaged and vulnerable communities in South Africa.

Zikode’s tireless work has gained him public acclaim but the movement is also considered a threat to South Africa’s ruling class.

Fighting for the dignity of shack dwellers

Race-driven urban segregation was one of the defining features of apartheid South Africa. However, this regulation of spaces in urban centres continued after the fall of apartheid, albeit in a different form, in that country.

South Africans are still divided along the lines of those with homes and the homeless, the shack dwellers.

However, the 2004 “sequence of popular protest against local governments” across South Africa led to the emergence of Abahlali baseMjondolo (AbM), “an autonomous shack dweller’s movement,” according to Richard Pithouse, scholar in political and international studies at the Rhodes University, South Africa. AbM “emerged from this grassroots ferment and has since issued a compelling demand for organisational autonomy, grassroots urban planning and the right to the city,” says Pithouse.

In May 2005, residents of six shack settlements and local municipal flats in Durban had organized a protest of over 5,000 people demanding access to land, adequate housing, toilet facilities, and the end of forced evictions.

Nigel C. Gibson, British activist and scholar states that the protesters “presented a memorandum of 10 demands that they had drawn up through a series of meetings and community discussions.” This led AbM, in early 2006, to “organize a boycott of the local government elections scheduled for March of that year,” says Gibson.

But AbM's fight for the vulnerable did not go down well with many.

In September 2009, the AbM movement's original home in the Kennedy Road settlement in Durban was attacked by armed men, in full view of the police. The attackers were searching for Zikode, whom they threatened to kill.

The attacks which were reportedly carried out by “people associated with the local branch of the ANC” (African National Congress, South Africa's ruling party), left two people dead, many injured and 30 shacks destroyed.

In the aftermath, S'bu Zikode went into hiding, and the police arrested 13 AbM members.

Nonetheless, violence directed at AbM has neither deterred its leaders nor the movement. Rather, they have strengthened their resolve to continue fighting for the rights of vulnerable South African shack dwellers to live a dignified life.