'No country can succeed without introspection, learning from past mistakes & healing' 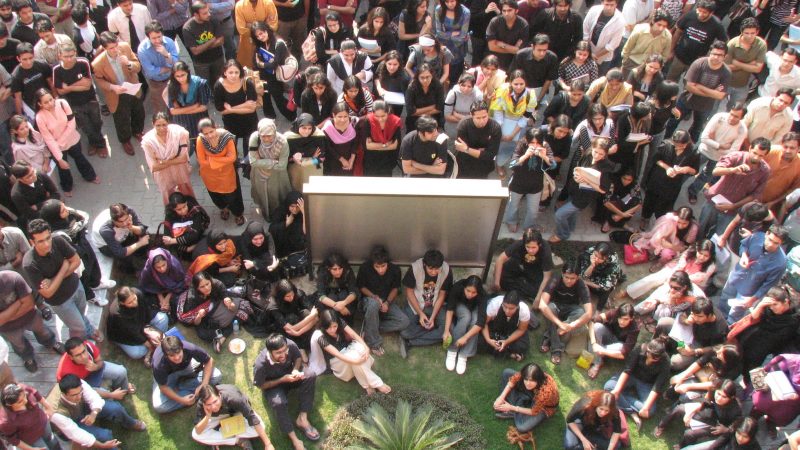 The cancellation of a five-day online conference commemorating the 50th anniversary of the Bangladesh War of Liberation organised by two Pakistani institutions has sparked widespread criticism by scholars and academics.

The conference “War, Violence and Memory: Commemorating 50 Years of the 1971 War” organised by Lahore University of Management Sciences (LUMS) School of Humanities and Social Sciences, and the National Institute of Pakistan Studies (NIPS)  at Quaid-i-Azam University Islamabad was scheduled to take place from 23-27 March to mark the 50th anniversary of the creation of the nation of Bangladesh. No reason was given for the cancellation.

Professor Ali Usman Qasmi had announced the details of the event on Twitter on March 19:

The School of Humanities and Social Sciences, LUMS, in collaboration with the National Institute of Pakistan Studies (NIPS), Quaid-i-Azam University, is organizing an online conference to commemorate the fiftieth anniversary of the Bangladesh War of Liberation. Here's the schedule: pic.twitter.com/oOqRN1SUgA

According to the Professor, the conference's aim was:

“. . . to gather academics and non-academic voices on one platform to showcase emerging research and critical approaches that can enhance our understanding of the 1971 conflict. The conference will cover the political history of East Pakistan between 1947-71, the democratic struggle for rights, and the genocidal military operation that resulted in mass displacement and massacres.”

Jibran Nasir, a lawyer and activist tweeted his appreciation of the event:

#LitmusTest. All the best for the conference. We cannot carve the way for a just fair and progressive political future without objectively engaging with our past. https://t.co/aG6xsZThzL

Journalist Ejaz Haider, however, accused the organisers of emphasising historical events rather than addressing present-day issues such as India's abuses in Kashmir:

just when #India is killing #Muslims and oppressing #Kashmiris, intellectuals in #Pakistan are doing a 50-year commemoration of #EastPakistan. #Pakistan has the worst #intellectuals on earth.

Haider's opinion, however, was challenged by others who were interested in the event. Then on March 20, tweets about the cancellation of the event started appearing, though there was no announcement on any of LUMS’ platforms. The hashtag #LUMS went viral and people began weighing in with their opinions on the cancellation.

Appalled at #LUMS cancelling an important conference on #1971 — no break from the erasure of memory & history. No country can succeed without introspection, learning from past mistakes & healing. Also worrying that if LUMS has no academic freedom then let’s forget about the others. pic.twitter.com/mr0yMGdrPV

Hassan Javid, professor of politics and sociology at LUMS, said in a thread on Twitter that concerns had been raised over scheduling the conference to begin on March 23, the date on which Pakistan became a republic:

5. Rather than seeing 23 March as yet another opportunity to indulge in unbridled jingoism, it might make sense to reflect on whether the state has learnt any lessons from the factors that led to the independence of Bangladesh in 1971.

Republic Day—also called Pakistan Day—is celebrated annually in Pakistan and commemorates the passage of the Lahore Resolution on March 23 1940, and the adoption of the constitution on March 23 1956 that made Pakistan the world's first Islamic Republic. March 23 a usually marked by a Joint Services (JS) parade, which was postponed this year to March 25  due to inclement weather.

Some people even speculated that the event had been called off because the state and establishment were afraid of looking back at history.

People in uniform are scared of a zoom conference.

There is a persistent and long-standing narrative in Pakistan denying the atrocities committed by its army during the liberation war of Bangladesh in 1971. Pakistan is yet to extend to Bangladesh an official apology for the atrocities, though former Pakistan President General Pervaiz Musharaf did express regret for what had happened during a visit to Dhaka in 2002.

This is not the first time that an event in the academic arena has been called off, and some Pakistanis believe that the space for intellectual discussions has been shrinking over the past few years.

In 2019, the Saadat Hasaan Manto Festival in Lahore was postponed after religious extremists claimed that the celebrated author's works promote vulgarity. More recently, another talk on Balochistan was cancelled at Sindh Literature Festival 2021.

At the partition of the Subcontinent in 1947, Pakistan was divided into two wings, East and West Pakistan, with India in between. In December 1970, the Awami League from East Pakistan won 160 out of 300 seats in the Pakistani general election, its leader, Sheikh Mujibur Rahman, the founding father of Bangladesh, becoming the Prime Minister-designate who would lead Pakistan to democracy by transferring power from the President and Chief Martial Law Administrator, General Yahya Khan. But Khan delayed the transition, as the Pakistan Peoples Party (PPP) chairman Zulfikar Ali Bhutto did not want a party from East Pakistan included in the federal government. This led to unrest and civil disobedience in East Pakistan.

The Bangladesh liberation war started on the night of March 25, 1971, when the Pakistani military launched Operation Searchlight to quell the Bengali nationalist movement. East Pakistan declared its independence as the nation of Bangladesh on March 26, 1971, and a nine-month-long armed liberation war ensued in which civilians and Mukti Bahini — the national liberation army—took up arms against the Pakistani army. They were aided by neighbouring India, which was burdened with millions of refugees as a result of the atrocities and the genocide by the Pakistan army, which Bangladesh claimed resulted in the deaths of 3 million.

India entered into direct war with Pakistan in December 1971 on the Western Borders to support the Mukti Bahini in East Pakistan, and on December 16, 1971, the Pakistani Army surrendered. December 16 is known as Victory Day in Bangladesh and the Fall of Dhaka in Pakistan.