The Laz people's mission to save their language from extinction

Lazuri is one of Turkey's endangered languages 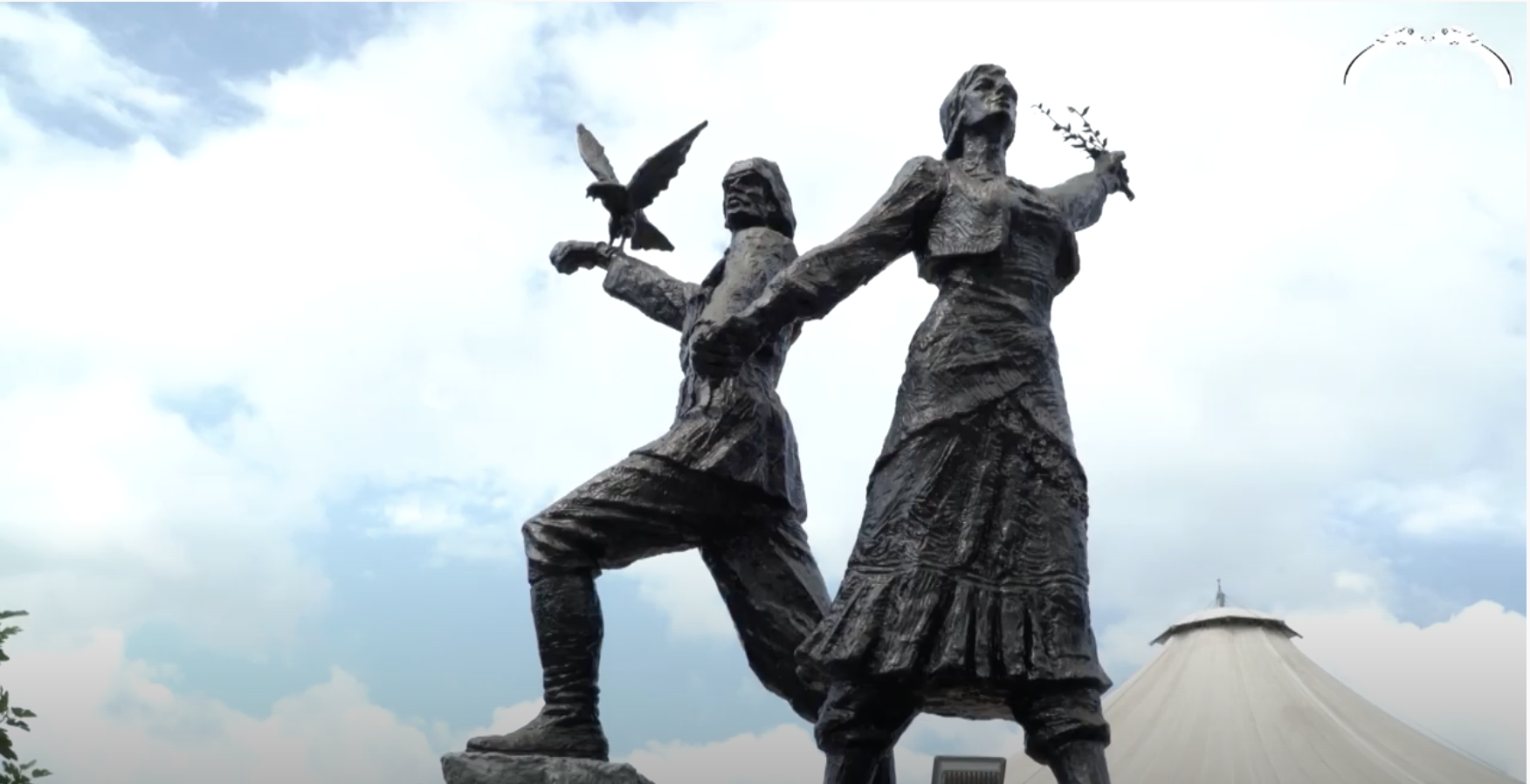 A statue of a Laz man and woman in Artvin, Turkey. Screen shot taken from https://www.youtube.com/watch?v=feXQb1HV024

Hundreds of years ago, there was a kingdom stretching from the west of what is today Georgia all the way to Russia's Sochi and Turkey's Rize.

Established by the early Colchis tribes, the Colchis Kingdom flourished on these lands that were also known as Lazistan. Throughout its turbulent history, the Colchis Kingdom changed names many times. After the Roman conquest of Colchis around 65 BC, it became a Roman province called Lazicum. When the Ottomans claimed the region in 1461, it became a sanjak, a subdivision of the central administrative structure ruled by the Sultan, with its governor based in Rize.

After the foundation of the Turkish Republic in 1923, Lazistan's history was mostly forgotten. But the descendants of the Colchis, the modern Laz people, still live in Rize, and many are speakers of the Laz language, Lazuri, a South-Caucasian language. According to different sources, there could be anything between 30,000 to 200,000 speakers of this language today.

In 1982, all minority languages were forbidden from being taught at Turkish schools. In 2009, UNESCO reported that Lazuri was among Turkey's 15 languages in danger of becoming extinct.

In 2010, Anita McNaught visited Rize's villages and noted that Lazuri was mostly spoken by the elderly and was rarely used in its written form.

Also in 2010, Laz scholar İsmail Bucaklişi, who had co-authored the first-ever Lazuli dictionary, told Al Jazeera that the decline of the Laz language was tied to how people see the language itself. “Turkish is perceived as a language of modernity and commercial success,” he said.

Indeed, UNESCO points out that the lack of intergenerational language transmission and community members’ own attitudes towards their language are key factors contributing to language extinction. The lack of documentation or use in the media, as well as unsupportive governmental attitudes, also play a decisive role.

But Lazuri has experienced a slow revival from 1999 when Turkey began talks to accede to the European Union, a process that requires implementing protections for ethnic minorities.

As a result, a series of reforms have since been passed, including in education. In 2002, the Law on Teaching and Education of Foreign Languages was amended to enable “learning of different languages and dialects traditionally used by Turkish citizens in their daily lives.”

Regardless of changes in policy, over the past decades, there has been a range of local initiatives and passionate individuals who have strived to preserve the Laz culture and language. We have listed some of them below.

Magazines, novels, and an institute

In 1993, a group of people among which Bucaklisi was also present started the first Lazuri-language magazine, Ogni-Skani Nena (“Listen to your language”). On its first issue, the magazine was labeled  “separatist propaganda” by the Turkish government because of two articles focusing on Laz nationalism. Authorities took legal action against the publication and confiscated issues from stands.

Despite a court decision that later ruled in favor of the magazine, internal disagreements prevented the publication to continue, according to the Wikipedia entry about Ogni.

In 2000, some of the former editorial team of Ogni launched the magazine Mjora (“Sun”), but that was also short-lived.

In 2011, Murat Ercan Murğulişi, now 38, became the author of the first-ever novel published in Lazuri. “Daçxuri”, which means “fire,” follows the life of a 7-year-old boy after he loses his parents in a car crash.

Murğulişi is a native of Rize and began writing in Lazuri during his university years. In an interview with Sabah newspaper in 2011, he argued Lazuri was “also a literary language, with its unique vocabulary and grammar.”

A more recent initiative was the creation, in 2013, of the Laz Insitute in İstanbul, with 37 founders and many supporters and volunteers. In the institute's inauguration ceremony, co-founder Prof. Mehmet Bekaroğlu explained what they had in store:

We will collect all cultural activities under one umbrella. We will work on the Lazuri language and will be preparing school books. We are planning to contact universities to educate Laz teachers. Besides, we would like to organize a Lazuri Congress. The Latin alphabet is not enough, we need two alphabets. Also, we are planning to contact Ankara for a Lazuri TV station.

In 2014, the Institute cooperated with the Ministry of Education to create a suitable syllabus for teaching Lazuri in secondary schools in addition to textbooks for middle school students. Turkey introduced minority languages as an elective subject in public schools in 2012, and now Lazuri is also available.

The first schools to teach Lazuri were in Vitze (Fındıklı), a district in Rize, and Arkabi (Artvin), on the coast of the Black Sea. These two public school courses started with 65 students at the start, reaching 214 in total over time.

In 2018, the institute also created a Lazuri teaching program, which has so far certified 19 teachers.

Students all over Turkey can request Lazuri classes at their school, which, in theory, would be obligated to offer it. However, there are still very few Lazuri teachers available, and many schools discourage students from pursuing studies in this language.

An academic article published in 2018 said:

When students choose an elective course in Laz, the administration in many schools tries to persuade them to change their minds by claiming that the school cannot find a teacher or that an insufficient number of students will enroll the course. As one Non-Governmental Organization working on the subject of the Laz language has noted, “local education authorities advise students and their families not to choose the Living Languages and Dialects elective language courses.”

In 2020, Laz Institute launched the EU-funded project Network of Laz and Circassian Civil Societies. The project's coordinator Eylem Bostanci told Global Voices in an interview that the institute “will be producing practical, innovative, easy to access and diverse podcasts, videos, and learning materials enriched by graphics and music so that children and the young people can learn their mother language.”

One of the most famous musicians in Turkey and a supporter of the preservation of Lazuri was singer Kazım Koyuncu, who died in 2005. His rock band Zuğaşi Berepe sang lyrics in Lazuri, and during his solo career, he continued to sing in both Turkish and Lazuri.

His songs remain in the hearts of many, both Laz and Turks. The beauty of the Laz language can be heard in his song “Didou Nena” about a lover who left.