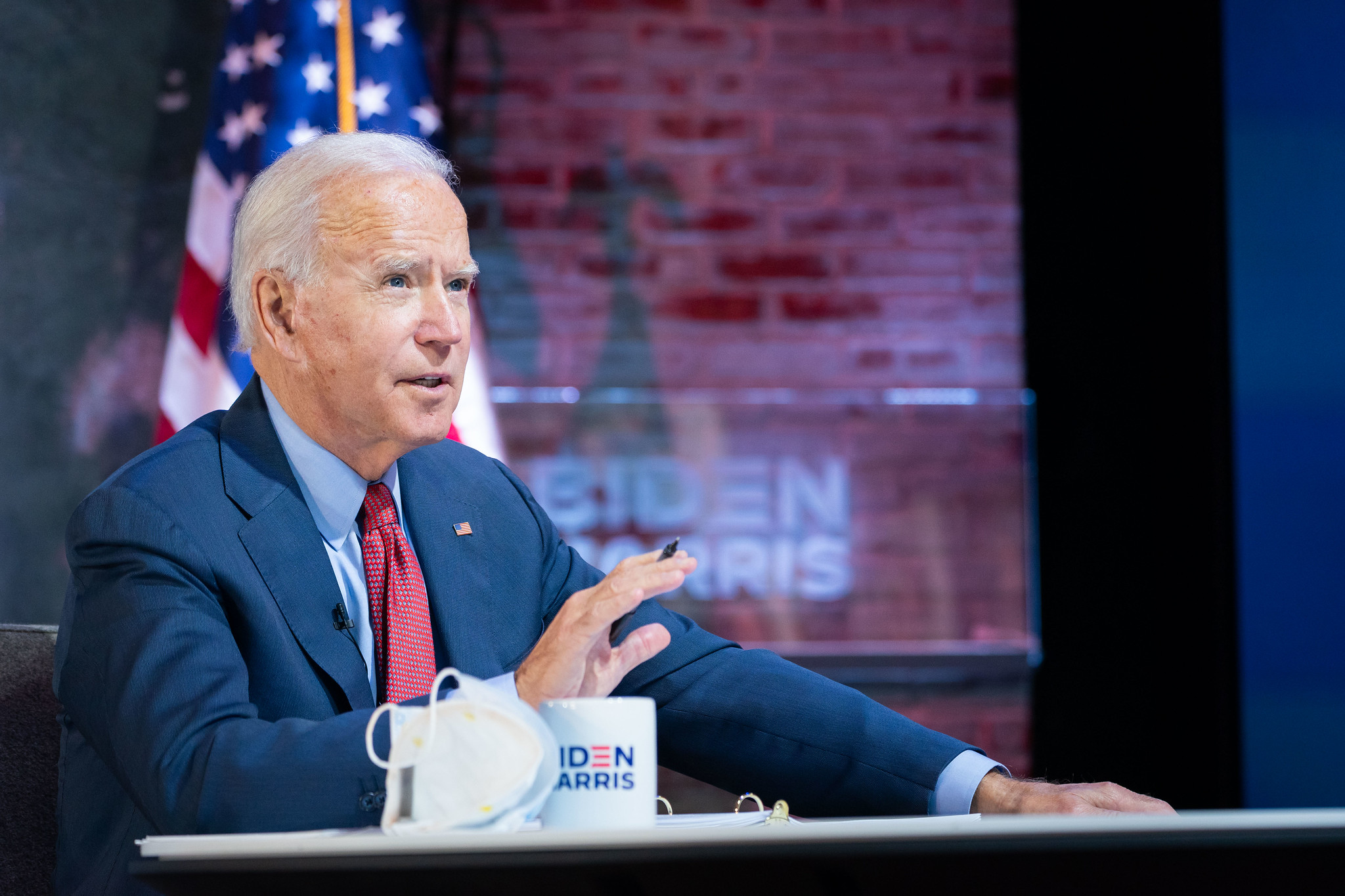 When the new coronavirus pandemic hit Brazil in March 2020, a speech by President Jair Bolsonaro on national television echoed the words of then President of the United States, Donald Trump, underplaying the severity of the disease, and advocating to loosen the social distancing measures recommended by scientists.

For members of the US Network for Democracy in Brazil (USNDB), formed by 150 Brazilian and American activists and academics based in the US, the speech was a consolidation of the “Trump way” of facing the pandemic in Brazil, which ultimately resulted in record deaths, tensions with trade allies in Asia and Europe, and the delegitimization of science. When Trump himself backed down, The Atlantic magazine named Bolsonaro the leader of the coronavirus denial movement.

After Trump's loss and the beginning of the Joe Biden-Kamala Harris administration, however, the USNDB saw that the change in the manner in which the pandemic was being addressed in the US could also influence the actions taken by Brazil. This is how the idea came about to develop a report to inform the new government on the subject, according to Juliana Moraes, executive director of the network's Washington bureau. The document later evolved into something broader that included other issues affected by the former government's relationship with Bolsonaro's.

According to BBC Brazil, aides of two congressmen close to Biden, Susan Wild and Raul Grijalva, have read the report. The BBC also contacted the Brazilian government, which declined to comment. In early February, the USNDB was informed that the document had reached the White House, through Juan Gonzalez, appointed by Joe Biden to be the senior director for the western hemisphere for the White House's National Security Council. Gonzalez is an adviser to the Democratic Party on issues of economic development and diplomacy with Latin American countries. Over the next four years, he will advise Biden on topics such as bilateral cooperation, rule of law and climate change.

Before the election results, in late October, Gonzales had commented on his Twitter about issues involving Brazil.

Anybody, in Brazil or elsewhere, who thinks they can advance an ambitious relationship with the United States while ignoring important issues like climate change, democracy, and human rights clearly hasn’t been listening to Joe Biden on the campaign trail. https://t.co/SyIGlFMdpx

I spoke with Juliana Moraes via telephone and e-mail about the coordination of the report and the importance of the Brazil-United States relationship:

GV: How did the report reach Biden's office?

The Washington Brazil Office (WBO), an arm of the USNDB that focuses on advocacy in Washington D.C., partners with multiple NGOs and think-tanks. Through our non-partisan and decentralized position we have built important relationships inside and outside the US Congress, and it was due to these relationships that the report reached Juan Gonzalez, newly nominated by Joe Biden to his team. Gonzales was a great critic of Trump and is a longtime Democratic advisor for Latin America.

The consolidation of our relationship with the US Congress has its roots in 2016. During the impeachment process against President Dilma Rousseff [in 2015], the US House sent a letter signed by 43 congressmen to the then Secretary of State, John Kerry. In this letter, parliamentarians expressed concern about the political-constitutional situation in Brazil. It was the first letter in which the US Congress expressed concern for Brazil in more than 20 years.

GV: How did the idea of sending a report to the Biden administration come about, and why now?

We knew that if Joe Biden and Kamala Harris won the election they would bring a new focus on the management of the pandemic in the United States and, consequently, that could influence the management of the crisis in Brazil. We thought about crafting a collaborative paper on this topic. The document evolved into something broader with other issues that have suffered a serious impact in the last two years of the relationship between Bolsonaro and Trump, then the American president.

In the United States, the first 100 days of the administration are very important. The government shows its tone during this period, so it was essential that these recommendations reached the White House now. In 30 pages, [the report convenes] experts in 10 areas: democracy and the rule of law; indigenous rights, climate change and deforestation; political economy; Alcântara base and US military support; human rights; police violence; public health; coronavirus; religious freedom, and labor.

GV: What are the paper's main highlights?

The most extensive, and I would say most complex, chapters are those addressing environmental and human rights issues. It is not true that in order to achieve positive economic results we need to weaken socio-environmental regulations. This separation is a disservice to Brazil. The document connects both [issues], and presents evidence that there are paths to responsible and sustainable development in Brazil

We present historically contextualized analyses on global warming and the environment, sustainable economic growth, strengthening of democratic institutions and policies, workers’ rights, as well as the public position of the current Brazilian government on issues such as the rights of indigenous peoples, quilombolas [descendants of Afro-Brazilian slaves who escaped from plantations], women’s and LGBTQIA+ rights, access to public health, and pandemic management.

The report makes concrete recommendations, such as: reviewing the Technological Safeguards Agreement signed by Bolsonaro and Trump, which directly impacts quilombola families [who live in the base area of] Alcântara, in the state of Maranhão; restricting imports of wood, soy, and meat from Brazil originating from illegally deforested areas, which is already provided for by American legislation; disclosing confidential documents about the dictatorship in Brazil and clarifying the alleged US participation in Operation Car Wash.

In general, the report recommends that the current US government review the foreign policies of Donald Trump's administration and his influence in Brazil, which has also pushed other Latin American countries toward a dangerous turn to the extreme right.

GV: Even though it has a discourse on freedom and democracy, the United States has a history of interventionism in Latin America. Why is working with the American government important? How can we ensure that the relationship between countries does not jeopardize Brazil's sovereignty?

In general, in the USA, there is a great lack of knowledge about Brazil, its history, its diversity, and its complexities. With our network of contacts, inside and outside the government, we have the responsibility to bring to light issues that are not widely known abroad, and we have the opportunity to present the most important issues in Brazil, those affecting the daily lives of the population.

Through our work with the Congress of the two countries, we managed to stimulate conversations between political representatives, social movements, and civil society. We learn and we export knowledge. This type of open and well-informed dialogue between two countries is the basis for building more equitable bilateral relations. Without this, we are more vulnerable to internal and external crises, be they economic, political, or social

Disclosure: Isabela Carvalho, who wrote this article, is part of the Advisory Board of the Washington Brazil Office arm of the USNDB, which is responsible for the organization's advocacy work.