Acknowledging the racism and white supremacy embedded in Canadian society 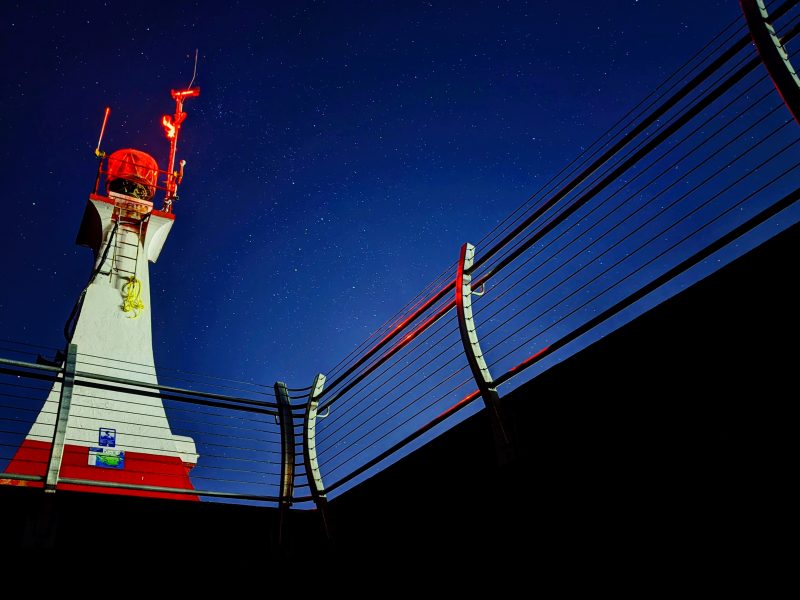 I like to walk around at night taking snapshots of Victoria, B.C. Not everybody can do that right now. Photo by Nevin Thompson. License: Creative Commons Attribution 3.0.

This article was adapted from a personal essay originally published on Facebook and Medium.

I live in Victoria, British Columbia. Compared to nearby Vancouver, Victoria is a predominantly white city. We're also on an island, and I get the sense that shootings and other racial violence are perceived as happening someplace else. However, I think that the white supremacy and misogyny we read about in the news isn't far away at all. Instead, racism and oppression is embedded in the fabric of Canadian society.

For example, I like to take snapshots, particularly at night. The night before the shootings, I used my pocket phone gizmo to try its “astrophotography” feature. It meant standing out in the dark in the park for a long time. I got some nice shots. Above, at the start of this essay, is a snapshot I took the other night.

“It must be nice to be able to walk outside in the dark,” my wife, M, said when I returned home. It was a genuine and sincere remark. “It must be nice.”

“I see lots of women out jogging at twilight,” I said, pretty clueless (which makes me part of the problem).

“Well, they’re white,” M said. She is from Japan, and, in this white-dominated city, presents as Asian. “I am not sure if I want to walk around outside at night right now. Too dangerous for Asians.”

The following day the targeted shootings in Atlanta happened. I’m not sure how many of my friends in Canada have been following it, but racial attacks against Asian-Americans have increased dramatically since the start of the pandemic one year ago. It’s thought that the initial characterization of COVID-19 as “the China virus” and the “Wuhan flu” may have triggered these incidents, along with growing racist attitudes that Trumpism has enabled.

There is also a long history of laws that excluded or targeted people of Asian descent in both Canada and the U.S., the effects of which live on in how our society regards people who look like my wife.

The increased number of attacks on Asian people is not limited to the United States. Over the past year, the Vancouver area has seen regular targeted attacks against Asian people. Toronto and other cities in Canada have seen these attacks, as well. Here in Victoria, news and social media reports of targeted violence against Asian women have been a constant source of worry for me when M goes out to the shops.

So far she has experienced no violence, but, in her sweet, kind and good-natured way, M has reported (white) people being rude to her in the shops, dodging out of the way, or even bumping into her.

In fact, since we moved to Canada in 2004, M has regularly encountered this sort of behaviour in Victoria. She often experiences overt harassment at the bus stop (“But I had my headphones on, so I could pretend to ignore them”). She’s even been followed home several times. It’s hard to tell if this is because she presents as an Asian person, or because she’s a woman, and this harassment is something all women experience, or a combination of both.

There seem to be few, if any, meaningful remedies for experiencing racist behaviour. Last March, our younger son was racially taunted at elementary school. He presents as Japanese. Two other boys accused him of spreading the “Wuhan flu.” It upset him at the time, mostly because the same boys had stolen and vandalized his sled the previous week, and then lied about it.

With the sled, the school moved swiftly to rectify the situation by suspending the boys. The parent of one of the boys purchased a replacement sled. It wasn’t a great solution, but at least she recognized the hurt her own son had caused.

However, when I reported the subsequent harassment—this was after the two boys had stolen his sled!—the school downplayed the issue.

“I’ll talk to them about it,” said the principal. But there was no follow-up, and no acknowledgement of hurt.

I also informed the parent of one of the boys that her son had made racist comments. Her reply was, “He feels terrible that you said he was a racist.”

The lesson for me was that even I, a big, articulate white man who, thanks to a previous career as a high school teacher, knows the professional jargon teachers use, could not get any white person to take racism seriously.

I wondered what sorts of harassment or ongoing, simmering microaggressions (or violent aggression) families who are not white must endure year after year.

The point here is not to commiserate with my wife (she’s tough) or my younger son (he is happy living his best life this year in middle school).

I'm also not blaming the school for failing to do the right thing when notified of a racist incident. It is a systemic and cultural problem with how we as a society fail to prioritize or even understand justice and accountability. In the context of systemic racism, the principal was equipped with no tools or understanding of how to make things right.

So, in the aftermath of yet another racialized mass shooting, I would like to call on the white majority of Victoria, B.C., to remember the names of the women who were killed in Atlanta.

I'd also like to call on people in Victoria to consider what sort of racist, white supremacist society we live in — a society built on stolen land — and often benefit from. We need to take an active interest in how what we see, what we overlook and ignore, how we act as we go about our day, and how we might help make things better.