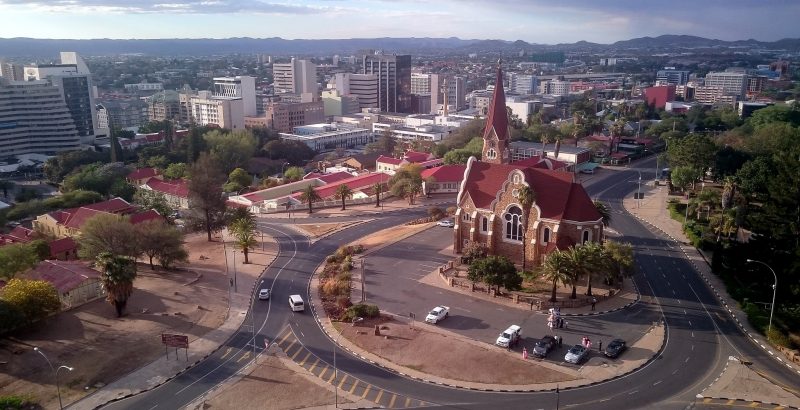 The Lutheran Christ Church (or Christuskirche) is a historic landmark in Windhoek, Namibia. Image by Henning Supertramp, December 9, 2016 (CC BY 2.0)

A little more than six years ago, on November 10, 2014, a few young men made their way to a vacant piece of municipal land in the Namibian capital city Windhoek, put up signs and declared the plots occupied.

The men—led by activists Job Amupanda, George Kambala and Dimbulikeni Nauyomamade—cited inequality and injustice in getting access to land as the reasons for the land grab. The response that followed could hardly have been greater: most Namibian media reported the incident, even President Hage Geingob reacted.

On November 25, 2020, one of those young men, Job Amupanda, was elected mayor of the Namibian capital Windhoek in the local elections.

On this day 6 years ago, the stage was set and we never looked back.

We may not have the POWER and the MONEY but we have IDEAS, powerful IDEAS – something they don't have. We have Spirit, Energy, Talent, Rhythm. POWERFUL ideas on their way! @nauyomadee @Shipululo @ArNamibia pic.twitter.com/J2QsLVSQH6

Amupanda, 33, is a former senior lecturer and deputy dean at the University of Namibia and holds a doctorate degree in political studies. At the time of the land grabbing, he was information secretary for the SWAPO Party Youth League (SPYL).

The protest by the activists gave rise to the radical left-wing movement Affirmative Repositioning, which morphed into a political party in 2020. The action was not limited to the land-grabbing protest: Shortly after the movement was founded in 2014, more than 14,000 people heeded their call in November 2014 to submit land applications. By March 2015, more than 35,000 Namibians had applied for land. This spike in land applications was a reflection of the prevailing inaccessibility of land in the country.

The three activists blamed the South West African People's Organisation (SWAPO), the ruling party in parliament, for not fixing the prevailing inequalities in Namibia, hence, their action to find solutions on their own and mobilize society.

For decades, SWAPO fought for Namibia's independence against colonial rule. The tenacity of SWAPO, founded in 1960, as freedom fighters, gained them United Nations recognition in July 1966, as the sole representative of the Namibian people.

In the first free and equal elections in 1989 (before then, only whites could vote) SWAPO’s leader Sam Nujoma was elected the first president of independent Namibia. Since then, SWAPO has remained as the dominant party in the country, but in the 2019 national elections, it lost around 30 per cent of the vote.

The voters’ turning away from the once revered independence fighters was not without any reason. The consequences of colonization and apartheid are still visible in Namibia.

In the cities, the different population groups still live largely segregated from one another and housing costs are high, especially in Windhoek where access to land is excruciatingly difficult and exorbitantly costly. This problem persists because 70 per cent of the commercial farmland in Namibia is still owned by the white minority, three decades after this southern African country gained independence in 1990.

Social inequality in Namibia is, therefore, among the highest in the world, with a large number of citizens suffering from poverty and homelessness. For many Namibians, independence has barely improved their standard of living. The colonial legacy is still palpable. Thirty years after independence, disappointment is spreading within Namibian society.

By distancing himself from SWAPO, Amupanda circumvented the scepticism that Namibians harbour towards the ruling elite. This likely contributed to his rise to power. He has continued to talk about addressing the prevailing inequalities in Namibian society. This was evident in his first speech as mayor of Windhoek, given in December 2020, in which he promised to focus on service delivery and not party politics: “Know that your responsibility is in management. Not the political leadership, but the administration of the city”, he was reported to have said. 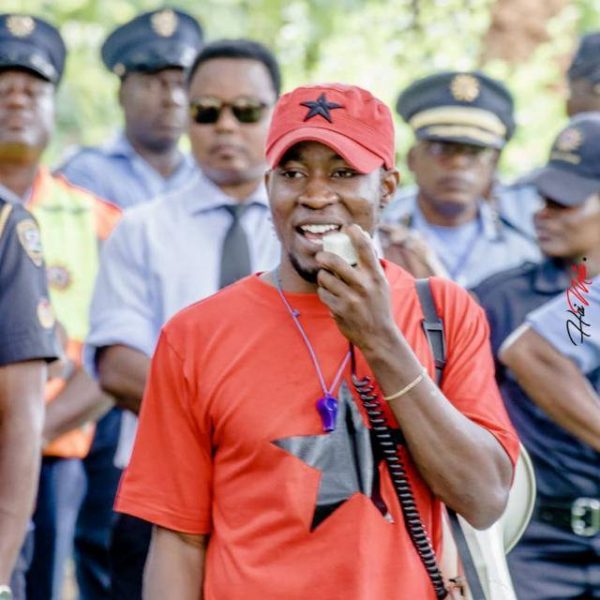 Amupanda promised to tackle the inefficiencies and ineffectiveness that had characterized the municipality's poor service delivery for years. On March 2, the city administration cut off the water supply to five ministries for their inability to settle an accumulated water bill of 47 million Namibian dollars (about $3.1 million USD):

JUST IN: The City of Windhoek on Wednesday cut the water supply of five ministries. City spokesperson Lydia Amutenya confirmed the cut-offs this morning and said the ministries have a combined N$47 million in unpaid water bills. pic.twitter.com/OF0tm3jC9Z

The measure had an immediate impact: The government paid up. As a result, the municipality was equally able to pay its debts to the water and energy suppliers NamPower—for the first time in decades.

Another example is an urban gardening project. Namibia is mostly dependent on food imports from South Africa and as such, Amupanda’s administration wants to produce food on a 2,000-hectare city-owned farm.

Given the situation, promoting modern ways of domestic agriculture is an act of self-empowerment for Namibian citizens.

The future will determine if Amupanda and his party will keep delivering on promises. Otherwise, they risk the same fate that befell the once-dominant party in that southern African nation.