New housing developments are the kind of help needed in Syria 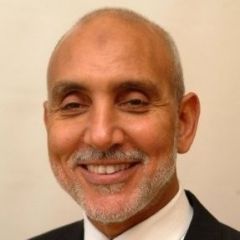 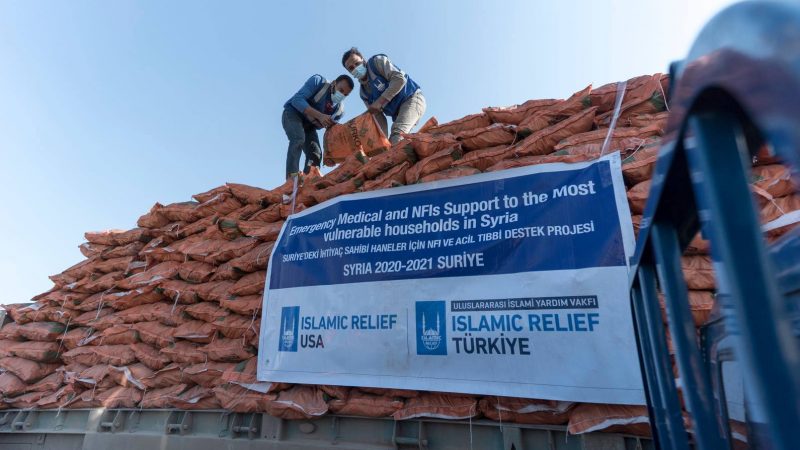 The author of this post is the founder of Islamic Relief and The Humanitarian Forum and Muslim Charities Forum, and is a board member of the Center for Interfaith Action on Global Poverty.

March 15, 2021, will mark a grim milestone—the 10th anniversary of the beginning of the popular uprising that led to the civil war still engulfing Syria. As we all grapple with the deadly crisis of the COVID-19 pandemic that has gripped the world’s attention for the past year, we must not forget the death and destruction that have torn Syria asunder and continue to haunt that nation.

Injected into all the turmoil that has persisted in Syria for the past decade is the international pandemic, which has impacted Syria greatly, as well, exacerbating an already grave situation and further hampering efforts to alleviate the massive disruption of housing, education, and health in the country.

Statistics can be overwhelming at times, but a few stark ones for the end of 2020 in Syria need to be emphasized: more than 11 million people, including 4.8 million children, still required humanitarian assistance; and 6.1 million people remained internally displaced.

Added to these figures are the over 2.4 million children out of school, nearly 40 per cent of them girls, statistics that don’t likely account for further disruptions to education caused by COVID-19. Furthermore, one in three schools in Syria can no longer be utilized because they have been destroyed, damaged, or have been taken over by the military. Even in schools that still operate, classrooms are overcrowded and are in buildings with insufficient water and sanitation facilities, electricity, heating, or ventilation, problems also faced daily by the general population in the country. The year 2020 was an especially brutal one for children in Syria, as seen by the considerable number killed or injured.

When it comes to housing in Syria, far too many internally displaced people (IDPs) still remain in camps such as Al-Hol in the Kurdish-held northeast, where more than 70,000 Syrian nationals and foreigners live, with more than 90 per cent of them women and children. Many Syrians have attempted to return to their homes but only to live under appalling housing conditions.

Although a great deal of worldwide humanitarian aid has been raised for and implemented in Syria during its civil war, it has never been enough, nor has it always assisted those who need it most.

A growing consensus has arisen to rethink aid programming and funding over the next five years, not only in Syria but wherever populations face chronic humanitarian crises. Recently, a Humanitarian-Development-Peace Nexus has been proposed going forward in Syria and other crisis nations. As an Oxfam discussion paper issued in June 2019 outlines, such a nexus “focuses on the work needed to coherently address people’s vulnerability before, during, and after crises. It challenges the status quo of the aid system, which is overstretched and operates with little coordination between project-based development and humanitarian interventions, resulting in it not effectively meeting the needs of the most vulnerable people.”

For Syria, there are five keys to this new way of thinking: a reinvigorated focus on long-term sustainable programmes that empower beneficiaries to shift to self-dependency to achieve better impact as well as better value for money raised; an increase in funding for formal and informal education; new ways of dealing with the severe housing shortage in order to reduce and eventually eliminate the overreliance on IDPs camps and the necessity of short-term arbitrary housing strategies; a strengthening of local response by way of funding to local actors and investment in meaningful building and development programs; and greater access to humanitarian efforts in all parts of the country across conflict lines and borders.

There have been some attempts by non-governmental organizations (NGOs) to build long-term solutions such as new housing developments in Syria, a case in point being Turkey whose NGOs are doing so, especially since Turkey, already hosting more than 3.6 million Syrian refugees, refuses to allow any more to cross its borders. A great deal more of this kind of aid is needed, linking it more integrally with the very people who require it.

However, one substantial roadblock to this is the refusal of the United States and its allies to engage in reconstruction because it might end up in the hands of the Syrian government of Bashar al-Assad. This inaction extends to the United Nations, which had no problem rebuilding more than 25,000 residences in Iraq destroyed in the war against ISIS, or the World Bank, which is funding major infrastructure projects in Iraq. Like the United States, neither of those organizations has done anything comparable to that in Syria. President Biden must shift US policy to ensure humanitarian support be given to all Syrians in need, regardless of where they are displaced or live.

The projections for 2021 in Syria, as laid out by a UN Global Humanitarian Overview, indicate that the number of people still in need will be 13 million out of a total population of 17 million. At the same time, the appeal for funding will increase from US$3.3 billion in 2020 to US$4.2 billion in 2021. The only way that international funding, which decreased dramatically in 2020 largely due to the economic implications of COVID-19, will be able to meet the increased need in Syria is if we begin to look at the Humanitarian-Development-Peace Nexus, bargaining with all the involved parties to achieve long-term solutions for Syria.