As Brazil struggled to control the pandemic, finding a culprit became its president's escape narrative 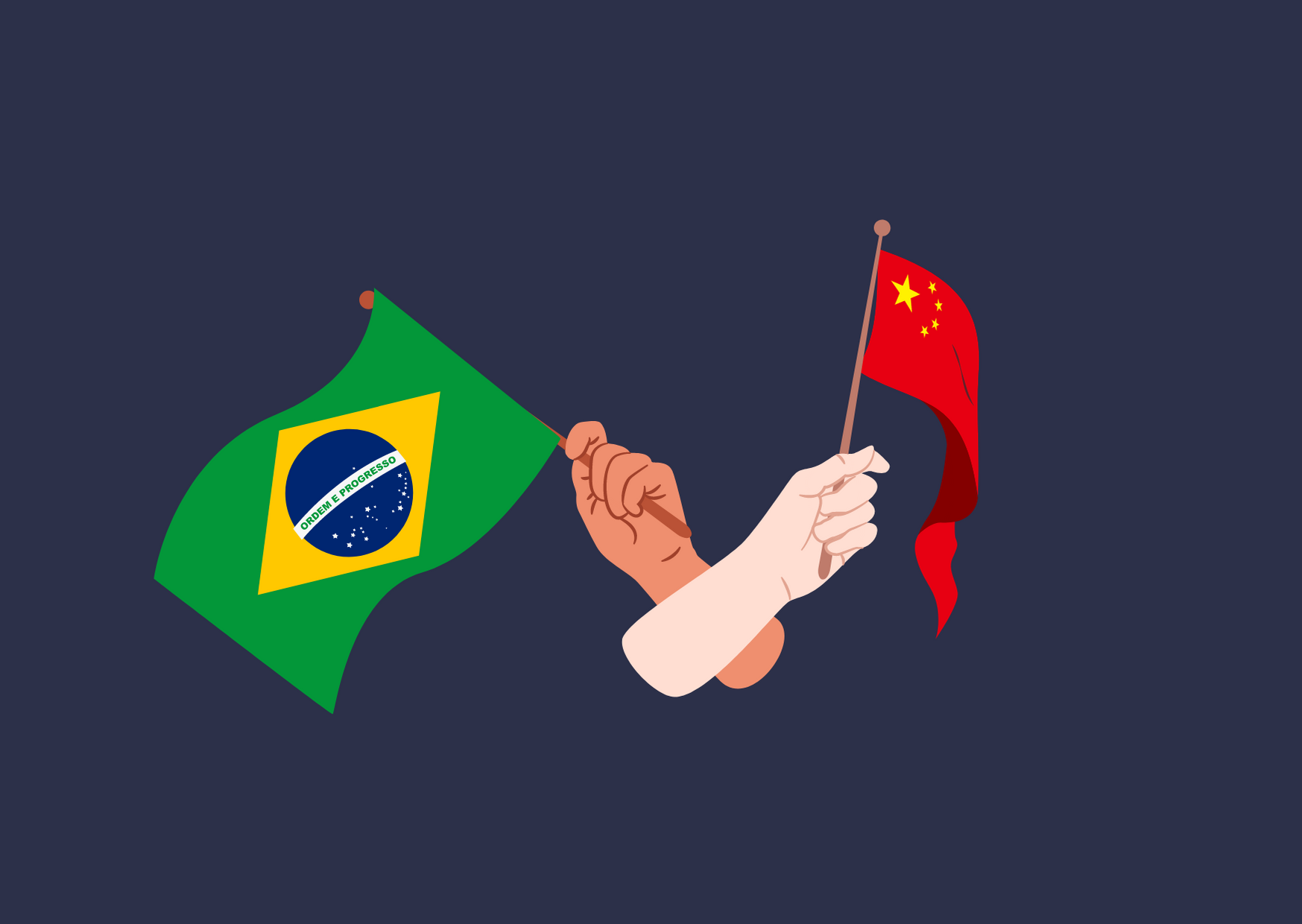 While a climate of truce between Brasília and Beijing ensued during Bolsonaro's first year in the presidency, the relationship deteriorated with the COVID-19 pandemic. Image: Giovana Fleck/Global Voices

Brazil's president, Jair Bolsonaro, has never been known for being sympathetic to the Chinese government.

In February 2018, when he was still a sitting congressman, Bolsonaro traveled to Taiwan, where he met with government officials, prompting the Chinese Embassy in Brazil to produce an angry letter.

On the campaign trail later that year, Bolsonaro repeatedly criticized the Asian country, saying its “advance” in Brazil needed to be “stopped.”

And shortly after he was elected, he made another biting remark when he suggested that China could “buy in Brazil, but not Brazil [itself].”

While a climate of truce between Brasília and Beijing ensued during Bolsonaro's first year in the presidency, the relationship deteriorated with the COVID-19 pandemic—to the detriment of Brazil, which has struggled to keep the virus under control or speedily immunize its population.

More than 266,000 people have died in Brazil as a result of the pandemic, making it the world's second-deadliest outbreak after the United States. The health crisis was compounded by a new variant discovered in Manaus, a capital in the Amazon region.

Bolsonaro has spent most of 2020 defending the theory of herd immunity and drugs without any proven effectiveness against the virus. And while governments around the world scrambled to secure vials of the COVID-19 vaccine, Bolsonaro refused to negotiate with drug companies, especially the Chinese ones.

So far, around 7.25 million vaccine doses have been administered to Brazilians, most of them of CoronaVac, developed by Chinese laboratory Sinovac Biotech and manufactured in Brazil by Butantan Institute, a public research center in São Paulo state. A smaller batch of Oxford/Astrazeneca doses are being distributed to priority groups.

Bolsonaro pulled no punches when it came to the CoronaVac vaccine, whose manufacturing in Brazil has been hyped by São Paulo governor João Doria, a former ally of the president, and now his political rival.

While Butantan was finalizing the third phase of studies, pursuing the validation for CoronaVac, Bolsonaro claimed, in a public appearance on December 15, that its “origin” made it untrustworthy, meaning that coming from China made the vaccine unreliable. The following week, Bolsonaro cancelled the purchase of 46 million doses of CoronaVac after it had been confirmed by the Ministry of Health. “The Brazilian people will not be anyone’s guinea pig,” Bolsonaro said at the time.

Despite Bolsonaro's rejections, on January 18 the National Regulatory Agency (Anvisa) approved emergency use of both the Oxford/Astrazeneca and Sinovac vaccines.

But supplies needed to manufacture the CoronaVac vaccine were held up in China for five days, allegedly because of the government’s strained relationship with Beijing. As reported by El País Brasil, in exchange for China speeding up the procedures, Brasilia signaled that it will not impose restrictions on the Chinese company Huawei in the 5G internet frequency auction due to take place in Brazil. The active ingredients were finally sent to Brazil on January 25.

On February 18, Butantan Institute blamed the “diplomatic attrition” between the federal government and China for the delay in delivering doses of the CoronaVac vaccine to the Ministry of Health, adding that “the Ministry of Health omits the fight with China” and “ignores facts when attributing the delay to Butantan” and other Brazilian institutions.

With a population of over 161 million above 18 years old, the country needs at least 242 million doses to immunize its population.

In March 2020, while Brazilian cities were starting to adopt social distancing measures to stop the spread of the virus, the president's son, congressmen Eduardo Bolsonaro, criticized and blamed China for its stance on the outbreak of the COVID-19, using his Twitter account.

This would be the first of a series of attempts by Bolsonaro's allies to blame China for the pandemic. In April, the Brazilian chancellor, Ernesto Araújo referred to the coronavirus as “comunavirus,” in a pun on “communism.”

“Bolsonaro's lack of management during the pandemic heightened the chaos in the country, where finding a culprit became the president's escape narrative,” says Edivan Costa, anthropologist and social scientist who dedicated his career to focusing on the ethnography of Chinese migrants in Brazil.

According to Costa, the Chinese government became an easy target for the president. “He reproduced Trump's style as if translating the same things the former U.S. president used to say to Portuguese,” said the researcher in a call with Global Voices.

According to the Image and Cyberculture Studies Laboratory (Labic) of the Federal University of Espírito Santo (UFES), these ideas took root in social media among supporters of the president mostly after the virus was registered in Brazil, and this relied on fake news and speculation to spread anti-China sentiment. The research shows that the origin of such discourses was a mix of social uncertainty and the validation (or denial) of information shared by the media.

“The defense of Bolsonarism had a well-defined bias: to deny both the seriousness of the facts announced by the WHO (World Health Organisation) and the efficiency of the Chinese government in handling the health crisis,” stated the report developed by Labic which analyzed thousands of posts on social media to detect anti-China trends up to September 2020.

To Edivan Costa, this is a narrative crisis, where a populist government finds a scapegoat to blame for its own inefficiency. “Brazil is a strategic country that China will not break away from; at a certain level, they depend on each other. But this narrative crisis is only bad to Brazil, which is not only losing economic potential, but people's lives,” said the social scientist.

On February 18, during his weekly live broadcast on social media, Bolsonaro disclosed the vaccination card of his 93-year-old mother. He wanted to make the point that his mother didn't take the CoronaVac, but the Oxford/Astrazeneca vaccine, instead. He showed a card with Oxford/Astrazeneca written on it, but the document indicated the serial number of a CoronaVac vaccine batch and the date for the second shot also compatible with CoronaVac.

During the live, Bolsonaro accused the nurse who gave his mother the shot of coming back and modifying her vaccination card. São Paulo's governor, João Doria, called Bolsonaro's claim “absurd.” On March 8, Olinda Bolsonaro received her second shot of CoronaVac, while Doria went on to say that she was now safe, thanks to the vaccine developed at Butantan Institute—the Chinese one.