Called a prostitute by the prime minister, a Slovenian journalist tells her story

Evgenija Carl: ‘Women are the most affected’ by internet harassment 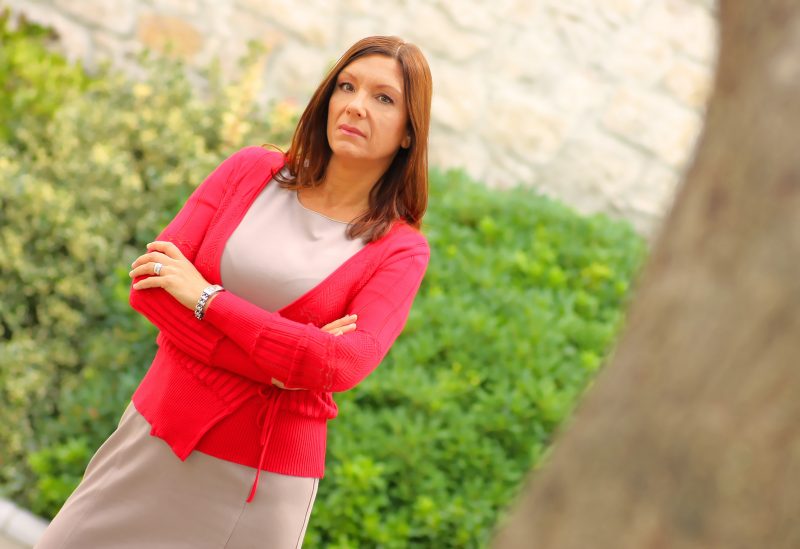 The space for civil society and media in Slovenia has been in decline since Prime Minister Janez Janša’s government came into power in March 2020. Media freedom has come under attack from the Prime Minister, who has made both online and offline threats against journalists and independent media outlets.

The scale of attacks against journalists from the prime minister and the leading Slovenian Democratic Party (SDS) prompted the Council of Europe to issue a warning against the harassment and intimidation of journalists.

Evgenija Carl is an investigative journalist from Slovenia. After she produced a television report about the opposition SDS party in 2016, a leading politician at the time, Janez Janša, called her a “prostitute” on Twitter. When Janša later became Slovenian prime minister, the online abuse intensified.

This is Evgenija Carl's story:

‘They are able to insult us with impunity’

He called my colleague and I, a journalist working in the field of international politics for the national Slovenian Television station (RTVSLO), “retired prostitutes” who sell our services for 30 to 35 euros. This person went on to become Prime Minister of Slovenia: Janez Janša.

I'm an investigative journalist, working in journalism for 25 years. I have always experienced attacks from those who dislike my reporting but five years ago, in 2016, the incident I experienced above led to me being on the receiving end of major public lynching on social media.

The most visible politician Janez Janša, leader of the strongest Slovene opposition party at the time, Slovenian Democratic party (SDS), had written this insulting tweet. In his tweet, he also mentioned that the former president of Slovenia, Milan Kučan, was our pimp.

Are you wondering why we experienced Janša's brutal attack and lynching on Twitter? This attack was in retaliation for our factual television insert about members of Janša's SDS party. His comments were by no means an outburst in a moment of rage, but rather a conscious act—he wanted to humiliate us as journalists and even more so as women, because for him we are just ordinary “whores.” This is how Janša deals with women in general.

My colleague and I filed a lawsuit against him and once again we were targeted by him and his loyal followers, among them politicians and some extreme right-wing media. This is an unprecedented lawsuit in Slovenia and it is still ongoing. I knew the path that followed would not be easy, but I never imagined the onslaught of attacks we would face—it was like a stampede. 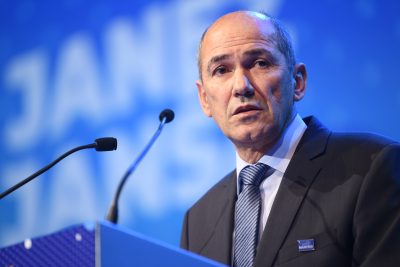 The methods used by the circle of Slovenian extreme right-wing populists, such as Janša, some local dignitaries, their supporters, sympathisers and followers, defamed us via social networks including Twitter and Facebook. They used far-right-oriented media, which support the party’s propaganda, to write degrading online articles about journalists who don't share their political views. These media outlets were established by members of the SDS party, who sold the majority of stakes to Hungarian companies with owners who are close to Janša’s political ally, Hungarian Prime Minister Viktor Orban.

Since Janša’s first tweet, the label “prostitute” is often attached to my name. I regularly receive public insults, cynical notes, letters and e-mails from anonymous people that intend to humiliate me. One recent tweet directed at me read: “She is just an ordinary jihad … journalism is a whore … In America they would call her: ten-dollar hooker!”

On several occasions, I have also received envelopes with white powder; on one occasion there was a substance in the envelope that affected my respiratory system. These letters also include death threats, and almost always arrive after court hearings in the lawsuit against Janša.

They attack my children by mentioning them in online articles about me or on social media, exposing them to the public. Nothing, absolutely nothing is sacred to them when it comes to settling accounts with me. It started with us. And now, in the last 11 months since Janez Janša once again took leadership of the Slovenian government, those attacks were even more brutal and have been escalating.

During the COVID-19 pandemic, the Slovenian president declared war on the media and called journalists his main political opponents. Most of the harsh tweets are intended to defame female journalists. We are called “bitches, whores, drunks,” and they are able to insult us with impunity and without any hint of a guilty conscience. This also shows the structure of male chauvinism, which is cultivated by the Slovenian political leadership headed by the prime minister.

A few weeks ago, I was called an organiser of a protest on social media, for simply sharing a notice of the protest being staged by parents and children against the closure of schools. I was accused of being guilty of causing death because it’s alleged that the protesters spread the coronavirus infection. Janša manipulates photos, recordings, spreads lies, and says that I am among those who help spread the virus and sow death. He called my colleagues and me the “coalition of death.”

How do I feel about all this? Sometimes I feel depressed and hopeless. Sometimes I feel like I live in a parallel universe because to a normal, reasonable, cultured person, something like this is inconceivable. I wonder how it is possible for “keyboard warriors” to always be willing to express their thoughts in an aggressive way and how even such a small matter can trigger an explosion of sexism and misogyny.

Various European institutions and media around the globe are doing their jobs, drawing attention to the unbearable situation under Janša's leadership and his attitude towards the media and journalists, especially his primitive attitude towards women, which is then “enabled” by his followers.

Such expressions and actions are completely permissible in Slovenia, never sanctioned, and they are growing under the guise of freedom of speech. Women are mostly affected, politicians are full of prejudices related to women, as if the path in this matter has never been crossed, as if obstacles have not yet been broken, as if the battles won by those before us served nothing.

I really wish for legal frameworks that can put an end to such online harassment. I want abusive posts to be taken down quickly—many insulting posts about me are still online. I want the media to condemn attacks on journalists more decisively. In our case, when Janša described us as “retired prostitutes,” the CEO of national Slovenian television at the time acted opportunistically and did not condemn the act. The management of the media house that I work for was silent for a week but because of public pressure was almost forced to condemn the insult, without even specifically mentioning Janša.

The fear of revenge, opportunism, pragmatism is penetrating every pore of our country and it is just getting worse.