How human voice matters in the Chinese political discussion on Clubhouse

'You could hear the shock from their voices...' 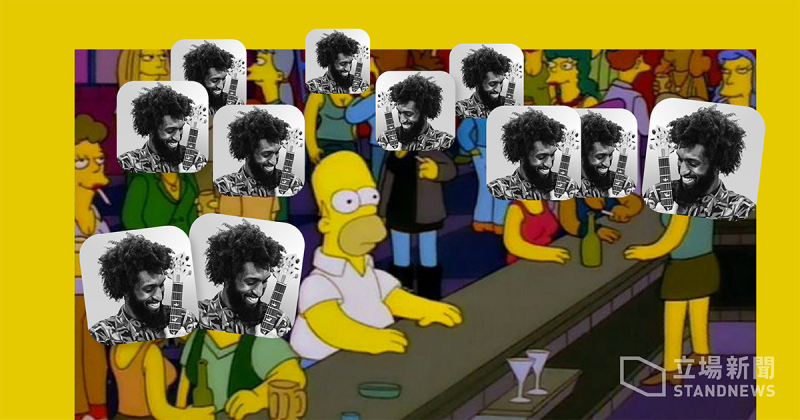 The following post is the second part of a Chinese feature report on the Chinese political discussions on Clubhouse in early February 2021 published on Stand News on February 12. The English version is translated by Neris Jonathan and published on Global Voices under a content partnership agreement. You can read the first part here.

The most distinctive attribution about Clubhouse in comparison with other social media is its audio medium.

Jane Wong was the first Hong Kong-based IT engineer invited to Clubhouse during the trial period. She explained that when she first joined the platform, it was basically made up of tech workers from Silicon Valley and used by some small circle of celebrities to talk about their start-up experience. Only by February 2021, it had become popular in Hong Kong. She highlighted the platform’s audio character when commenting about its popularity:

One would not face any consequence using text as medium as they were hiding behind the screen; however, if thousands of people hear one’s voice and the speech was hurtful and indecent, others will react instantly.

Zhang Jiaping, a prominent journalist and founder of community content platform, Matters, also pointed out that audio communication has recovered the warmth in actual human communication:

People’s accents, the slang they used, the speed at which they were speaking, the breaks they took to breathe – all these details were concealed in written texts.

Within the three days before Clubhouse was blocked, Zhang Jieping only slept for about three to four hours, during the rest of the time she was mostly plugging into Clubhouse.

She was attracted to one particular voice which came from an official from the village community committee up in the mountains of Hubei province (Mainland China). He was sharing what he had learnt and how shocked he felt upon listening to the discussions in the “Xinjiang room” and the “Tiananmen incident room”:

[His voice] it was so authentic…his accent and the way he spoke was not like that of the city folks we hear all the time, his voice was very touching. He was speaking from his heart. A Taiwanese writer who happened in the same discussion room said it felt like watching one of Jiang Zhanghe’s movies [on China rural grassroot community] when he heard the man’s voice.

Zhang believes that Clubhouse will bring a paradigm shift in the development of social media and that text-based social interaction on the Internet would transform into audio based communication:

Perhaps Clubhouse will mark the beginning of the audio social network community… The main medium for our social interaction has always been our voices. The fact that we have shifted to use text for our communication is due to the technological restriction of the Internet…. the popular use of SMS and emoji in all these years has reflected that text based communication is nothing natural.

She believed that the shift to audio will further lower the threshold of communication – people who don’t know how to write or who find it difficult to express through writing can participate in public discussion:

Whenever the breakthrough of communication technology could bring along the lowering of threshold in communication, it could always unleash people’s creativity that couldn’t have ever imagined.

Sound is linear, unlike written text with which we can read ten lines at a glance. In Clubhouse, the participants can only listen to one person at a time to effectively receive the message. Very naturally people have to speak one after another. Everyone has to wait for their turn to speak and the rule is embedded in the medium.

She noticed that usually for those who jumped the queue to speak, they were usually bad speakers. On the contrary, those who waited patiently for their turn were usually rather open-minded and that regardless of their opinions, they would express themselves in a respectful manner.

I wasn’t as hooked as I previously was after Clubhouse was blocked in China, I couldn’t listen to the voices I wanted to listen to.

The voices that Zhang treasured was the shocking utterance of ordinary people when they first heard about what happened in Xinjiang and in Tiananmen Square.

You could hear the shock from their voices that they were hearing these things for the first time. Regardless of their opinions, whether they defended against or denied or accepted what they had heard, you could definitely tell from their voices that they were shocked and confused about the reality that they had imagined. In my opinion, these moments are invaluable. The discussion has shaken their belief system, this is what we call communication. On the other hand, many people from Taiwan and Hong Kong said that for the first time they had the chance to hear such authentic voices coming from ordinary mainland Chinese people, which is far different from the kind of stereotypical Chinese people that they usually think of… But there will be less moments like these now that Clubhouse is blocked in Mainland China. More frequently she heard ‘don’t try to fool us, I also had overseas living experience.’

Despite the block, Zhang believed that the paradigm shift from text to audio social media communication has started and Clubhouse is just the beginning.