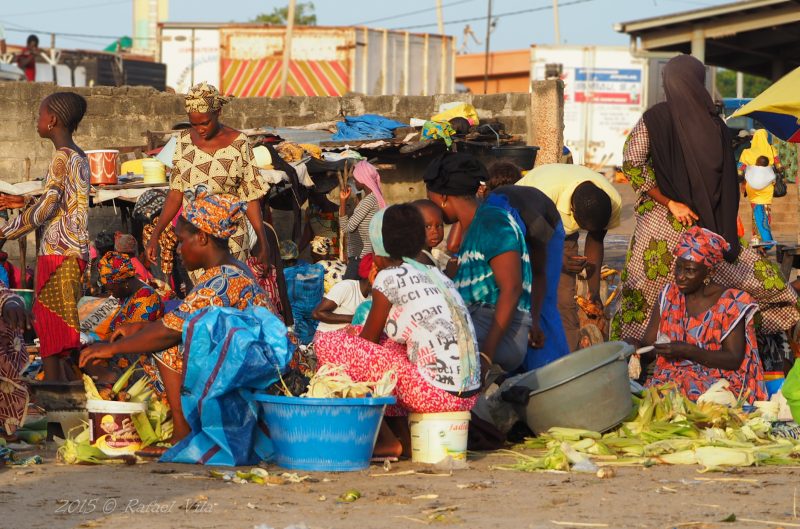 On February 2, the Heads of States of the Economic Community of West African States (ECOWAS ) held an extraordinary video conference summit, during which the regional bloc agreed to “prioritize support for the candidature of Nigeria” for the African Union’s Commissioner for Political Affairs, Peace and Security.

This led to the withdrawal of candidates for Deputy Chairperson of the African Union (AU) from The Gambia, in favour of Nigeria’s bid.

Nigeria is grateful to Heads of State and Government of the African Union for the overwhelming and historic endorsement of Amb. Bankole Adeoye, who was this weekend elected as the AU’s Commissioner for Political Affairs, Peace and Security, with all 55 votes possible.

Africa's most populous nation is ECOWAS’ major financer. Hence, Nigeria’s prestige in The Gambia and within West Africa is understandable. But it also begs the question, when will Nigeria step up and provide real leadership in the African continent?

The Nigeria-led intervention in The Gambia is an example of how Nigeria's authority can be achieved.

The Gambia lies on the Atlantic coast but is surrounded on three sides by Senegal. For a country whose biggest landmass had been given to French Senegal as a compromise between British and French colonial interests, The Gambia is almost an enclave of Senegal and the smallest country on mainland Africa. 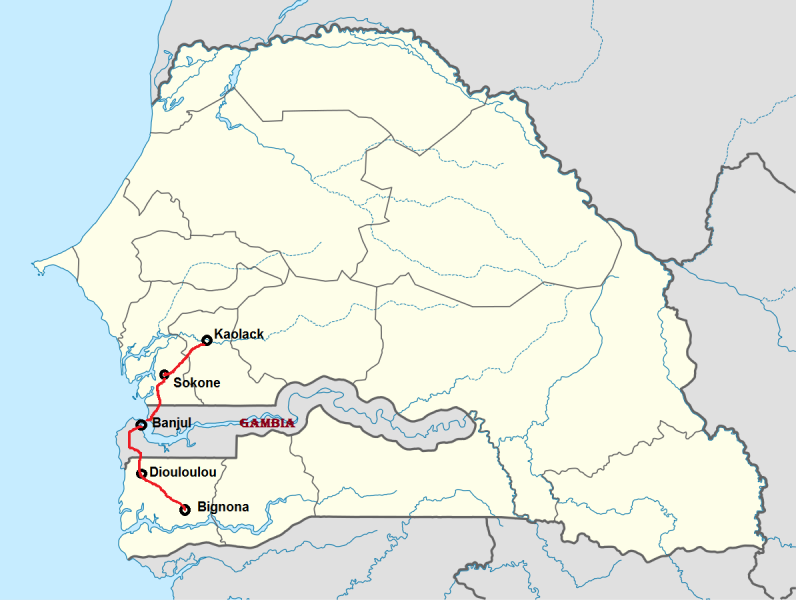 When The Gambia's then-president Yahya Jammeh rejected the poll results in December 2016, Nigeria’s President Muhammadu Buhari, on December 17, 2016, acted decisively and convened an ECOWAS extraordinary session in Nigeria’s capital, Abuja, in which the regional bloc passed a resolution to use military force against Jammeh.

Senegal’s president Macky Sall and Buhari were both proponents of a resolution calling for military intervention if all efforts at dialogue failed. Buhari was the first to jet into the capital, Banjul, at the head of the ECOWAS delegation seeking a peaceful resolution.

Sall dared not go, as relations between Banjul and Dakar were at their lowest at the time. There were several border closures, and negotiations for mutual state issues went south. The closing of a crucial river crossing for Senegalese commuters inside The Gambia became a key issue and another was Jammeh's “suspected meddling in the Casamance” peace process. (A separatist rebellion in the Casamance, Southern Senegal which started in 1982, has claimed thousands of lives.)

Gambia's President-elect Adama Barrow was soon put on Buhari’s jet and flown out of Banjul for his safety. Senegal's Sall played the “Mboka” (Wolof for “brethren”) card to host Barrow in Dakar, which is nearer to Banjul than Buhari’s Abuja or the then ECOWAS chair Ellen Johnson Sirleaf’s Monrovia.

Countries began pledging troops, topped by Senegal, as the closest neighbour, Nigeria and Ghana. In Operation Restore Democracy (code name for ECOWAS’ military mission in The Gambia 2017—ECOMIG), Nigeria deployed 800 soldiers and together with Ghana and Senegal, worked with about 125 members of the Gambian navy. Some of the Gambian armed forces who had shifted loyalty to Barrow, provided support for the ECOMIG intervention.

Some 2,500 ECOMIG forces remained in The Gambia after Jammeh went into exile and Barrow was installed in office, to provide security for the new president, his family and the government. 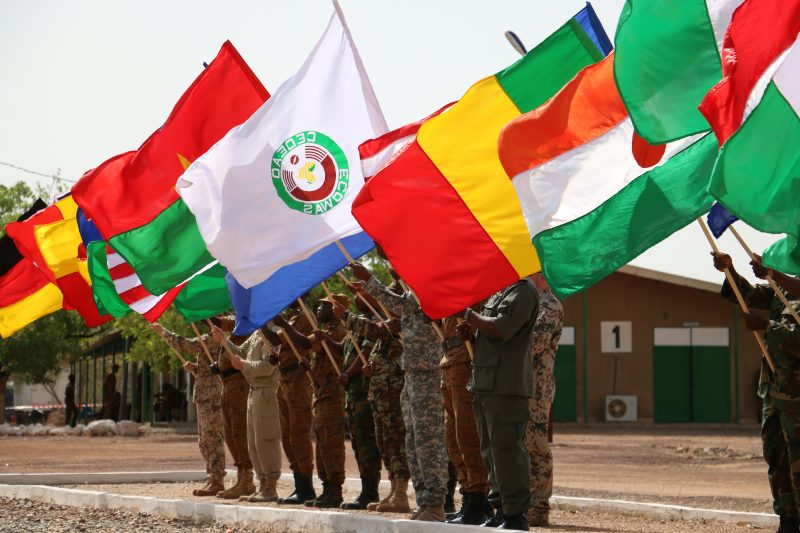 France maintains more than 5,000 troops “fighting Islamic extremism” in the Sahel region—currently the country's largest deployment. Why would it be so important for France to maintain the largest military force of its army fighting wars in Africa when giants like Nigeria, Egypt, South Africa, Morocco can combine and constitute a continental force to protect their interests?

In addition, France continues to dictate the monetary policies of her former African colonies.

In March 2001, the West African Monetary Institute (WAMI) was charged by ECOWAS with the task of establishing a regional central bank and the ECO single currency. However, on December 21, 2019, some Francophone African countries, with the backing of France, announced the rebranding of their CFA franc currency as ECO. France, therefore, preemptively snatched away the fruits of over two decades of ECOWAS labour to forge the common currency.

Since France would not disconnect its colonial umbilical cord from its former West Africa colonies and accept ECOWAS projects like ECO, Nigeria must lead efforts to launch this currency and create a parallel monetary union to CFA francs zone. 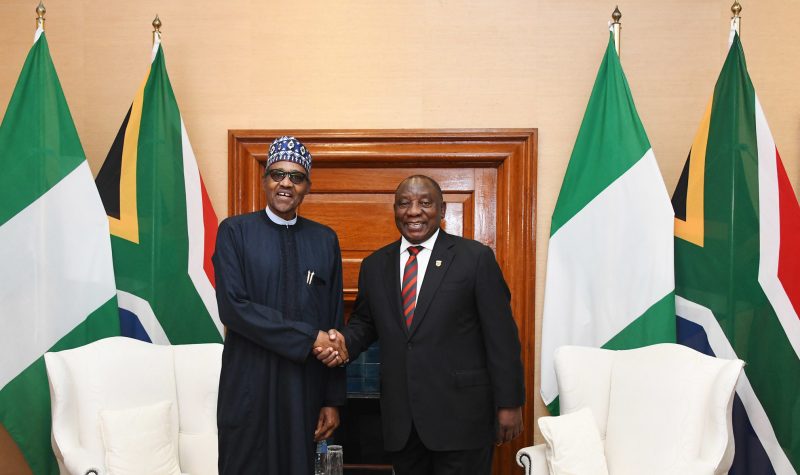 Nigeria should take the lead on all African issues on peace and security challenges confronting the continent. Otherwise, the continent’s critical decisions on politics, defense, international peace and justice, plus multilateral solidarity among states will continue to be decided by foreign actors.

In 2018, Ghanaian President Nana Akufo-Addo made similar calls on Nigeria to lead Africa’s industrialisation process and growth. Akufo-Addo cited the fact that his country and Côte d’Ivoire annually produce about 60 per cent of the world’s cocoa beans and yet earn less than 6 per cent of the global value-chain activities of the cocoa industry.

In Akufo-Addo’s view, Africa has the capacity to bolster its revenue position in the international market, using policy harmonisation, coordination, and effective collaboration between public and private sectors to drive effective and time-tested industrial frameworks, and so fully utilise Africa’s rich natural resources.

Nigeria has to muster the courage and begin acting strategically as it did with the emergence of Nigeria’s Ngozi Okonjo-Iwella, the first African woman to lead the World Trade Organization (WTO):

It is done! Thank you @WTO members for finalizing my election today and making history. In the 73 years of GATT and WTO, honored to be First Woman and First African to lead. But now the real work begins. Ready to tackle the challenges of WTO. Forget Business as usual! pic.twitter.com/apnAalHWf5

The world watched Buhari sign the Africa Continental Free Trade Agreement in Niamey, Niger, at the African Union Summit launch in 2019, while continental leadership and development multilateral partners cheered on:

The economic prosperity of the African continent and West Africa, in particular, requires bold leadership. Who is better suited to provide it than Nigeria?