Trinidadian activist and writer Colin Robinson, who did the ‘work of social history,’ has died 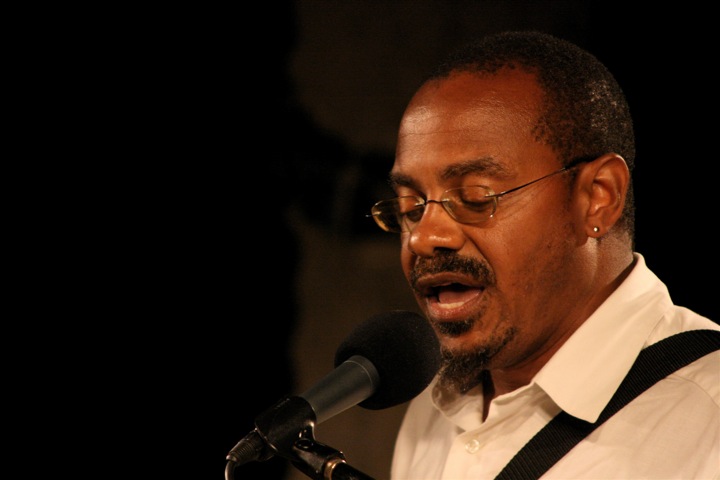 Trinidadian writer and staunch advocate for LGBTQ+ rights, Colin Robinson, passed away on March 4 after a long battle with colon cancer. He was 58 years old.

Robinson was one of the founders of the Coalition Advocating for the Inclusion of Sexual Orientation (CAISO), a civil society organisation that champions human rights issues for Trinidad and Tobago’s LGBTI (Lesbian, Gay, Bisexual, Transgender and Intersex) communities and has built partnerships with feminist and other activist organisations.

CAISO aptly dubbed him its “Director of Imagination,” and in its statement on his death praised the way in which he “embodied fighting for justice using creative imagination and instilled in us the importance of collective voice and effort.”

Robinson said that his work at CAISO was about three things that excited him—analysis, alliances, and advocacy:

Leadership in CAISO provides opportunities to learn so much about policy and government, like how easily anyone can engage officials in a small place. I’ve grown to understand and own concerns of movements CAISO’s built alliances with—children’s advocates, violence survivors, people with disabilities, the highway rerouters—and admire the generosity and passion of other leaders. CAISO’s given me space to practise imagination. Imagination is as critical to social justice as power. Unless we imagine more just futures and how we get there, change won’t come.

Robinson deeply understood the concept that justice for one must translate into justice for all; his death prompted an outpouring from like-minded organisations such as Cause An Effect, which aims to improve the lives of people with disabilities in Trinidad and Tobago:

Thank you Colin Robinson, for your tireless work in the advocacy space. […] Thank you for your service and all that you did, with the time that you had.

His friend and colleague, Dr. Gabrielle Hosein, who lectures at The University of the West Indies’ Institute for Gender and Development Studies, noted the way in which Robinson would automatically make connections between seemingly disparate groups:

More than ten years ago, Colin gave a speech I’ll never forget. It was on reproductive rights, but he somehow wove in Spiritual Baptists, LBGTI folk and others you wouldn’t think share the same cause. If all who understood discrimination or life at the margins of state law and social acceptance were able to connect to each other’s desires for inclusion, then we could strengthen each other’s struggle to equally belong as many different bodies.

In their online tributes, colleagues and friends remembered his courageousness and mentorship of young people, the significance of his work, and his love of life even when “actively dying.”

Doing the “work of memory”

Robinson, who wrote a weekly column for the Trinidad and Tobago Newsday, used the platform to publicly share his battle with cancer, announcing in a May 2020 article that his condition was terminal. His refreshing candour in that piece caused it to be liberally shared across social media platforms at the time:

My genes had bred a cancer that’s a better activist than me, which had promptly spread. I was Stage IV. […] And I am going to cuss the next person who tells me that, despite the bad news, they are praying for my total recovery.

There comes this moment when you realise—or decide—that what you are doing is dying. And that you need to quickly learn how to.

Part of that process was what Robinson called “the work of memory”:

[…] recording what I remember; and helping others to remember the paths I have trodden by leaving better markers of them—memoir-writing and archiving. This is not work only for the well-known. Indeed, in some ways it is work that is far more important for those not in the public record to undertake. […] It is the work of social history.

As a writer, Robinson contributed to several publications, including the book “Beyond Homophobia,” which aimed to disrupt the perception of the region as deeply homophobic by focusing on “the experiences and agency” of Caribbean LGBTQ people.

Peepal Tree Press, which published Robinson's debut collection of poetry, “You Have You Father Hard Head,” in 2016, described his verse as “acutely aware of the troubled history of race, politics and identity in Caribbean society […] taut, ironic, and richly evocative of various landscapes and cultures that have shaped him over the years”. (“Hard head” is a Caribbean expression for stubbornness.)

As a writer, he was a cherished friend of the Bocas Lit Fest, which featured his poetry at several live panels and online events. The Caribbean's premier literary festival put out a statement on his passing which acknowledged his activism and human rights work, his “consistently provocative newspaper columns” and, of course, his poetry:

We will return to his poems and other writings for the intrigue of his ideas and the pleasure of his wit. The difference he made, and the difference he was, will endure.

His journey to activism

Robinson was one of four children raised by a school principal mother and a father who worked as a managing director in the finance sector. Upon completing secondary school in Port of Spain, he won a scholarship and left for Yale in 1980.

However, he found the Ivy League university “a culturally challenging space” and transferred to New York University, where he completed a degree in anthropology. He later got a master's degree in health policy and management from The New School, and lived and worked in New York for more than 20 years.

His work in LGBTQ+ advocacy came about after his first experience of having someone he knew die from AIDS. “I went to work in HIV,” he told fellow writer Lisa Allen-Agostini, “and really haven’t left.” His writing organically developed parallel to his community organising, a convergence which makes Allen-Agostini consider his work to be canon, “as he is one of the few openly gay Caribbean poets.”

For his part, Robinson felt that the writing which made the most difference on a national scale was his newspaper column, as it allowed him “to write as a gay man about current affairs and culture.”

As Robinson's condition worsened, he made it known, via Facebook, that he was on his last, eager for connection, and would be happy to get messages, calls and visits while preparing to make his transition. 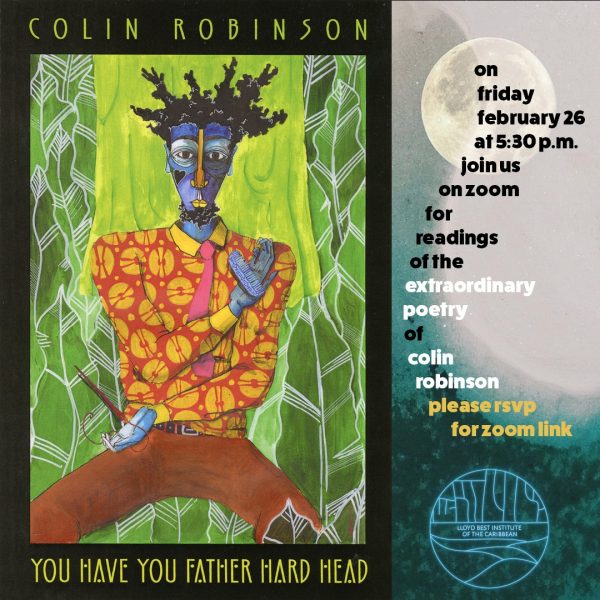 Invitation for the virtual Zoom event to honour writer and activist Colin Robinson, shared via WhatsApp.

On February 26, just about a week before he died, The Lloyd Best Institute of the Caribbean hosted a Zoom event for a reading of Robinson's poetry, which he attended along with some of his close friends and colleagues. It was a tribute to both his writing and his relentless human rights work.

Robinson wished he'd lived to see a few key things happen in Trinidad and Tobago: the expansion of the Equal Opportunity Act to protect members of the LGBTQ+ community, the establishment of both a national human rights institution and a shared management services hub for non-governmental organisations, and the adoption of international public health guidelines that give HIV-negative people access to antiretroviral drugs—something that the country's minister of health, Terrence Deyalsingh, opposes. Robinson had no qualms about saying it was his intention to haunt the minister.

That same sense of humour no doubt played its part in CAISO's decision to call its award for transformational activism and artistic boldness, named in honour of Robinson, the Hard Head Award — and a fitting testament to the fact that Robinson will be remembered in equal measure for his human rights work and his writing.

Activist Stephanie Leitch bid Robinson farewell by saying, “Thank you for loving us, when no one else would,” while poet Shivanee Ramlochan mused:

His work has lit a lamp long before I picked up a pen, and I followed that light in part without knowing its source. That is how a writing ancestry works, how a community is made around you.