Transphobic discourse is the real ‘Trojan horse’ of Mexican feminism

The fight against the 'erasure of women' has become transphobic 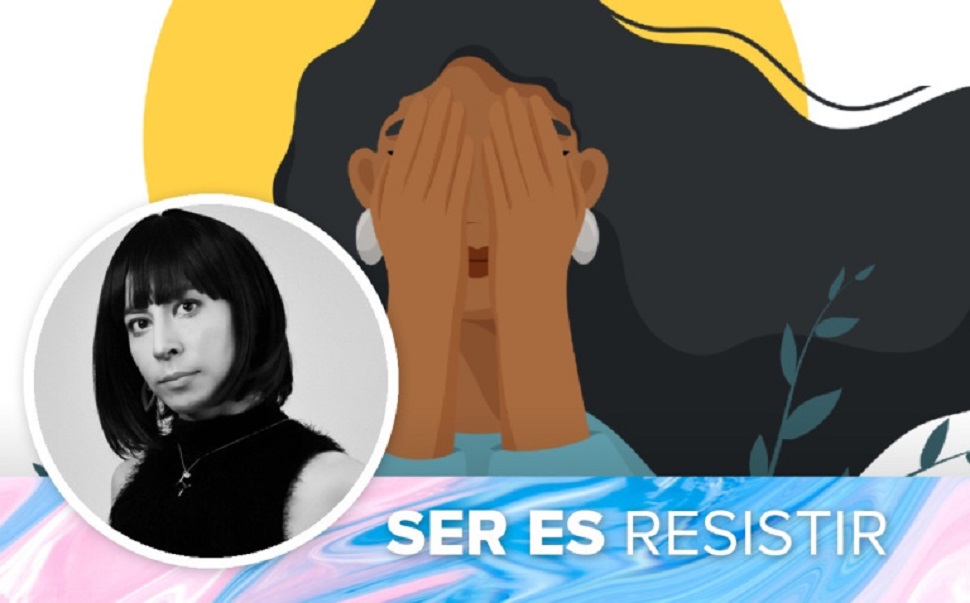 Photo and illustration by Laurel Miranda, used with permission.

The original text was written by journalist and transwoman Láurel Miranda It had been published in the Mexican media Milenio before being withdrawn after a Mexican feminist group criticized it. The original translation into English can be found on the translator's blog, NorthernLauren.

If you’re a feminist and you don’t stand up to people who abuse trans and nonbinary people in the name of said political movement, I’m afraid to say that that’s called complicity. In the same way that we interrogate the patriarchal boy’s club in order to denounce male complicity (by way of their silence or passivity in the face of their fellow man’s misogyny), we can and must speak, too, of cisgender feminist women who choose to overlook the transphobic actions of their supposed sisters.

Transphobia has been allowed to get so far in Mexico that there are now “feminist marches” which fight not for the rights of women but to impede the trans community’s access to them. This is exactly what’s been happening in places like the state of Puebla, where a radfem collective has identified as their principal project the blocking of Ley Agnes, an initiative that would allow trans people to have their gender identity recognised by way of an administrative process. Something similar is going on in the state of Mexico, where another collective has put out a call for the feminist march on March 8 to be “against the erasure of women.”

What do they mean by erasure of women? Which women? White, racialized, poor, sex workers, trans? How could more than half the world population be erased? Well, in just the same way that concepts like “gender ideology” or the “gay agenda” swept in from the most conservative sections of society to stamp out sexual and gender diversity, we’re now facing the supposed “erasure of women.” This is apparently not a concept-driven by either the church or the extreme right, but rather by the voices of feminist journalists, writers and intellectuals, such as the ex-member of parliament for the Spanish party PSOE, Ángeles Álvarez, the Mexican anthropologist and academic Marcela Lagarde or the creator of Harry Potter, JK Rowling.

This fight has popped up in countries like Spain, the U.K. and now Mexico, to block laws that would allow trans and nonbinary people to have their gender recognised through administrative processes, rather than court rulings or gender certifications—for which they’d need the presence of a psychologist or psychiatrist, as well as hormonal treatments, which have historically contributed to the pathologisation of trans people.

In Spain, for example, Ángeles Álvarez and the trans-exclusionary wing of Spanish feminism believe that approving the “Ley Trans” would put the representation of women at risk in various spheres of public life, including politics, sport, entertainment, and so on. Again, which women? Álvarez’s argument falls to pieces when we take into account the stats surrounding trans people. We’re minorities worldwide, and yet we suffer a high rate of hate crimes and suicide, as well as a shortened life expectancy. By contrast, there are very few trans people in the spheres mentioned above but, even so, they’re trotted out sensationalistically, especially in the sporting arena, to suggest that the presence of trans women threatens the likelihood of “biological women” [sic] winning.

It seems incredible to me that in 2021, after decade upon decade of feminism and gender studies, phrases like “biological women” and “biological men” [sic] continue to be used as arguments to discount the legitimacy of trans identities and to openly wage war against our most basic rights: identity, free development of personality, an absence of discrimination, access to education and a decent job.

And the thing is, it’s more than being against the “erasure of women.” Trans exclusionary voices are against gender and in favour of revindicating the material reality of sex as the single and deciding factor to determine who is and isn’t a woman. So, it’s about taking an essentialist stance which feminism has in fact spent years fighting against. Consider also that their sexed reality implies a “primary oppression,” with which they universalize the experiences of all women. This sidelines facets of identity like race, class or sexual orientation, which for some women are the principal oppressions beneath which they live.

“There are Black women, lesbian women, trans women and poor women. They suffer discrimination not just for being women, but for their race, their gender, or their socioeconomic situation (…) Feminism is against gender oppression and exploitation, and if there are women affected by racism or homophobia or transphobia, fighting against that is part of liberation”, says British feminist and journalist Reni Eddo-Lodge.

Given the particularity of our realities and the distinct violences trans people suffer, I feel I should be upfront and point out that, here, I’m speaking to the dangers of trans exclusionary speech for trans women, in particular. However, I’d like to emphasise that this speech also threatens other ways of life. Trans men, for example, are called “sisters” if they decide to detransition or traitors and “lesbophobes” if they decide to stand firm on their gender affirmation. It’s enough to look at the violence levelled at trans men who (given that they’re also capable of becoming pregnant) have attended marches in favour of the decriminalization of abortion.

As Gracia Trujillo and Moira Pérez point out, “What often stands out in TERF feminism is a refusal to include trans women within the women’s movement (or the collective itself). However, it’s really about exclusionary feminism in broader terms, which opposes—from a position of privilege—distinct forms of decision-making autonomy, bodily autonomy, right to identity, the right to a life without violence … The exclusionary feminist movement goes against many forms of being: the entire trans and nonbinary spectrum, sex workers or anyone who resorts to surrogacy, among others. In the case of those last two, sex work and surrogacy are understood at all times to constitute violence against women. This analysis doesn’t adjust itself to reality; instead, it halts the advance of rights for the people directly involved in these practices and positions them as passive victims without even listening to them.”

The danger of this discourse doesn’t lie exclusively in its fight to limit rights, it also lurks in the way it functions as a breeding ground of reinforced stigmas and prejudice against our community. For example, take the recent case of graffiti by transphobic protestors, which positioned them as against the Ley de Identidad de Género (the Law of Gender Identity); however, it was incorrectly attributed to trans people by local sources, likely in an attempt to discredit them. At the end of the day, the way our identities are constructed by both press and discourse, which aligns us with the abnormal, the out of place, the irascible, feeds into the hate crimes perpetrated against us, especially transfemicides.

Not subscribing to transphobic speech or distancing yourself from it simply isn’t enough in the current climate. We must also position ourselves against it. That’s why I applaud the Dignas Hijas collective. After identifying the way in which feminism was being weaponized for transphobic ends, they launched an initiative last August called #NoEnNuestroNombre (#NotInOurName) to underscore that “trans rights are human rights, not a threat.”

Dear allies, dear cisgender feminists: if you want to spot the Trojan horse in your movement, I invite you to consider which discourse most closely aligns with that of the extreme right. Is it that which fights for the rights and honourable existence of trans people? Or is it that of your abolitionist “sisters,” who perceive danger in otherness? Let’s make no mistake: halting the laws which allow for the recognition of different gender identities won’t mean there are fewer trans people. It will only make our lives more difficult, limiting our access to human rights.

Right now, the troops are marching against trans people and sex workers and if we continue with these lukewarm rebuttals, it won’t be the (cis)patriarchy paying the price. It’ll be you.