Construction is set to start in April 2021 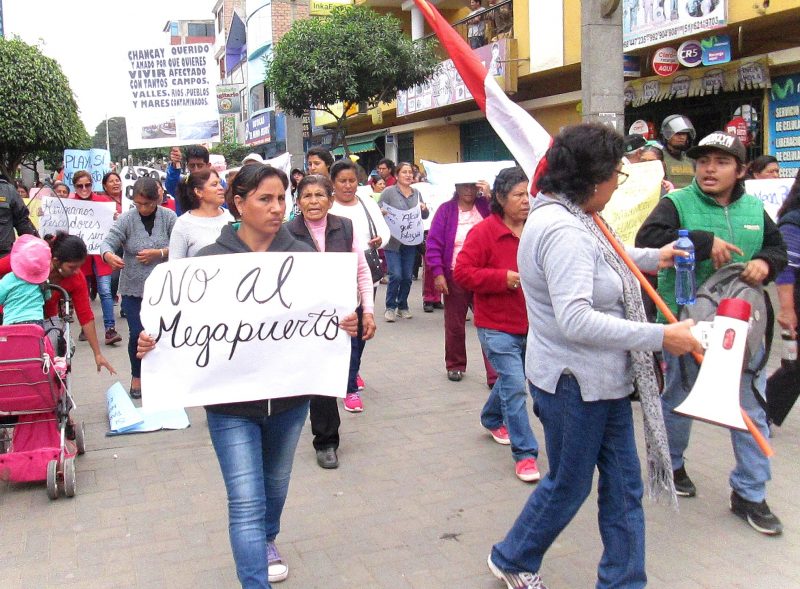 Protest against the port in 2019. Photo by Miriam Arce, used with permission.

Peruvian civil organizations are warning of the serious impact on human health and the environment that could result from the construction of the Chancay Multipurpose Port Terminal, a project led by Chinese company COSCO and by a Peruvian extractive company, Volcan Compañía Minera.

COSCO aims to make the Chancay port a “key hub of South America and a gateway to the Pacific,” as the port is located 58 kilometers north of Lima, Peru’s political and business capital. Chancay Port authorities stated that the project will generate more than 9,000 jobs, 90 per cent of which will be filled by local people.

Former Peruvian President Martín Vizcarra said in 2019 that, with this project, the country is expected to provide “one of the best port offers in all of South America.”

In early 2019, COSCO acquired 60 per cent of Volcan's stake at the Chancay port, which is worth 225 million U.S. dollars, according to Chinese state media Xinhua and China Daily. It is now the first terminal project controlled by COSCO in South America. The port operations are expected to start in 2023 and includes multi-purpose terminals, container terminals and related infrastructure facilities, with a total annual designed capacity of one million TEU. This would make for a mid-size port, considered a big leap for the region.

After a series of protests that started in 2019, local activists and residents called for modification of the construction planning in August 2020. A few months later, COSCO and Volcan presented some changes. Yet, despite the continued criticism, the Peruvian authorities approved the construction in December 2020. Upon obtaining the green light, COSCO will further invest 1.3 billion U.S. dollars to carry out the first stage of the project—construction is set to start in April this year.

Nature in the hands of biased reports? 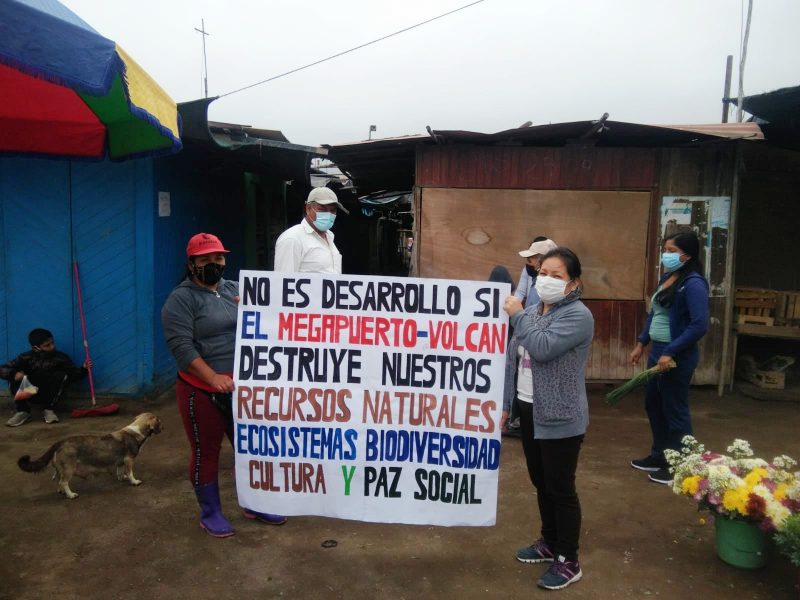 Local organizations claim that the consulting company hired by COSCO and Volcan concealed the magnitude of the hazardous impact of the new port.

Peru is one of the most biodiverse countries in the world. Impact on wetlands, high emissions of toxic pollutants, noise pollution, alteration of the coastline, massive mortality of the flora and fauna of the area, are just some of the 50 observations made in 2020 by Mundo Azul, a local NGO, which reviewed the environmental impact documents presented by COSCO and Volcan to Peruvian environmental authorities.

The construction of the terminal will require deep dredging of land, which will alter sea currents and wave directions, affect the marine fauna and result in massive mortality of marine species during the process of construction, Austermühle said. It will also affect the natural ecosystem of the neighboring Santa Rosa wetland, an important biodiversity hub. 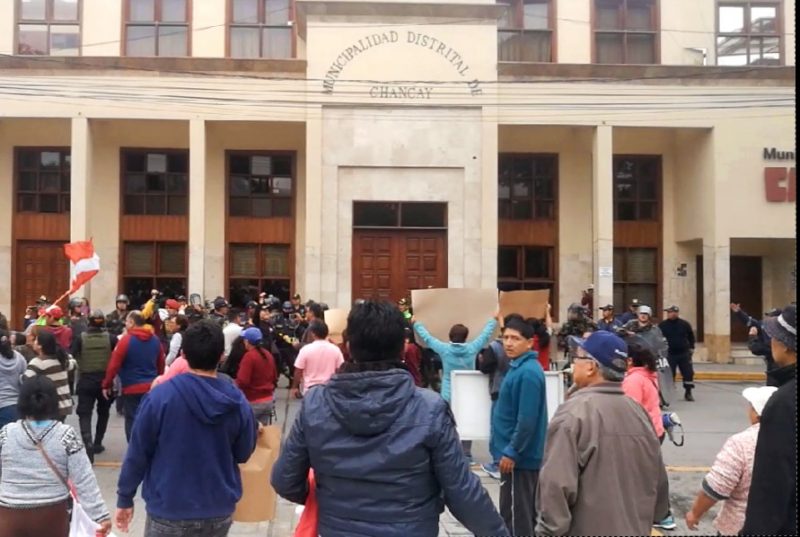 Photo of a protest in 2019 by Miriam Arce, used with permission.

Residents claim that their homes in surrounding cliffs will be affected by the severe alteration of the site. Their questions have, however, remained unanswered.

“We have not been provided with any guarantee that residents and owners of properties in this area will be compensated financially if damage or total loss is caused by the impact of the project,” Miriam Arce, president of the Association in Defense of Housing and the Environment of the Port of Chancay, told Global Voices.

“Throughout the history of Peru, investments are located wherever they want, as long as they bring money, and the state or government allows this to happen,” Arce continued. She has been protesting port enlargement projects since 2008.

“It is a populated area, we have our history, our particular biodiversity, some people make a living from the tourism industry. If the project goes ahead, everything will be changed forever, we will never recover from this,” she says.

The project also contemplates lowering the height of the neighboring hill, Cerro Cascajo, from 80 to 4 meters. “They justify that the sounds and dust that are emitted will be mitigated when lowering the height. But what about the people who live on the hill?” Williams Jurado, president of the Santa Rosa de Chancay Wetland Surveillance Committee, asked local media. “We have (up to 50 families) living there.”

In the meantime, residents, activists, and local organizations continue holding virtual meetings with authorities to press their case.

Miriam Arce and others have launched pages on social networking website Facebook (ChancaySostenible and Coordinadora en defensa de los intereses de Chancay), hoping to gain more support for overturning the government’s decision to allow the expansion of the Port Terminal project in Chancay in April. Joining forces with other organizations, Arce has reached out to members of Congress, with little gain so far. 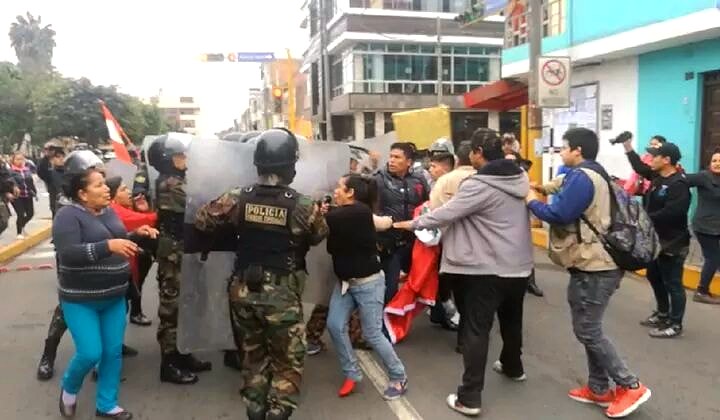 Photo of a protest in 2019 by Miriam Arce, used with permission.

Update: A COSCO representative contacted Global Voices, claiming that the Chancay port project has complied with the necessary procedures to obtain permits and licenses, including environmental studies and citizen participation plans, in coordination with different Peruvian ministries and agencies. They also alleged that the project enjoys broad community support along with documents and photos of marches in favor of the construction; they also allegedly supported related development projects such as water treatment plans and improvement of educational resources. So far, Global Voices has not been able to further verify the claims raised by COSCO.