Press freedom in Jammu and Kashmir: An interview with journalist Anuradha Bhasin

‘Democracy is power of the people, not of those ruling’ 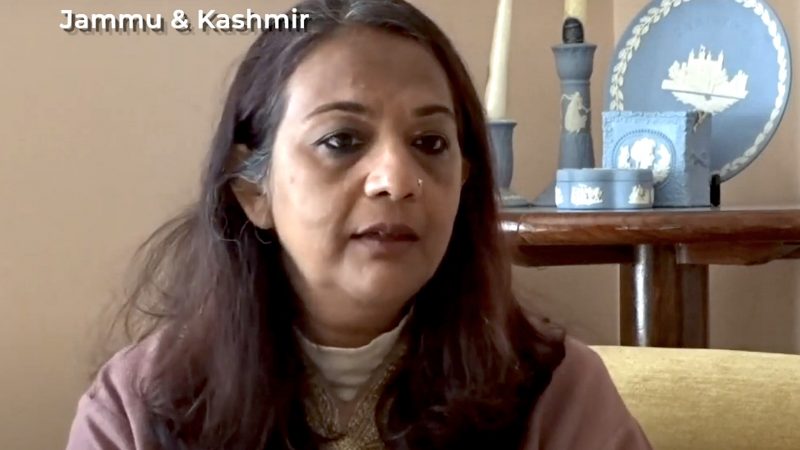 This post originally appeared on Video Volunteers, an award-winning international community media organisation based in India. An edited version is published here as part of a content-sharing agreement.

In an interview broadcast on February 11, VideoVolunteers community correspondent Basharat Amin interviewed Anuradha Bhasin, executive editor of the Daily Kashmir Times newspaper, to understand the present situation of freedom of the press in Jammu and Kashmir.

On August 5, 2019, the government of India, led by the Bharatiya Janata Party (BJP), revoked Article 370 of the Indian constitution that provided special autonomy status to the disputed state of Jammu and Kashmir. Hundreds of political leaders were placed under house arrest, and access to mobile, landline and internet networks were suspended. Roadblocks were set up on the streets as restrictions on movement were enforced and anyone who protested was detained.

In this interview, Bhasin talks (in English) about press freedom during the Nineties, when militancy against the Indian administration began in the valley, to the current situation where Article 370 has been scrapped and the government has lifted the 4G internet blockade after nearly 18 months.

Anuradha Bhasin has been working for one of the oldest newspapers of Jammu and Kashmir. She is a strong supporter of press freedom and has been in news for being a critic of the Modi government. She petitioned in the Supreme Court for revoking the curbs on communication put in place after the abrogation of Article 370 in Jammu and Kashmir. It was due to her plea that the Government of India restored 2G data internet services in the locked-down region of Kashmir.

“Local newspapers have stopped publishing anything that is critical of the government,” said Bhasin while talking about surveillance and harassment of journalists at the hands of the administration. She reminded journalists of their role of being the voice of the people, particularly of those being oppressed and marginalised.

The interview also focussed on the new media policy formulated in Kashmir, apparently to counter the spread of misinformation or fake news. “When TV channels start disseminating fake information, no action is taken against them because some of those things go in favour of the ruling government,” said Bhasin.