The misty beauty of Jamaica’s Blue Mountains captured on camera 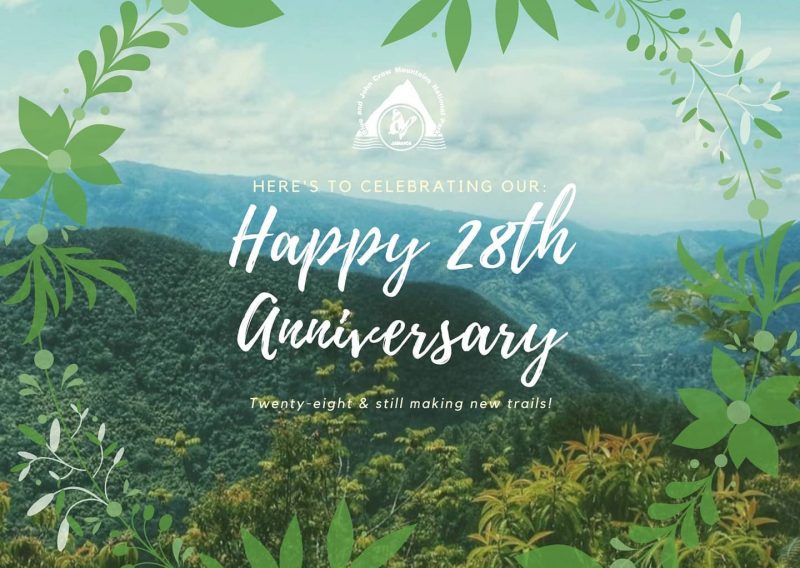 For the 28th anniversary of the Blue and John Crow Mountains National Park, the Jamaica Conservation and Development Trust held a photography competition. Image courtesy the JCDT, used with permission.

For visitors to the famed Blue Mountains of Jamaica, at every turn, it seems that there is a beautiful subject for a photograph. The rugged, forested mountains dominate the skyline of the capital, Kingston, forming a high ridge along the central and eastern sections of the island. The range includes Jamaica’s highest point, Blue Mountain Peak (2,256 meters, or approximately 7402 feet).

The Blue and John Crow Mountains National Park was designated in 1993, two years after the Jamaica Conservation and Development Trust (JCDT)—the non-profit organisation that administers the area—led the first debt-for-nature swap in the English-speaking Caribbean with endowments from USAID, Conservation Trust of Puerto Rico and The Nature Conservancy.

In 2015, the Blue and John Crow Mountains were inscribed as a UNESCO World Heritage Site, a move seen as recognition of the value of its natural and cultural heritage.

This year marks the national park's 28th anniversary. The JCDT decided to have a photography competition to celebrate the milestone and on February 26, announced the winners. The judging panel included Donnette Zacca, founder of the Jamaica Photographic Society and photographer Gary Langley, who is based in the United Kingdom.

There were 86 entries spread among three categories: Youth, Nature, and Culture. The ultimate goal, according to JCDT Executive Director Dr. Susan Otuokon, is to create a coffee table book that includes some of the competition's best photographs. 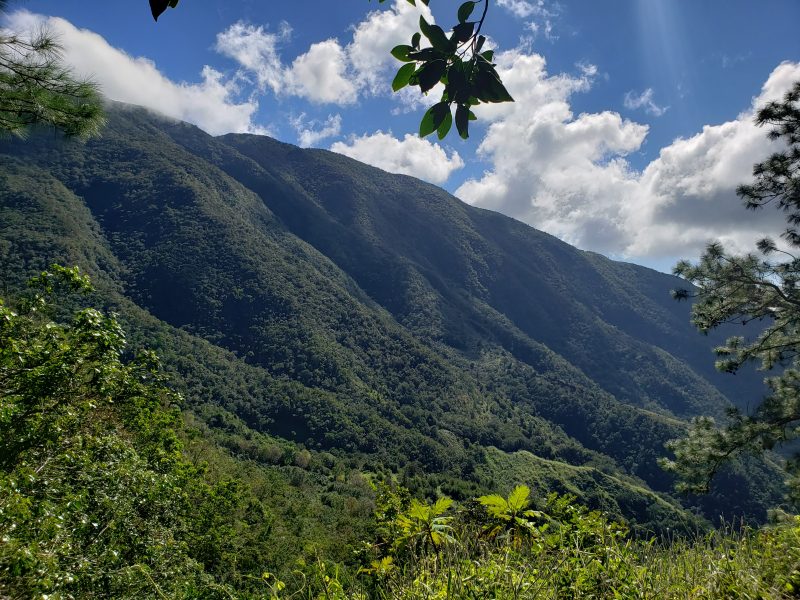 The photo by Kabrina Hylton that won first place in the Youth category of the Jamaica Conservation and Development Trust's photography competition celebrating the 28th anniversary of the Blue and John Crow Mountains National Park. Photo courtesy the JCDT, used with permission.

To get to Blue Mountain Peak, you must endure a seven-mile trek. This stunning, crystal clear view comes into sight as you descend. Aspiring photographer Kabrina Hylton said, “I saw this amazing view between the trees while leaving.” She couldn't resist taking a photo; it won her first place in the Youth category. 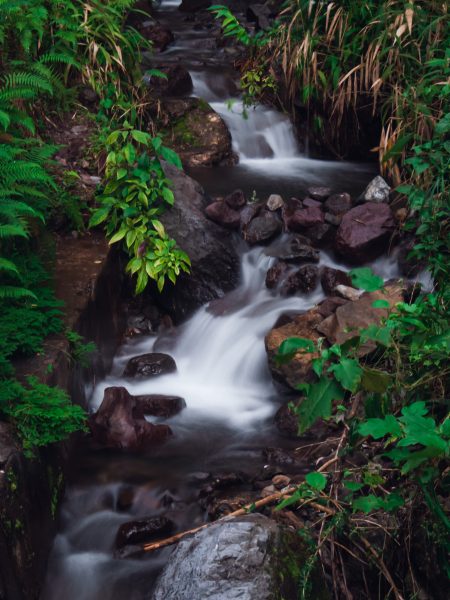 Jade Moyston’s photograph, which depicted one of the many streams that flow from the mountains, was awarded second place in the Youth category. The judges deemed her entry “refreshing and cool.” It also illustrated the photographer's adeptness at working with slower shutter speeds to capture the effect of flowing water.

The photo shows a magnificent stream of water flowing down, from the heights of the Blue and John Crow Mountains, on its way to the valley below. The supply ensures that residents of the nearby village below have a clean and reliable water supply.

Jamaica's montane cloud forest shelters biodiversity of global importance. Over half of the park’s flowering plants are endemic to Jamaica, and one-third to the national park itself. Many of the competition's submissions, therefore, reflected the park's ethereal landscape, with tree ferns, lichens, bromeliads and mosses hanging from the trees. 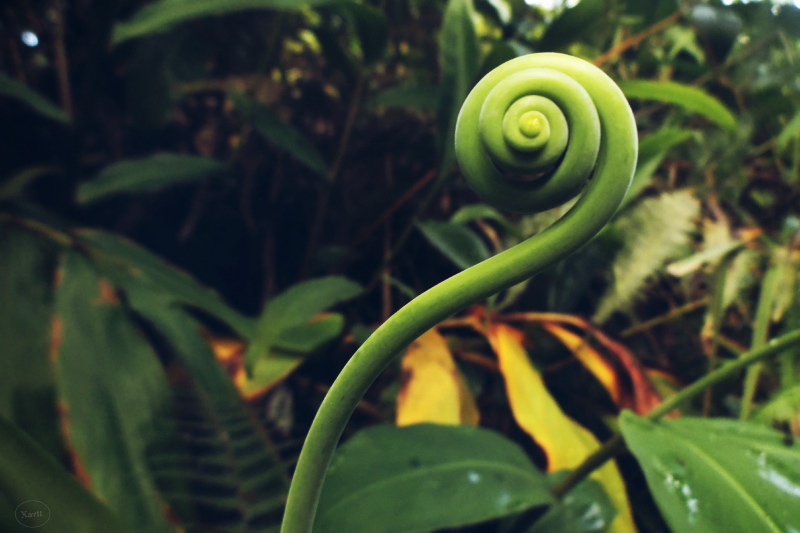 Xavier Allen photographed the exquisite curl of a young fern opening, winning him third place in the Youth category. Photo courtesy the JCDT, used with permission. 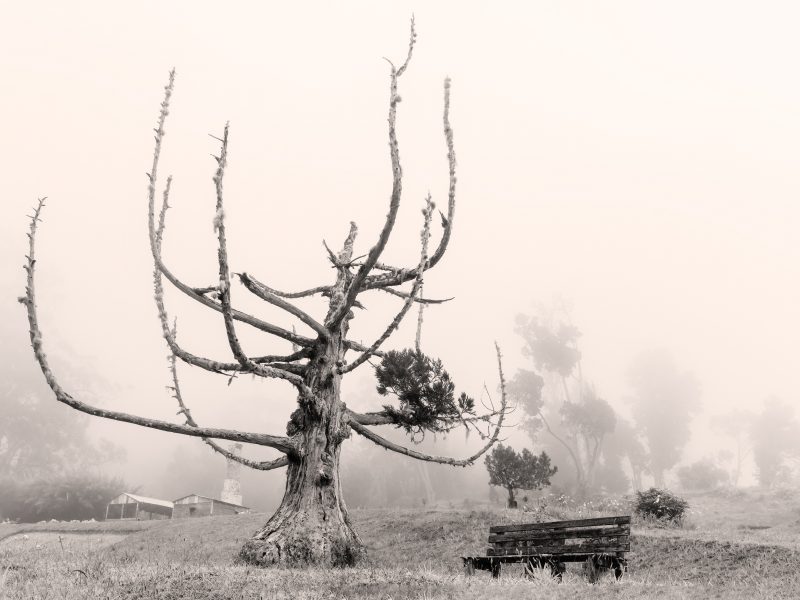 The lonely, historic Cinchona Botanical Garden, established in 1868, was the subject of the first-placed photograph in the Nature category by Sherard Little. Entitled “Tranquility,” it communicates multiple aspects of the mountains, all at once: its great height, its unique biodiversity in the unusual shape of the tree and the surrounding vegetation, its long history and man's coexistence with nature, both from the perspective of human coexistence (the building and chimney) and introspection (the bench). 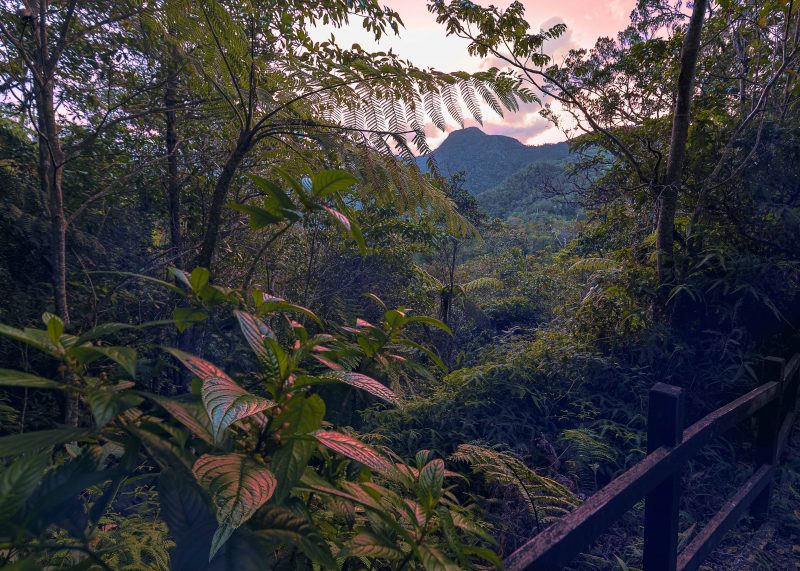 This photo of the Oatley Mountain Trail, by Reichel Neil, took second place in the Nature category. Photo courtesy the JCDT, used with permission.

Reichel Neil's captivating photo of the Oatley Mountain Trail, which won her second place in the Nature category of the competition, was described as “dramatic and flavorful” by judge Donnette Zacca.

A photograph of trees by B’Andra Haughton-Walters won third place from the judges of the Jamaica Conservation and Development Trust photography competition. Photo courtesy JCDT, used with permission.

B’Andra Haughton-Walters said that her dreamy photograph of trees in the mist was “a stark contrast to the city below.”

First place in the Cultural section was this serene scene by Melanie Taylor. Photo courtesy the JCDT, used with permission.

Photographer Melanie Taylor’s calm, almost mystical image, which is captioned “Find yourself, test your limits, be fulfilled,” captured the judges’ imagination and earned her first place in the Culture category. 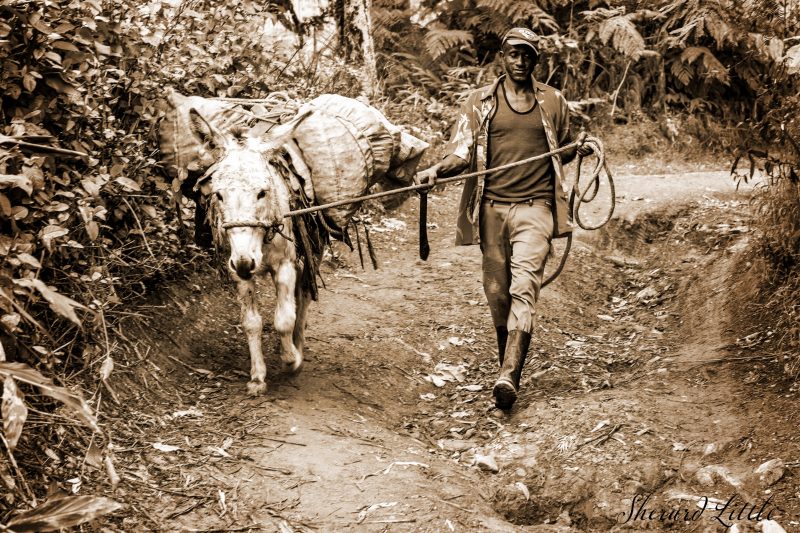 Sherard Little’s shot of a farmer and his donkey won second place in the Culture category. Photo courtesy the JCDT, used with permission.

Coming in a close second in the Culture category was Sherard Little’s sepia-toned photograph of a farmer striding downhill with his donkey, which the judges found had a “timeless” air.

Historically, the Blue and John Crow Mountains were a refuge to the Windward Maroons who escaped their enslavement. The area, therefore, preserves the tangible cultural heritage associated with their story, including trails, archaeological sites and settlements. Centuries later, the Maroon culture remains vibrant. 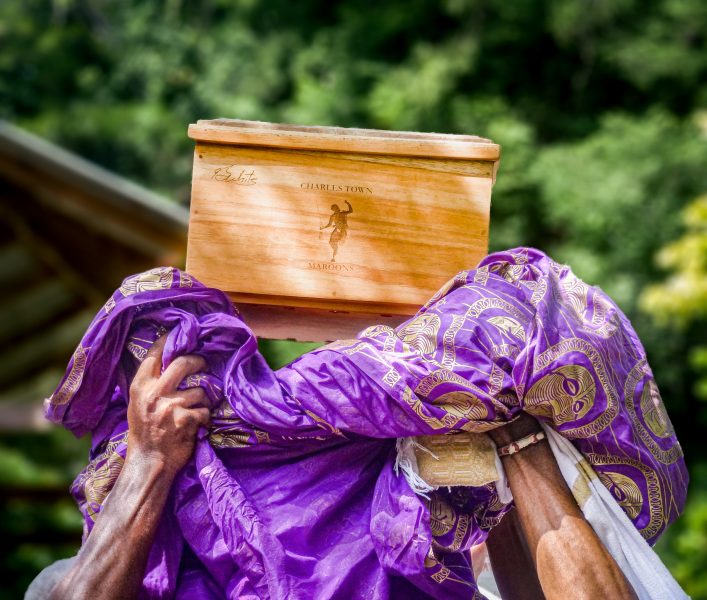 A bench drum is held aloft in this Culture entry by Peter-Ann Higgins which won third place. Photo courtesy the JCDT, used with permission.

In this third-placed photograph by Peter-Ann Higgins, taken at the three-day wake for the beloved leader of the Charlestown Maroons, Colonel Frank Lumsden, a gumbe or bench drum is lifted during the ceremony. 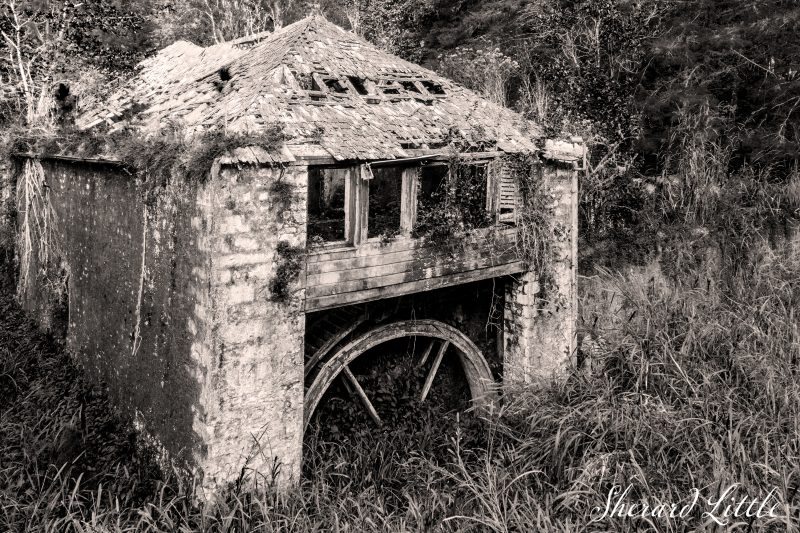 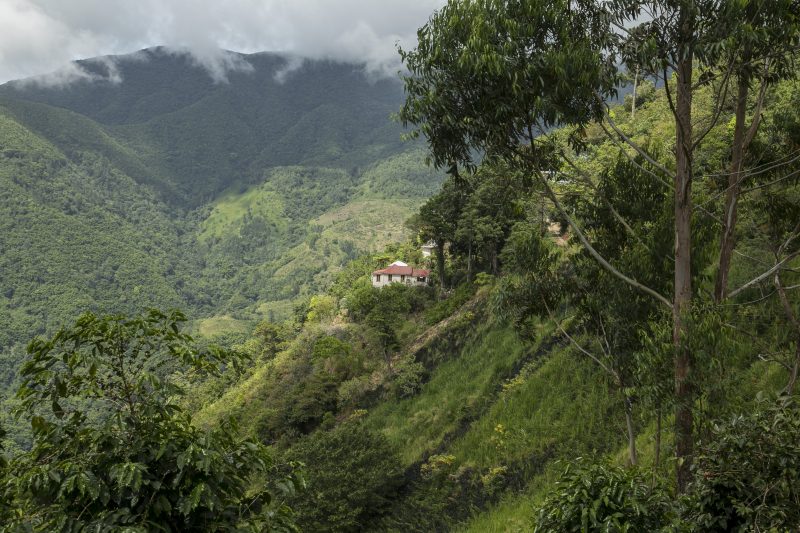 Marie Baillie’s entry of a house nestled on the hillside won third place in the Nature category. Photo courtesy the JCDT, used with permission.

Marie Baillie’s photograph captures the coexistence of man and nature, proof, the photographer says, that “one can live” in the Blue Mountains, in harmony with nature.

Several entrants observed that the Blue Mountains offered a sense of calm and retreat. Judge Donnette Zacca encouraged the photographers to continue trying to capture the area’s unique atmosphere, and the “stillness that defines the aura and beauty of the mountains,” saying, “Please keep your awareness of this beautiful place alive.”