A closer look into the Chinese political discussion on Clubhouse 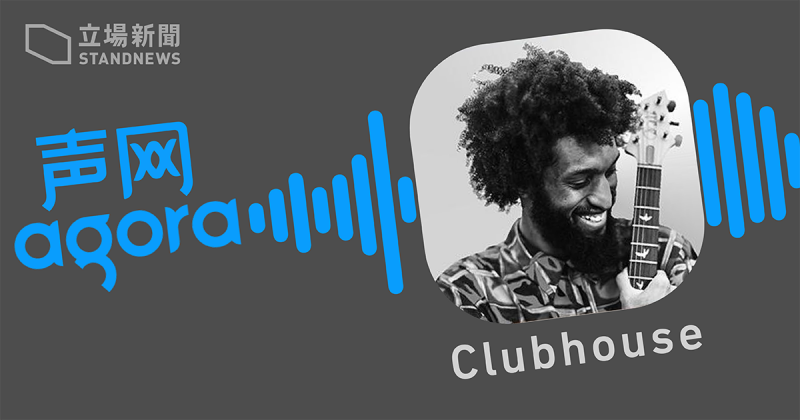 The following post is the first part of a Chinese feature report on the Chinese political discussions on Clubhouse in early February 2021 published on Stand News on February 12. The English version is translated by Neris Jonathan and published on Global Voices under a content partnership agreement.

One day, an ethnic Han Chinese man clicked on a Clubhouse room called “Are there any concentration camps in Xinjiang?” and heard Uyghur speakers sharing their stories about the concentration camps in Xinjiang. After awhile, the man turned on his microphone and told others in the room that he had to stop his car at the curb as he could not contain his feelings and cry his eyes out.

The Xinjiang discussion room was created on February 6 by Charles (alias), who is originally from Mainland China and has settled the United States for over ten years.

Charles told the Stand News that his friends from Mainland China had registered their accounts on the Clubhouse on that day and he decided to open a chatroom through the app. He likes bringing up controversial topics for discussion in his social circle as some of his friends have government affiliations. He wanted to talk about Xinjiang as a number of foreign media outlets reported claims made by survivors of the concentration camps that women were subjected to systemic rapes in the concentration camps in Xinjiang.

After a round of private chats among his friends, they decided to open up the room. Within less than an hour, thousands of people joined in. At first, many Han Chinese said they were shocked to hear the news. Soon after, an ethnic Uyghur who works outside Mainland China entered the room and began sharing his story. After that, Uyghur people from different parts of the world flock into the room.

The discussion had lasted for 12 hours. Charles commented that “the room made people feel safe and people are more at ease to share their vulnerable feelings.”

Rayhan Asat, a Uyghur who had shared her family story in “Are there any concentration camps in Xinjiang” told the Stand News,

I always wanted to have this kind of opportunity (referring to having the chance of speaking before a Chinese audience). Maybe someone will be willing to talk to me and listen to me if I choose speak the truth.

Rayhan Asat is the first Uyghur to ever obtain a graduate degree from Harvard. She moved to the United States in 2009 and became a permanent resident. Last year, Rayhan Asat decided to publicly speak up for her younger brother Ekpar Asat who has disappeared for five years since he returned to Mainland China from the United States in 2016. She only found out in last winter that her brother was sentenced to fifteen years in jail for allegedly inciting racial hatred.

Rayhan Asat said she had more confidence to share her stories in the Clubhouse as everyone are equal in the room. Before she spoke, a “tiny pink” (Chinese online patriot) kept repeating the Chinese official discourse that the policy in Xinjiang is to counter terrorism. Others intervened and rebuked his claim.

Rayhan Asat shared the story of her younger brother’s disappearance in the room. She told others in the room,

I am extremely worried that they might be torturing my little brother as we speak.

Rayhan Asat's parents are members of the Chinese communist party: her father is a government official working in water service department and her mom is an emeritus professor of chemistry, while her younger brother was an entrepreneur with good relation with the local government. She stressed,

Even though (they) are a “model” family, (authorities) still sent him (Rayhan Asat’s younger brother) to a concentration camp.

Rayhan Asat’s spoke for more than two minutes without being interrupted. Some were crying, while others began to apologize to her by the time she finished talking.

Rayhan Asat still remembers that during the discussion, one Han Chinese said:

I am really grateful for this Uyghur for speaking up, I understand your pain.

Then another Han Chinese said,

Don’t say that you understand her pain, you will never understand their pain.

People began (to) show the most sincere side of themselves…they started to become our allies.

As others shared the discussion in the Xinjiang room on Facebook and Twitter, more flocked in the Clubhouse room to bear witness to this cross-ethnic and multi-regional public discussion.

Charles believed that the successful dialogue was made possible by the “storytelling” approach:

Like movies, the genre is not to give you a lesson but to tell you a story. In the end, you learn something or get some inspirations from the story.

While the discussion about Xinjiang concentration camps continued to heat up, many Clubhouse users from Mainland China, Taiwan, and Hong Kong began hosting political topics.

Zoula, a citizen reporter and civic right activist, hosted the “Politically Incorrect Reporters” room which discussed cross border political topics including Taiwanese independence, Hong Kong protests, and COVID-19 prevention measures in different parts of the world. He said that in order to create a non-polarized community, he had implemented a set of rule in the room – each speaker cannot talk for more than two minutes and verb attack are not allowed. Zoula stressed that the purpose of the discussion is for sharing experience and facts rather than convincing others.

Raphael (alias) was assigned as a moderator in the room “Guangzhouese asks HongKongese” soon after he joined the discussion. Eventually, the discussion had lasted for three days and two nights. He said in the past he had the experience of attending classes on politics along with students from Mainland China, but he never had such extensive discussions with mainland Chinese people. Other than when he was asleep, Raphael listened nonstop to the dialogues in the room,

I was able to hear the tone of their voices, their usage of words, their cultural and social habits. I could not have learned all these through written text.

The most heated topic in the room was the political relation between Hong Kong and China. Raphael was shocked to hear that some mainland Chinese actually support Hong Kong protests,

user from Hong Kong like myself tried very hard to explain the political struggle in Hong Kong, we hope that we could resolve the antagonism between people from Hong Kong and China… what we are doing today is just tiny steps, but if we gave up the chance, we will also be the
[political] minority.

Lokman Tsui, an assistant professor of the School of Journalism and Communications of Chinese University of Hong Kong, has been conducting research on new media and hence spent quite a large amount of time observing the discussion on Clubhouse. He realized that the the spaces that people have created on Clubhouse are similar to the public spheres as described by [philosopher] Jürgen Habermas,

The participants in the room have different opinions. When someone says something offensive to others, someone will immediately step in to ask him to calmly explain their points of view. Habermas said that we cannot let emotions drive the conversation. Such principle has been achieved during the discussions on sensitive topics related to Mainland China, Taiwan, and Hong Kong. This is really impressive. Secondly, everyone gets a turn to talk, everyone is equal. For example, some moderators even set up a time limit and have male and female speakers take turns alternately.

Just like the salons and the cafés where people would sit down and talk while they sipped on their cups of coffee in Paris during the 18th century, public spheres are fundamental for democratic societies. The main point isn’t to win a debate but to connect members of a society and that they share a community of fate. And to a certain extent, Clubhouse has achieved this. For example, many people in Hong Kong hold prejudice against people from Mainland China, but after they experienced the discussion on Clubhouse, many told me that people from Mainland China are also human. The dialogue [makes the imagined enemy] more humane or civilized.

Clubhouse was blocked in Mainland China on February 8, one day after the Xinjiang room was closed. Lokman Tsui wrote on Facebook,