Legal victory but the state is not bound to reconsider project 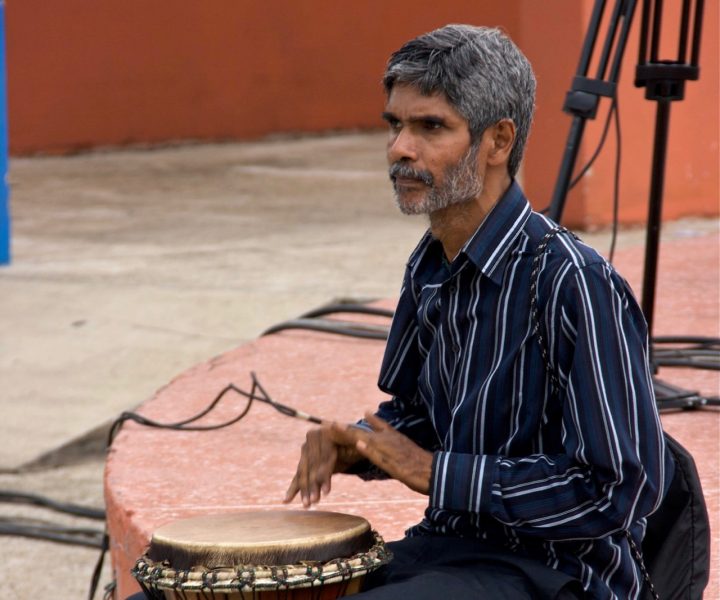 Editor's note: In 2012 and 2014, Global Voices followed the story of activist and academic Dr. Wayne Kublalsingh, who undertook two separate hunger strikes to protest the construction of the Debe to Mon Desir section of a highway intended to link San Fernando to Point Fortin, two major hubs in southern Trinidad, which would displace many homes and damage the environment. Along with the Highway Re-Route Movement, Kublalsingh took legal action against the state, on the grounds that it continued the road works without consulting stakeholders. On October 26, 2020, the High Court upheld their claim.

The following interview by Nicole Vallie was originally published on Cari-Bois News. An edited version is republished here as part of a content-sharing agreement with Global Voices.

Wayne Kublalsingh's passion for the environment can be traced back to his childhood in Trinidad's sugarcane belt, but it was only during his tenure at the University of the West Indies, when a student whose father was an employee of the soon-to-be-closed Caroni Limited approached him for help, that activism also became a part of his life. He advocated for the defunct company's 77,000 acres of flat land to be part of a new economic platform designed to regenerate the economic possibilities for the displaced and voiceless farmers.

The fact that the government of the day shelved his report did not deter him, nor did the trend of “development” that greenlighted mega highways and colossal energy initiatives with little or no consideration for the country's social or ecological assets. Instead, he was fuelled by the needs of the people and communities for which he was advocating.

Birth of a movement

In 2004, residents of four villages between Debe and Mon Desir became aware of plans to build a major highway through the area. Certain sections of the roadway were to be built near to environmentally sensitive wetlands, and through communities that had been built up from the mid-19th century when East Indian indentureship began.

The residents, well aware of the hydrology of the surrounding lagoon system and the area's propensity for flooding, had been quietly lobbying against the highway until 2010. Although a Certificate of Environmental Clearance (CEC) for the proposed highway had been issued, a new government had taken office, and the incoming administration promised that plans for the highway's construction would not proceed. As a result, the affected communities did not challenge the issuance of the CEC in court.

By 2011, however, when it became clear that the promise would not be kept, the residents approached Kublalsingh to be their spokesperson, and the Highway Re-Route Movement (HRM) was formalised. It was a deliberate choice of name: they were not against the construction of a highway, but felt that it could be done without destruction to their homes and surrounding wetlands. Their cause was heavily publicised, aided by several large demonstrations and Kublalsingh's two controversial hunger strikes.

The first time, the government agreed to an independent review of the highway project, which reportedly cost over 700,000 Trinidad and Tobago dollars (just over 100,000 United States dollars). The government never even considered the report, triggering Kublalsingh's second hunger strike, which saw numerous trips to the hospital and a nasty reaction from state officials, politicians and the general public.

After eight long years before the courts, High Court Justice James Aboud ruled that the then government's behaviour breached every rule of natural justice, defied the HRM’s legitimate expectation as part of the Judicial Review Act, and breached their constitutional rights:

Having spent over $700,000 for the HRC Report, it is unconscionable that the Government should have decided to entirely disregard its recommendations.

Aboud ordered the state to pay damages in the sum of TT $500,000 (about US $75,000), as well as to cover the HRM's legal costs, but Kublalsingh says, “it would have been a better outcome” if the court had ordered the government to abide by the findings of the independently commissioned report.

As it stands, the Government is not bound by the decision to stop the highway or reconsider the project in any way. The HRM, therefore, plans to pursue its remaining matters before the court (in one of which Kublalsingh accused the state of “bullying citizens to get its way”) in the hope that victories there would have a positive influence on the other cases.

Joke to some, hero to others

Kublalsingh describes the hunger strikes as “the most terrible and wicked thing” he has ever done to himself. To this day, he suffers with his heart, lungs and kidneys as a result of the ordeal. In addition to the impact on his health, he was arrested on multiple occasions and fired from his university post. Still, he has no regrets:

For 200 days I sat at the front of the prime minister’s office. People [would] smile at me, bring me water, stop and talk to me, and others would ridicule me when they see me, up to today. They see me as a joke, and they do this because their leaders have told them that I am a joke. [Few] people understand the importance of this revolution, of this struggle; it has not been explained to them. They only begin to see you with validity and respect when the court approves you.

Asked whether he feels vindicated by the legal victory, Kublalsingh said that vindication would only come “when the stories of the people are told […] the people who were the first to stand up against irresponsible development and say no.”

He traces the struggle back to that student whose father worked for Caroni Limited, discarded by “large global corporations invited by governments and coming in here to absorb our ecological social and financial assets. They make the profit,” Kublalsingh says, “give us the crumbs and go back home.”

Instead, he wants people-led development, where communities “have the capacity to generate their own produce, create their markets, sell globally, work locally and bring prosperity and peace to Trinidad and Tobago.”

Nicole Vallie is an environmental professional with an MSc. in Biodiversity Conservation and Sustainable Development, who has worked extensively with civil society organisations in the Caribbean to promote sustainable and responsible development.