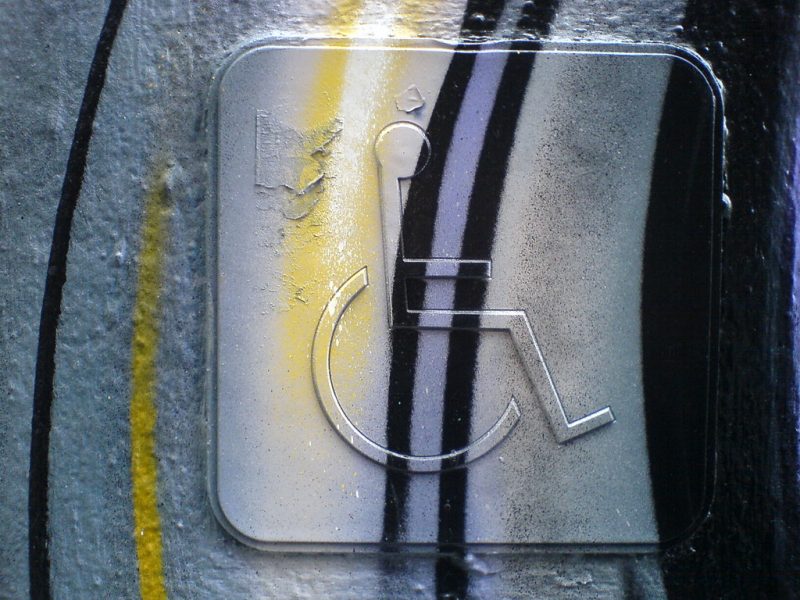 I was doing a focus group in 2020 with a group of Paralympic athletes in Azerbaijan [3] when one of them gave me an eye-opening statistic: Only 3 per cent, or 20,000, of people with disabilities in the country have a social life. I knew the number would be low, but the actual number was shocking to me. In Azerbaijan, people with disabilities [4] comprise 6 per cent of the total [5] population. Weeks later, I had an exchange with a woman who was in a wheelchair, who told me she had spent the last 40 years of her life inside her home. She never left unless there was a burning reason to do so.

On a typical evening in the center of Baku, the capital of Azerbaijan, you are unlikely to see anyone with disabilities other than beggars (and that is assuming they really have a disability [6]). I kept asking myself why was that? Why did people with disabilities never go out, or if they did, why so rarely? Eventually, I realized the problem was deeply rooted in our perceptions, culture, legislation and infrastructure.

Let’s start with public transportation. In Azerbaijan, the bus system is largely unable to accommodate people with disabilities, with the exception of maybe a dozen routes—but these are limited to central Baku. If you live in the suburbs, parts of the city where these lines simply do not run, or if you don’t live in Baku at all, your only real options are walking, driving, or taking a cab.

The metro is an option, but the way it operates for the disabled is absurd and inefficient. With hopes of boosting the use of the metro by the disabled community, Baku Metropolitan launched a program [7] in 2019 that allocated not one, but two, metro staff to chaperone the traveler through their destination. To use the service, first, a phone call must be made to the metro, at least an hour in advance of the trip, informing staff of the intended travel route. Once the phone booking is complete, the passenger is greeted at the metro and helped to get to the desired destination. This superficial solution to a profound problem is indicative of just how difficult it is to come about real change. At the moment only two metro stations offer lifts according [8] to the Baku Metro, and both are offered at two recently built metro stops.

Getting around the city in a wheelchair is not feasible either, because the sidewalks, the underground passes, the traffic stops, to name a few aspects of infrastructure, are not built for people with disabilities. Added to this is the unsuitable texture of the sidewalks, which makes it difficult to navigate if you are in a wheelchair.

The lack of employment opportunities

Then there is the option of taxi services, but taking taxis regularly or often is costly. For that, you need to have a job that pays well, which brings me to another issue: the employment opportunities for people with disabilities. No employer wants to hire people with disabilities because of doubts about their skills and education. The responsibility for this unequal approach is closely connected to government policies. Even though employers are legally obligated [9] to hire a certain percentage of employees with special needs, according to the size of their enterprises, they don't tend to hire disabled people. If anything, they are able to get away with paying a small fine.

In Azerbaijan, the government doesn’t provide inclusive education opportunities. Not only are the physical schools inaccessible to students with special needs but so too is the school curriculum. These obstacles leave a significant number of people with disabilities uneducated, unless at their own expense, which shouldn’t be the case as education is their fundamental human right. Because people with disabilities lack proper education, not only can’t they get jobs but also they cannot defend themselves if it ever becomes necessary. They are forced to be dependent on others—often their families—because authorities fail to provide their basic rights and services.

This brings me to my next question. Why is the government not interested in providing lasting, sustainable and impactful solutions to the problems people with disabilities face in Azerbaijan? This is not a political problem and has no political consequences in a system [10] deeply rooted in clientelism, nepotism and cronyism. The government has partnered with international institutions to implement various [11] programs [12] over the years. Most recently, the UNDP held [13] a virtual round-table event with representatives of the Ministry of Labor and Social Protection, UNFPA Azerbaijan and some 20 representatives from companies to discuss best practices in employing people with disabilities and creating more opportunities for them. Azerbaijan is also party to the UN Convention on the Rights of Persons with Disabilities since 2009, but when it comes to practice and implementation, there is little to show.

This gives me reason to think that the problem is cultural and has to do with the national mentality. Ableism is deeply rooted in Azerbaijan and there’s a huge lack of disability-related education for the general public. The prevailing thinking is not sympathetic, and people with disabilities are often just pitied. A saying in Azerbaijan demonstrates this: “If you have a good neighbor, then your crippled daughter will get married,” (“Qonşu qonşu olsa, topal qız ərə gedər”).

One systemic solution would be through educating people at schools and universities about the importance of inclusion for people with disabilities. That would go a long way to solving this cultural problem in a matter of a few generations, though reforms are needed on all levels—state, society, and of course, through education and culture.

I remember a conversation I once had with a friend during which I was telling him about a new civic tech project I was working on that would make Baku more accessible. He told me something I still remember.  He said, “To make Baku a disability-friendly city, you need to disassemble every street, every building, every corner, and rebuild it again so it’s accessible and inclusive.” I think he was right. There seems to be no other way.