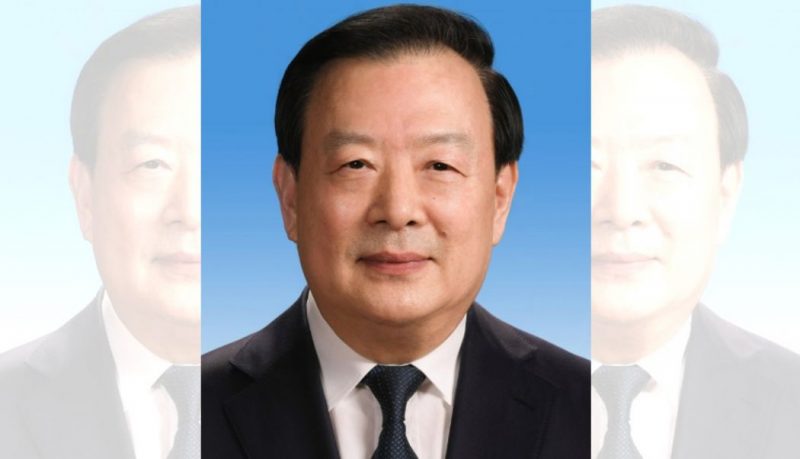 This story was written by Kelly Ho and was originally published by Hong Kong Free Press. An edited version is republished here under a content partnership agreement.

A Beijing official in charge of Hong Kong affairs has signaled that Hong Kong will undergo a set of electoral reforms under the leadership of the Chinese authorities, with an aim to block “anti-China” opposition forces from the city’s governing bodies.

Xia said the power to govern the semi-autonomous region must “lie in the hands of patriots,” as it was the “fundamental principle” of fulfilling the One Country, Two Systems. He said people in almost all countries and regions will demonstrate patriotism when running for public office, except from Hong Kong:

Only in Hong Kong would some people show off their rebellion against their motherland… or even use their opposition to the country, the rejection of the [Central Government] and the demonization of their own ethnic group as election slogans, and make an extremely ugly political performance when they swear into office.

The HKMAO head described patriots as individuals who genuinely uphold Chinese sovereignty and respect the constitutional order of the HKSAR. He said people who “smear” the country and city and those “begging” for foreign sanctions would not be seen as patriots.

Violators of the national security law would also be against the expected conduct of a patriot, said the senior Chinese official in Hong Kong. The sweeping legislation promulgated on June 30 last year criminalizes secession, subversion, collusion with foreign forces, and terrorist acts.

Xia labelled the opposition camp in Hong Kong as “anti-China” and pro-independence. He said “radical separatist forces” had entered the HKSAR’s governance framework via different elections, holding positions in the Legislative Council, the Election Committee of the chief executive, and the District Council, and thus harmed the country:

In our country that adopts socialist democracy, different political opinions are allowed. But there is a red line, that is [people] are definitely not allowed to harm the country’s fundamental system.

In November, Beijing’s top legislative body passed a resolution that enabled the Hong Kong government to oust four “unpatriotic” lawmakers from the pro-democracy camp. It prompted a mass resignation of democrats, leaving the LegCo with mostly pro-establishment legislators and no effective opposition.

Xia said the most important and urgent move for Hong Kong was to “perfect” the city’s electoral system, to ensure the loyalists of China could “firmly hold” the its governing power.

The HKMAO director warned that the local authorities must not allow individuals who are pro-independence, or supporters of “mutual destruction” and “black violence” – referencing the black-clad protesters in the 2019 anti-extradition bill movement – to become part of the SAR regime. He said:

The electoral system in Hong Kong should achieve these effects: fully respect the democratic rights of the public, practically safeguard national sovereignty and security… guarantee all kinds of elections are just, fair and open and effectively prevent the proxies of anti-China members who disrupt Hong Kong and international anti-China forces to enter SAR’s organs of power.

“The reforms must be executed under the leadership of Beijing”, Xia said, adding the authorities must devise policies to ensure the people who make up the city’s executive, legislative and judicial branches, as well as the person-in-charge of important statutory organisations, are patriots. And warned:

Important positions, under any circumstances, cannot be taken up by anti-China forces that disrupt Hong Kong.

The Hong Kong government has indicated plans to amend the existing legislation on oath-taking for people in public office to cover district councilors. Critics slammed the move as an attempt to further eliminate opposition in the city, after the pro-democracy camp won a historic landslide victory against pro-establishment candidates in the 2019 District Council election.