Updating Uyghur: The power of online discussions for language preservation

Can a language survive by taking refuge in uncensored digital space? 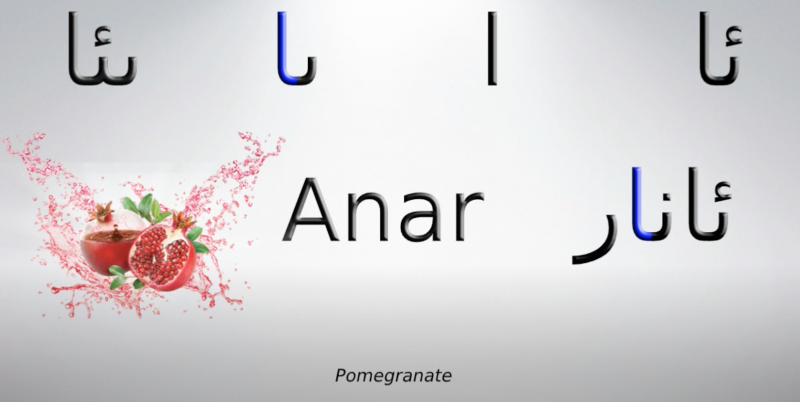 Languages need to adapt to the modern world to catch-up with new technology and concepts if they want to remain competitive, particularly among younger speakers. This is particularly true for Uyghur, a Turkic language spoken in Western China that is under threat due to targeted discrimination conducted by Chinese authorities in the hope that Chinese may appear more attractive and technology-friendly among Uyghur youth.

Uyghur linguists have long been aware of the fact that Uyghur, a Turkic language with an estimated 10 million speakers, written in the Arabic alphabet in China, and with a rich tradition of intricate poetry, philosophy and songs written in that language, needs to include elements of modern life to serve the needs of the younger generation, as well as of social media where more and more conversations are taking place. 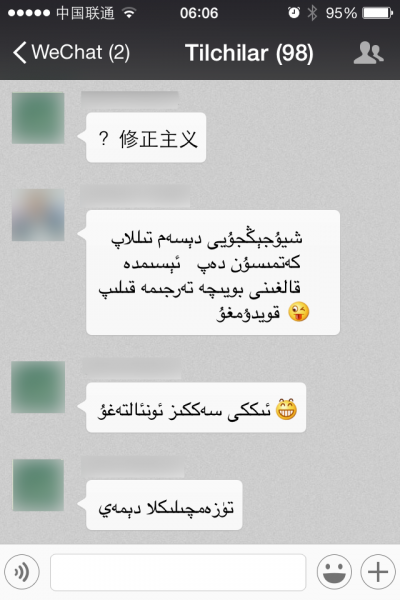 Screenshot of the WeChat group Tilchilar that discussed new terms and their Uyghur equivalent, provided by Elise Anderson, used with permission

To have a rare insight into those efforts, Global Voices spoke to Elise Anderson, an expert on Uyghur language and music who spent years in Xinjiang, and now works as a Senior Program Officer with the Uyghur Human Rights Project. Anderson, who spent most of her time in Xinjiang from 2012 to 2016, was invited in January 2014 by an Uyghur linguist friend to join their WeChat group called “Tilchilar” (Linguists) as she was herself studying the language in-depth as part of her doctoral research on Uyghur music and songs. Here is how she describes the group hosted on China's most popular social media platform, WeChat:

The group had around 100 members at any given moment, most of whom were highly educated native speakers, including academics, translators, bureaucrats, and even a few officials from regional-level institutions. We discussed persistent “problems” in the language, including spelling, grammar, translation. Most often, our conversations centered on terminology and whether we could replace Chinese loanwords to preserve the “purity” (sapliq) of Uyghur. A group member might say, “I noticed teenagers are using [Mandarin word]. What could we say instead?” We would then cycle through possibilities: Was there a word to “resurrect” from pre-modern Uyghur? No? What about “borrowing” from other Turkic languages? No? What about “importing” from a more distant language? And so on. In a few cases, we settled on terms, which more influential group members then attempted to lexicalize. But discussions of single words could last days and often went unresolved.

As Anderson explains, the group was also trading examples of bad translations, some of which were comical, but also raised an uncomfortable questions such as why would there be unedited translations in Uyghur in a territory inhabited by millions of native speakers of the language.

The disproportionate importance of social media

For languages that do not have a dominating position in a country, are have a small number of speakers, their digital footprint is often an indicator of their chances for long-term survival. For Uyghur language, WeChat offered a unique opportunity with its voice messaging feature. As Anderson explains, the platform became so popular it was given an Uyghur name, “Ündidar”, a portmanteau word made of the Turkic word “ün” which means voice, and the Persian term “didar” which refers to encounter. The poetic term was coined by the poet and intellectual Abduqadir Jalaliddin, who disappeared from his Ürümqi home in 2018 and is currently incarcerated.

According to Anderson, allowing texting in Uyghur came much later:

Uyghur was still not a fully phone-compatible language when I lived in the region. The incompatibility stemmed from the 1990s, when the resource-strapped regional government chose to fund cultural projects (music, dance) over computing initiatives. By the time smartphone use really took off, sometime around 2012, no phone had an OS in Uyghur, and Arabic-script keyboards for the language were only available through third-party apps many people were unaware of. What this meant was that many users, particularly those with low reading facilities in Mandarin, were using phones they barely knew how to operate with no way to type in the language and script they preferred. But the fact that an app like WeChat could make spoken discussion, often in large groups, possible was significant.

Today the Uyghur diaspora living outside a Beijing-censored internet is probably the most active user of Uyghur language over social media. Microsoft has offered full operating systems in Uyghur since 2016, and most smartphones allow Uyghur on their keyboard. In February 2020, Google also added Uyghur on its free translation platform, expanding the space for Uyghur online.

In China, the opposite is happening, according to Anderson:

The Uyghur web, most of which was hosted inside the borders of China, used to be a vibrant space, where popular message boards gave users space to discuss everything under the sun (or at least everything under the sun that made it through the censors) and even to publish new literary work. Since 2016, authorities in the Uyghur region have managed to scrub that web nearly completely, such that today there are very few Uyghur-language sites left. Henryk Szadziewski and Greg Fay refer to an earlier scrubbing of the Uyghur web, that which occurred in the aftermath of the Ürümqi Uprising in July 2009, as a “digital book burning,” which seems apt when you consider how much has been lost in the destruction.

The situation inside China does not allow for any optimism in the context of the massive internment and imprisonment of at least over a million ethnic Uyghurs. Indeed part of this program of ethnic and cultural genocide, tens if not hundreds of thousands of Uyghur children are forcibly taken away from their parents and extended family and placed in orphanages and boarding schools where the only language allowed and spoken is Mandarin Chinese.

The way to keep anything alive, including a language, is to create space for it to live and provide material support so it can thrive. The Uyghur language will survive if it is put it on equal footing with other languages, if it “counts” in professional and formal settings, if it has support as a language of literary and scientific production, and so on. Current Chinese government policies allow no such space for the language. Should these policies continue, younger generations of Uyghurs might never know how the world looks and sounds in their mother tongue.