To us Latin Americans, the story was just short of incomprehensible 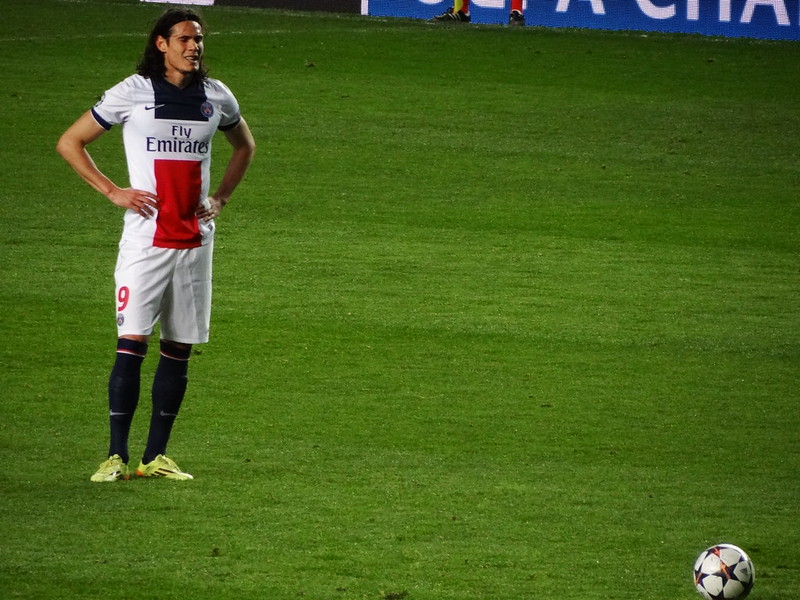 This article was originally published on Persuasion and is edited by Global Voices.

There, his troubles began. Some in the British media seized upon Cavani’s reply of last November as being racially offensive, so the player hurriedly apologized, and took down the Instagram post. But it was too late. The English Football Association—while finding “no intent on the part of the player to be discriminatory or offensive in any way”—still fined him £100,000 (around US$135,000), and suspended him for three games.

To us Latin Americans, the story was just short of incomprehensible. “Negrito”—the diminutive of the word for “black”—sounds aggressive in English. But, as Uruguay’s National Academy of Letters noted, in Spanish it’s not offensive; it’s a term of endearment. It’s not even particularly racialized: Plenty of white people are nicknamed negrito, including, as it happens, Cavani’s friend. (His hair is black.)

“Unfortunately,” a statement from the Uruguayan Players’ Union read, “through its sanction, the English Football Association expresses absolute ignorance and disdain for a multicultural vision of the world.” The South American Football Confederation, CONMEBOL, also expressed its support for Cavani. One Uruguayan winery began marketing a new “Gracias Negrito” vintage.

It’s easy to see this as the latest case of Context Collapse—the inevitable misunderstanding that arises on social media when content produced for one audience reaches a separate audience primed to take offense. But it goes further than that. The Cavani case shows how the U.S.A.’s racial debates are being globalized via the export of a radical form of antiracist ideology that sees appeals to context or cross-cultural understanding as excuse-making for bigots.

Let’s be clear: Afro-descendants in Latin America face definite disadvantages. According to a 2018 World Bank report, Afro-descendants in the region are 2.5 times more likely to live in chronic poverty than whites or mestizos (people of mixed ancestry). They also have fewer years of schooling on average, higher unemployment rates and less representation in decision-making positions, both public and private.

However, the situation is more complex than the simplistic black/white paradigm that pervades American debates over race. For example, the indigenous population of Latin America is around 50 million people, who belong to almost 500 different ethnic groups. Material poverty affects 43 per cent of indigenous households in the region, and extreme poverty is 2.7 times greater than in the rest of the population. Above all, racial identification and dynamics in Latin America are far more fluid than in the United States or Britain.

What’s hardest for my Anglo friends to grasp is that race in Latin America is context dependent: People with the same skin tone and physical appearance may choose to identify differently depending on where they are, what they’re doing, who they’re with. Race isn’t fixed for us—which is one reason that racialized terms in Spanish don’t carry anything like the sting they do in English.

I should know. My last name is Sosa because the grandmother of my paternal grandfather adopted the surname of her “owners.” Her parents had been kidnapped in what is now Angola and ended up working at a ranch in Choroni, Venezuela. Growing up in Caracas, my race would switch back and forth seamlessly, depending on whom I was hanging out with. Back in high school, when I did a Spice Girls choreography with a group of girlfriends, I was Mel B, “Scary Spice”—my hair is curly and my nose is wide, and my friends were all lighter-skinned than I, so in that context I was Black. Later, when I volunteered in a community with darker-skinned kids, they all called me “catira” (“blondie”) because of my lighter-than-Caribbean-average skin color. Ask me what my race is, and the only honest answer I can give is … it depends.

In our region, where race-mixing (mestizaje or mestiçagem) was often the norm starting in the 19th century, we have a far more complex color system than just black or white: Brazilians, for example, use more than 130 terms to describe shades of skin color. Trying to make sense of these categories using Anglo-American racial categories is hopeless—that’s just not how we think about these things.

Paula Salerno—a linguist who founded Discursopolis, the online Spanish-language text analysis tool—told me that banning a given word regardless of the context in which it is used assumes that words exist in isolation from how we use them. To a linguist, that is nonsense.

In Spanish-language media, there was near universal astonishment at the sanction Cavani received. “Unfair” and “disproportionate” were the words that came up most often. Try as I might, I could not find one antiracism organization unequivocally and officially supporting the punishment.

However, some activists in the region did think the fine and the three-match ban were justified. Sandra Chagas, an Afro-Uruguayan antiracism activist, supported it—but only when I pressed her to take a stand. “It has racist connotations with reminiscences of slavery,” she told me by phone. His punishment “is like a ticket for parking your vehicle in the wrong place: It doesn’t matter that you did it with good intentions or without knowing that it was banned.”

But Alejandro Mamani, who speaks for Identidad Marrón (Brown Identity), an online collective for brown-skinned Latin Americans, rejected the sanction. He argued that we should distinguish between expressions like “negrito” that have positive connotations and expressions that use “negro” as a pejorative term, like “mercado negro” (“black market”) or “magia negra” (“black magic”).

The English Football Association has in recent years supported a zero-tolerance policy toward racism. Considering the lamentable history of aggressive racism against players and among fans, this initiative is long overdue. Racism and hooliganism plagued stadiums, most notoriously during the 1980s, with Black players tormented with abuse and expected to play even as thugs in the stands threw bananas at them. Belatedly, the authorities cracked down, and English soccer stadiums are very different places today. Even so, players are still subjected to racism, especially via social media. So the Football Association is eager to support antiracist initiatives, and what could be wrong about that?

Ask Cavani. Applied without regard for social, cultural and linguistic context, antiracism efforts risk becoming a caricature of themselves, driving a wedge between people of different cultures rather than bringing them together, as soccer does so impressively around the globe, engaging people of all origins and colors in team efforts. The English Football Association, with its over-the-top sanction of Cavani, managed instead to show only mindless adherence to a brand of maximalist Anglo-American antiracism ideology that does little to combat racism itself.

Rather than exporting its hair-trigger racial neuroses, the Anglosphere should consider whether there is something positive to import from Latin Americans in how we reckon with the vast complexity of identity rather than seeking binary opposition—and, in the best cases, how we acknowledge superficial differences with affection in a way that takes the sting out of racial terms.