Nekkaz is held in an isolated prison, 670 km from Algeirs 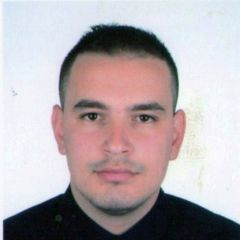 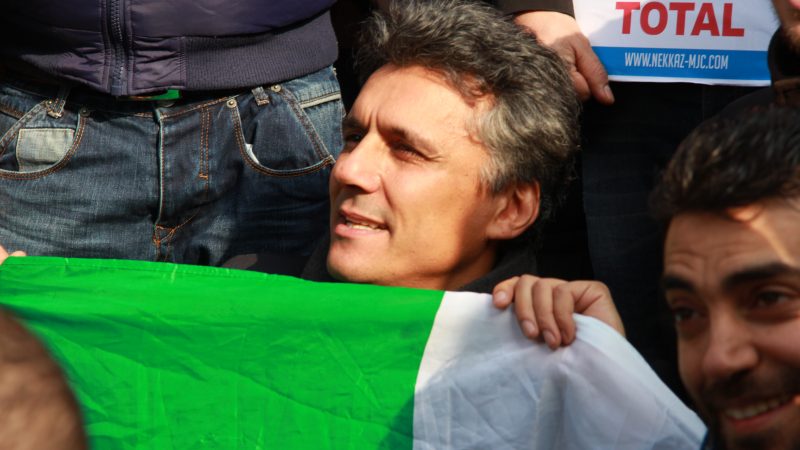 Image showing Rachid Nekkaz in one of the protests. Permission to use by Mouvement de Jeune et Changement (MJC), founded by Nekkaz.

The health of detained Algerian political activist Rachid Nekkaz has deteriorated to life-threatening status since his transfer last month to an isolated prison, over 750 kilometres from the capital—adding momentum to voices calling for his release.

Nekkaz, a 49-year-old businessman, is one of the prominent figures opposing the Algerian political regime. He was a key player in the February 2019 movement that overthrew the rule of former President Abdelaziz Bouteflika and which is approaching its second anniversary on February 22. Now there are calls to revive the movement's demands and return to mass demonstrations in light of the country's ailing social, political and economic conditions, and the slow pace of tangible change that was demanded by millions of Algerians two years ago.

Commenting on what is happening to Rachid Nekkaz and many other prisoners of conscience in Algeria, blogger and journalist Abdelmoundji Khelladi wrote:

Terrorists live like sultans, such as Madani Mezrag and his ilk, who were rewarded in sums for killing hundreds of thousands of innocent people, as well as Abdul Razzaq Al-Bara. But prison and slow killing, these were allocated for Rashid Nekaz, Khaled Dararni and Ibrahim Lamati.

Nekkaz was arrested on December 4, 2019 at Houari Boumediene Airport, Algiers, upon arriving from Spain. He was brought before the Casablanca Court, where the investigating judge ordered his temporary imprisonment on several charges, including inciting residents to carry weapons, harming National Assembly members, and preventing citizens from exercising the right to vote, as well as inciting people to demonstrate.

According to a statement published on January 28 on the political activist's official Facebook page and quoting Khelifi Yassin, a member of his defense committee, “Rachid Nekkaz is ill with a prostate disease and a liver disease and his transfer to another prison is a clear violation of the law.” The same page stated that Nekkaz was transferred from the penal institution in Al-Qulaiaa to Sidi Sheikh Prison in the state of Al-Bayadh on January 26, after the Capital Judiciary Council endorsed the April 4, 2020 decision to place the political activist in temporary imprisonment, and refused his release. A defense commission representing Nekkaz made a complaint on January 11, 2021, to the National Council for Human Rights about the arbitrary detention of its client, in which it said that Nekkaz had been in prison since December 2019 without trial, which is a violation of the political activist's rights.

A January 29 press release by the Movement for Youth and Change (MJC), headed by Nekkaz, said:

One thing is certain, Rachid Nekkaz does not receive medical supervision and treatment to cure him, and what is more surprising is that the closest hospital is 125 kilometers from the prison.

The statement also added: “We have the right to ask if this prison of El-Obeid, Sidi Sheikh, will not turn into the death of Rachid Nekkaz,” noting that Nekkaz’s illness was confirmed by seven doctors at the Al-Qulaia prison in Algeria and that his father, Hajj al-Arabi Nekkaz, had died of the same disease in 2011.

MJC's press release added that Nekkaz was in a critical condition, and despite that, he was transferred from Al-Qulaia prison to El Obeid Sidi Sheikh prison in the state of El Bayadh, which is 756 kilometers southwest of Algiers, at the entrance to the Algerian Sahara, and that was done in order to make contact between Rachid Nekkaz and his lawyer difficult.

In a message which he sent from his cell in Sidi Sheikh Prison and was posted on his Facebook page on January 31, Nekkaz described how he was handcuffed throughout the nine-hour trip to Sidi Sheikh Prison, in bitter cold because of the lack of heating. He was then immediately placed in isolated detention in a cramped room which he described as similar to the infamous Tazmamart prison in Morocco. Attacking the Algerian minister of justice, Belkacem Zeghmati, Nekkaz's message said:

The man called Belkacem Zeghmati had imprisoned 8 Islamic State terrorists in Al-Qulaia prison like Guantanamo detention centre. While I have not killed or robbed anyone in my life and that for several years I led a battle for peaceful change in Algeria and against corruption for a new Algeria, I find myself in a less favorable position than these terrorists.

Despite my very poor health which is deteriorating day by day due to the emergence of prostate cancer and a 19 mm cyst in the liver with the possibility of cancer. Despite everything, I am going ahead with my 29-day hunger strike to save and change Algeria, which will begin on Friday February 19, 2021, the anniversary of the outbreak of the Khenchela movement. I am not afraid of death: Free people with convictions do not fear death in order to save and change Algeria.

In a campaign of solidarity with the captive politician, some users of social media platforms launched a campaign #Save_Rasid_Nekkaz or #save_rachid_nekaz in late January to condemn his imprisonment and demand his release along with that of other political detainees, and calls have increased to organize stands in his support.

Rachid Nekaz left behind the comfort in which he was living in France and went to defend Algeria against the colonial mafia that had multiplied since Bouteflika came. Imprisoned for denouncing the regime, he is very ill and his health is deteriorating day by day.

In a video clip published on February 7, Nekkaz's wife Cecile Roux said she was obliged by Nekkaz's deteriorating health and upon his request, to end her years-long silence, and the distancing of herself and her son from the political sphere. She appealed to the Algerian government to activate articles of the law regulating prison and the reintegration of prisoners’ social welfare, which allows for the temporary release of a prisoner for health reasons.

Nekkaz is one of the strongest opponents of the shale gas project in the Algerian desert, and he has used his Facebook account as a platform to expose former officials involved in corruption cases. On the international level, Nekkaz showed solidarity with several issues, including the Muslim minority in Myanmar and the violence it is subjected to, and he was called “Niqab Defender” in Europe after he paid huge fines on behalf of Muslim women wearing the niqab in the continent.

Nekkaz, who held the French nationality, tried to run in the 2006 French presidential race but failed to collect the votes required for candidacy; he also ran in the presidential elections in Algeria against Bouteflika after renouncing his French citizenship.