Fans' group is dedicated to sharing information and helping passengers 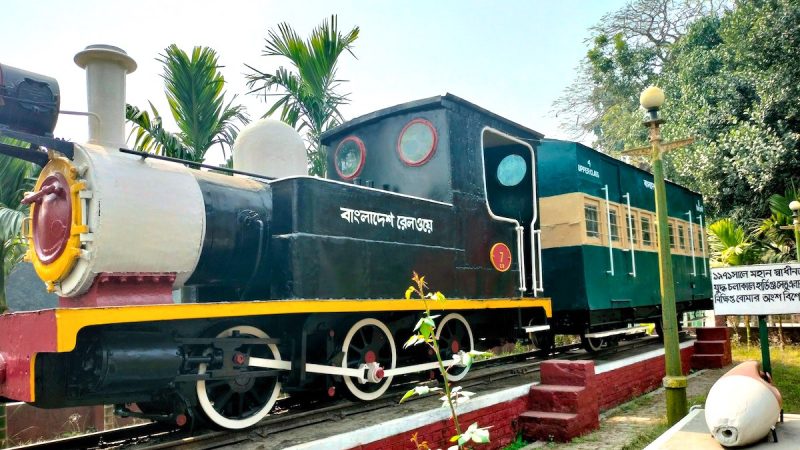 Part of history: The first narrow-gauge train was launched on February 14, 1896, on the Rupsha-Bagerhat route. Image by Rajib Hossain via Bangladesh Railway Fan Page. Used with Permission.

Rail transport is the most important means of mass travel in Bangladesh. Often referred to as the “transport of commoners,” it is a cost-saving, environment-friendly, comfortable and safe transport system for people and goods. However, despite increased investment in this sector, railway services are not up to mark and Bangladesh Railway has incurred huge losses in the past five years.

Some railway lovers are using a Facebook Group to share information, respond to queries, and give their suggestions to improve the service. 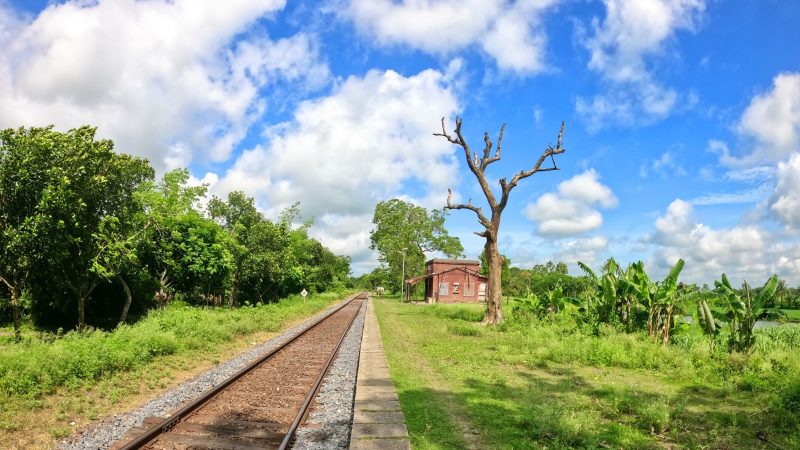 The state-owned Bangladesh Railway is the successor to the Eastern Bengal Railway Company, which was started in 1857, during the British colonial era. There are three types of railways in Bangladesh, namely Broad Gauge, Meter Gauge and Narrow Gauge. The total length of the railway tracks as per 2018 data is 2955.53 km and the transport agency employs over 25,000 people across the country.

The Government of Bangladesh has undertaken several initiatives to update the railways, including installing modern railway infrastructure, buying locomotives, digitizing information for customers and online ticketing. Apart from the losses, the priority is to address the problems that plague the railway: passengers travelling without tickets, fuel pilferage, lack of maintenance, occupying of railway lands, graft and mismanagement, all of which have affected the quality of service and caused delays.

The railway ‘fans’ stepped in to make a difference. Roknuzzaman Rokon, a former employee of the railway, founded the Bangladesh Railway Fan Group in 2008 and it is now managed by a number of admins. Global Voices spoke to Rokon via webchat and he said that initially, the focus of the group was for trainspotting and to share stories, pictures and history of rail travel. As membership grew, it became a hub for information about the railway and its history, service and public welfare. Currently, this private Facebook group has more than 150k active members. There is also a public page with over 56k likes where non-members can post and interact. 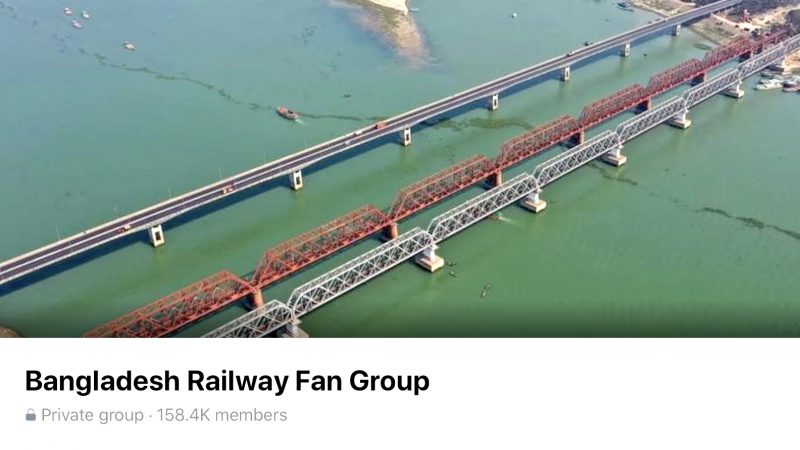 Screenshot from the Bangladesh Railway Fan group on Facebook.

Although the group is not affiliated with Bangladesh Railway, it has become a reliable source of information for passengers. There you can find information about delays in scheduled services, complaints about service disruptions and irregularities, tips, and images. There are also odd questions like, “Which train is stopping now?” or “How to find the correct rail car according to ticket information?”

The Bangladesh government has launched an app called Bangladesh Train Tracker which also has a Facebook page where some official information is shared. However, many users feel more comfortable asking questions in the Fan group. The admin of the group Shahabuddin Ahmed says that members are always keen to respond quickly and provide as much real-time information as possible.

The Bangladesh Railway website does not always have updated information. Here is an example of one important piece of information shared by Ahmed on the fan group:

Cancer patients can get special discounted fares while travelling on Bangladesh Railways. Not only this, with the help of this you can hire an attendant for the patient at special discounted rates. Please contact your nearest station master for details.

Some of the group's information has even helped prevent serious accidents as they highlight current issues. A notable example is addressing the incidents of stoning moving trains that have plagued Bangladesh Railway in the past decade. According to a recent report, there are 20 spots in different railway zones of the country where an average of over 150 such incidents occur each year, causing injuries to passengers and train staff—and have even led to deaths. Every year the railway must spend a lot of money to repair the damaged doors and windows of railway cars. 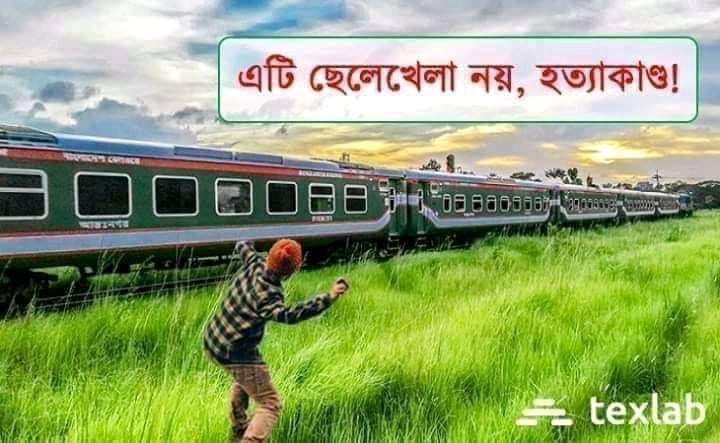 According to a Railway spokesman, it's hard to say why, but trains are stoned for various reasons, by teenager vandals or even disgruntled bus staff, as the revenue of bus services is falling because many people are choosing to travel on the more affordable trains.

Shahajada Farhan Odhi posted on February 13, 2021, about one such incident and included photos:

Stone-throwing from the roof of another train. The driver escaped marginally.
Two boys threw stones from the roof of Kishoreganj Express at 12:06 pm today.
Location Nimtali Railgate Tongi. [..]
The railway police can detain them from Kishoreganj station if they respond quickly. 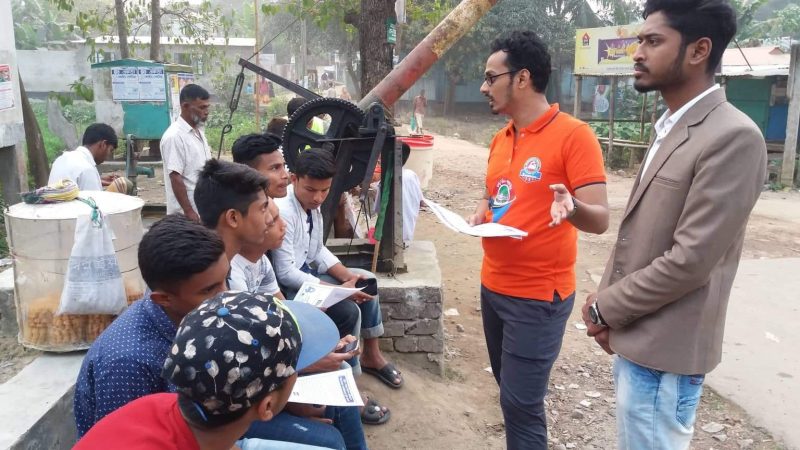 A campaign by members of the group to educate children and teenagers on the perils of throwing stones at moving trains. Image by Shovon Hossain via Bangladesh Railway Fan Group. Used with permission.

The Fan group is also leading a campaign against stone-pelting. Shovon Hossain, a member, posted about it and shared an album showing their activities.

Out of social responsibility, we went to Brahmanbaria district yesterday to campaign about the evils of stone-throwing at trains. From noon to evening we carried out the campaign divided into two separate teams.

This is the first time we talked to children, young boys and girls in a very friendly manner and explained the perils. They also promise us never to throw stones at moving trains and they will stop anyone, including their friends, from doing this evil deed.

Here are examples of photos found in the above-mentioned group: 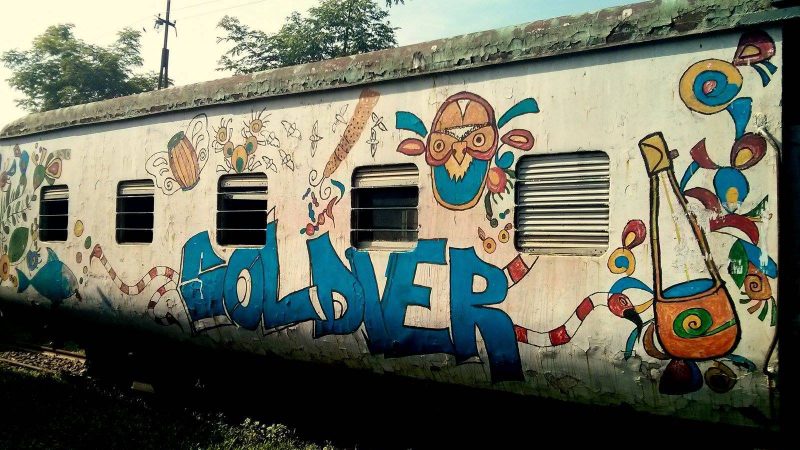 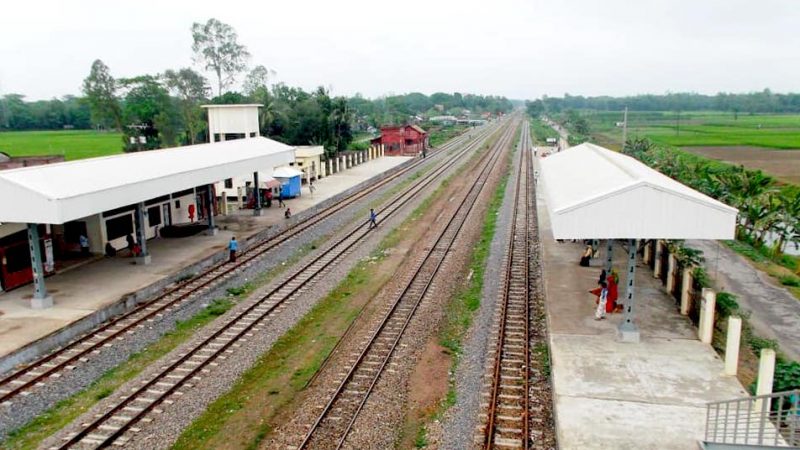 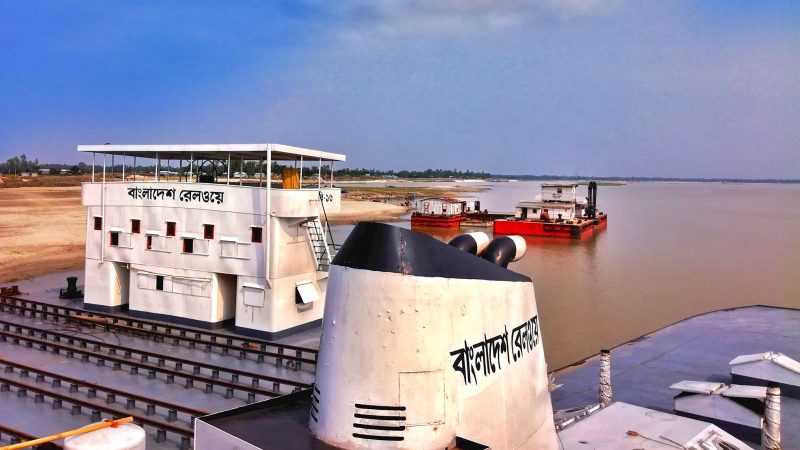 Bangladesh Railway has its own rail ferry fleet. As more and more railway bridges are being built in this riverine country, passengers do not need to use these ferries. Photo by Akibul Hasan Nizam via Bangladesh Railway Fan Group. Used with permission. 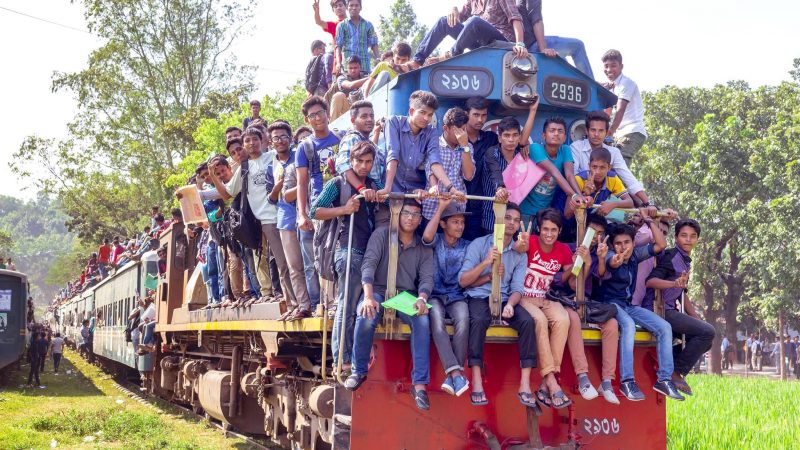 This shuttle train to Chittagong University has no place to sit, even on the roof. So the engine has been occupied. Image by Mainul Islam Shimul via Bangladesh Railway Fan Group. Used with permission.