The death of a former General convicted for murder divides Spain 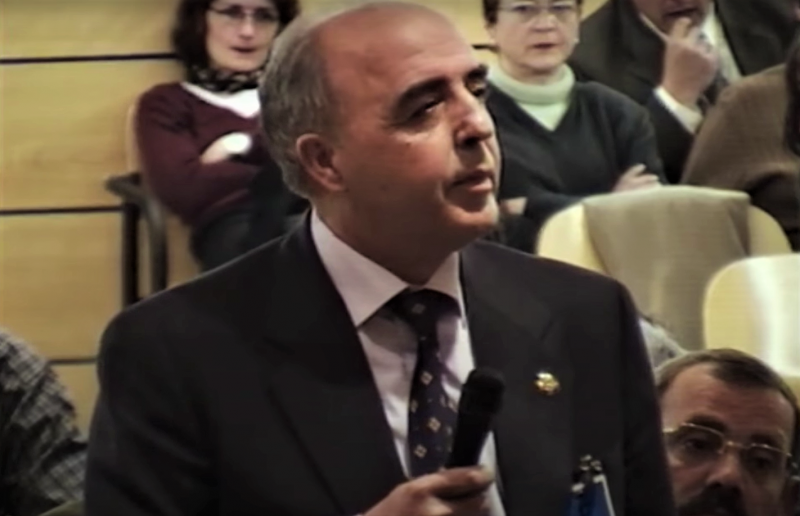 The former general of Spain's gendarmerie force, the Guardia Civil, Rodríguez Galindo headed the garrison of Intxaurrondo in the Basque city of Donostia-San Sebastián in the 1980s and 90s. At that time, police officers were frequently targeted by ETA, the Basque pro-independence armed group that extorted and threatened thousands of people, killing 850 over half a century until it was forced to put an end to its violence in 2011. Lack of popular support and effective police action were important factors for why ETA came to an end.

Rodríguez Galindo was in charge of anti-terrorism action in very difficult circumstances. Yet, he was also a kidnapper and a murderer himself.

This is what Spain's High Court concluded in 2000, and it was confirmed a year later by the Supreme Court. Rodríguez Galindo was sentenced to 75 years in prison for ordering the kidnapping and killing of José Antonio Lasa and José Ignacio Zabala. They were tortured and executed in 1983 by death squads known as GAL, the “Antiterrorist Liberation Groups.” They were buried with quicklime in the mistaken expectation that the chemistry would make the remains disappear for good. The bodies were found in 1985, and medical examiners could identify them only in 1995.

Out of 75 years, Rodríguez Galindo only spent five in prison. He was granted a partial release in 2005 and parole in 2013.

In 2021, Rodríguez Galindo’s death awoke Spain’s ghosts of the past.

Secretly funded by the Spanish Government, GAL was responsible for no fewer than 27 extrajudicial executions between 1983 and 1987 in what is known as the “dirty war”. Some victims were alleged ETA members, such as Lasa and Zabala, others simply bystanders in the wrong place at the wrong time. In 1998, Spain’s Home Secretary José Barrionuevo and his deputy Rafael Vera were imprisoned for their responsibility in GAL; Felipe González, Prime Minister at the time, was photographed hugging them goodbye at the jail’s gate. In an interview in 2010, González declared cryptically: “I had to decide whether to blow up the leaders of ETA. I said no. And I don’t know if I made a mistake.” Much has been speculated about González’s involvement in GAL, but so far nothing sufficiently definitive has been proven.

As pointed out by the scholar Omar Encarnación, GAL was “a continuation rather than a departure of the State's counter-terrorism strategies” after Franco’s dictatorship, which ended in 1975. GAL was the result of a less than perfect transition to democracy, where institutions were not cleaned up, resulting in the lack of democratic control over the police, the militarized Guardia Civil, and the military intelligence. GAL’s existence also emboldened ETA, giving them discursive ammunition to dispute the democratic character of Spain, and offering them the chance to present themselves as victims of state-sponsored repression.

Some of the reactions to Rodríguez Galindo’s death are proof that segments of Spanish society have a lot of work to do to face their demons.

In its obituary, the widely sold newspaper El País spoke of the General's “dazzling record of service,” tainted only by the “shadow” of “supposedly being part of the so-called dirty war.” One would think that the word “supposedly” would no longer be necessary considering Galindo's court sentence.

Macarena Olona, Member of Parliament of the far-right Vox, the third-largest party in Spain, wrote on Twitter: “May the earth rest lightly on you, my general.”

May the earth rest lightly on you, my General. Today, more than ever, Intxaurrondo is in our hearts. Rest in Peace.

On the same social platform, her fellow party member sitting in the European Parliament, Jorge Buxadé, wished that “perpetual light shine upon him.”

The death of General Rodríguez Galindo is another opportunity given to us by social media to block, denounce and identify the accounts of those who live and promote hatred of Spain and its laws.

May he rest in peace. And may the perpetual light shine upon him.

The sister of one of Rodríguez Galindo’s confirmed victims, Pili Zabala said on television on February 14 that she had tried to get in touch with Rodríguez Galindo to urge him to take responsibility for the pain he had caused her family. She wanted him to admit what he did had been wrong, but she never heard back from him. Now, Zabala is seeking full accountability: Galindo “was an army man, he was obeying orders, and it is clear to me that he received orders from his superiors, who were politicians.” Zabala is hoping that former Prime Minister Felipe González will eventually sit in the dock.

In 2000, Provincial Governor in Donostia-San Sebastián, Juan María Jauregi, had given evidence in court about Rodríguez Galindo’s involvement in the killing of Lasa and Zabala. Twenty years later, in light of a Twitterstorm of eulogies for the general hours after the announcement of his death, Jauregi’s daughter, Maria Jauregi, shared:

These words by my father come to mind, which I will never forget: “I don’t know who will kill me, ETA or Galindo himself”

It was ETA in the end, and it happened in 2000. His widow, Maixabel Lasa, and their daughter, Maria, became two of the most powerful voices against hatred and for justice and reparations for all victims of human rights abuses in the Basque Country.

Today, it is worth recalling these words by Pablo de Greiff, the former UN Special Rapporteur on Truth, Justice and Reparations, after his mission to Spain in 2014:

“The strength of democratic institutions must be measured not by their ability to ignore certain issues, especially those that refer to fundamental rights, but rather by their ability to manage them effectively, however complex and awkward they may be”.