Farewell to Japanese sculptor who became a local hero in Prilep, North Macedonia

Beloved sculptor was 'the Japanese man who spoke the Prilep dialect' 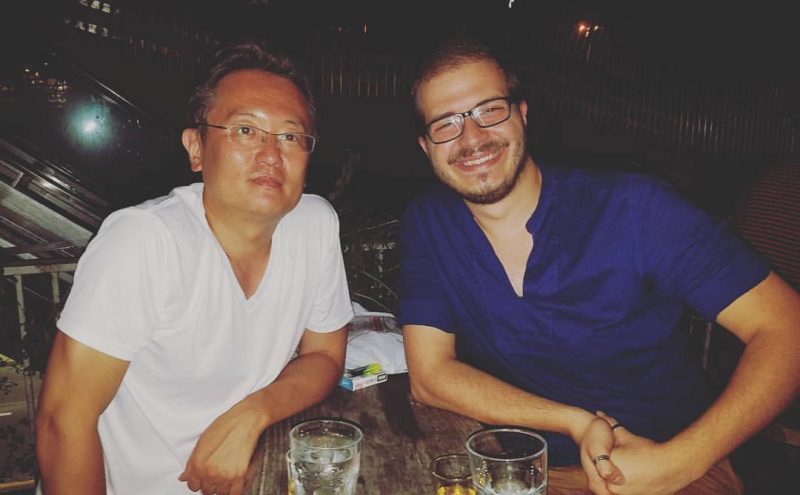 In Memoriam Ryota Koshika – Koshka (1967-2021)
Some words about the Japanese who spoke the Prilep dialect — beloved sculptor of Balkan history:

I remember that I was already in my teens, at the time living with my family in Prilep. It all happened late in the evening on a Tuesday, during the fall of 2000, the beginning of new millennium for humanity.

The receptionist at the Hotel Lipa (Linden), which was situated near our street in the Bonchejca quarter, called my father, Dime, to tell him that a Japanese artist had come to their hotel. At first they thought he was Chinese, but then they saw his passport. Since he said he was an artist, they assumed he was looking for us.

In fact, the employees of Lipa Hotel (which has since closed) thought that everything related to foreigners and art in Prilep needed to be communicated with our family, because my parents had been organizing the oldest annual Art Colony in Southeastern Europe, founded in 1957. At the time, that Japanese man didn't know we would be instrumental in helping him achieve his goal, the one that led him to our town beneath the hill of Markovi Kuli (Marko's Towers).

So that evening, my father came home, bringing with him the Japanese artist. He spoke English, but in spite of that, we could not grasp his name or surname during the visit. We could only understand that we could call him Koshka. That stuck. On his first day in Prilep he had already received a nickname, like most of the local townsfolk.

Prilep is the fourth-largest city in North Macedonia, with a population of about 66,000 people. Its rich history spans from being the seat of medieval kingdom of King Marko, to the site of a Second World War uprising against fascism in 1941, earning it the moniker of “hero city.”

The Prilep dialect is one of the central dialects that form the core of the standard modern Macedonian language, while retaining some distinctive features. Local cultural traditions include storytelling and theatre, comedy and pranking, as well as folk customs like bestowing nicknames to individuals and families.

The most famous export products of the local economy are tobacco and the trademark white marble from nearby quarries, called Sivec, which has been used for sculpture and architecture since antiquity.

And almost all the citizens of Prilep met Koshka during the next four years that he spent in the city. At first he lived in a hotel, then with my family, and afterwards he rented a house. He learned to speak Macedonian, but exclusively in the Prilep dialect.

He became known as “the Japanese man who spoke the Prilep dialect.”

“My man Koshka never refused an invitation for a visit. He would drink some rakija, he would take a bite of the meze, and he adopted the local ways entirely, like his adopted fellow citizens,” as any citizen of Prilep would recall today.

The citizens of Prilep accepted him as one of their own, too. They helped him realize his 5-ton sculpture “Vita Nuova” (New Life) which he created on the premises of the Mermeren Kombinat (Marble Works Company) using only hand tools, without any machinery. 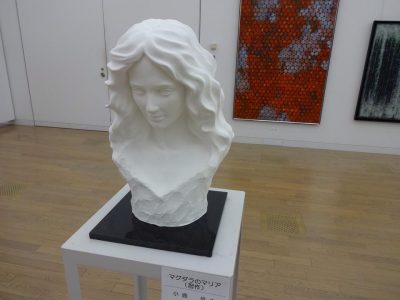 He came from Tokyo via Italy and Greece to Prilep because he heard that there he would find the whitest marble in the world. He used the marble to create a monumental sculpture of Olympia, the mother of Alexander the Great, which he intended to donate to the city of Athens to be displayed during the Olympic Games of 2004.

That year he left Macedonia and only returned in 2017. He had a million of stories to tell about this land, which he considered his own. I would not have the time to write and retell all of them. But each of them was about the friends Koshka made in the country and the region, and they can tell the same stories too. He made friends in Prilep, Ohrid, Resen, Ljubanishta, St. Naum, Bitola Skopje, Strumica, Belgrade, Novi Sad…

I shall tell only one of these stories, which is connected to January 25, to the day I write this, to show how strange is this universe of ours.

During the years he spent in Macedonia, Koshka became enamored with Macedonian music. Folk songs were his favorite, but he also liked the songs of Toše Proeski (also written as “Toshe” Proeski).

I remember that it was very funny for me to hear him sing to himself the lyrics “I ledena – i medena se pravish svojaaa!” (“Both icy and sweet, you act as if you don't need anybody …”), from the song “Ledena.”

The following video shows Proeski singing that song during a concert:

At some occasion Koshka approached Toše, who at the time was already one of the most popular performers in the Balkans, and asked for his autograph. The singer asked him what he was doing in Macedonia and recalled the stories about the Japanese man who spoke the Prilep dialect.

After Toše realized who he was, Toše told Koshka: “I should be the one to ask for your autograph, not vice versa!” So they then exchanged their autographs.

Koshka left Macedonia in 2004. Toše passed away [in a car crash at the age of 26] in October of 2007. Koshka was in Tokyo at the time and after he heard of the death he made a marble relief of Toše's profile in his honor, which he finished by the next December. Later he sent the relief by plane and asked my mother and father to give it to the Proeski family for the Toše museum in Krushevo. If you've visited the place you must have seen it.

Koshka passed away on January 25, 2021 in Tokyo, at the age of 53, after a short illness. He died on Toše Proeski's birthday. I am sure that somewhere up there, while Toše sings, Koshka is sculpting some other famous figures from history of humanity.

Ryota “Koshka” Koshika was born in Sapporo, Japan in 1967. He started his career as a sculptor 30 years later, in 1997. He had received a PhD from The University of Tokyo University. 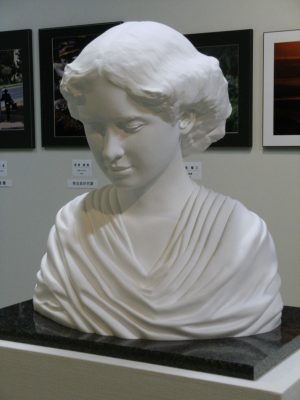 He was fascinated by Balkans history and the lives of famous contemporaries, who are no longer among us. Therefore, he has sculpted busts or reliefs or other kinds of sculptures of the Brazilian Formula 1 legend Ayrton Senna (seven such works in bronze are spread around the world), Toše Proeski, American activist and writer Hellen Keller, Mother Theresa, both in their youth, as well as a sculpture of Mary, the Madonna, and others.

His works were exhibited in Japan, Macedonia, Greece, Italy and Serbia.

During his short lifetime, and even shorter career, Ryota Koshika became one of the most prominent classic sculptors working in marble from Japan, and had received numerous awards, including Paul Ambille Prize and Governor of Tokyo Prize.

On his road to success, Koshka didn't forget those who helped him along the way. All those people he mentioned by name or surname thanking them via a special page on his website koshika.net, which features his works.