Patriotic lessons will begin at age 6 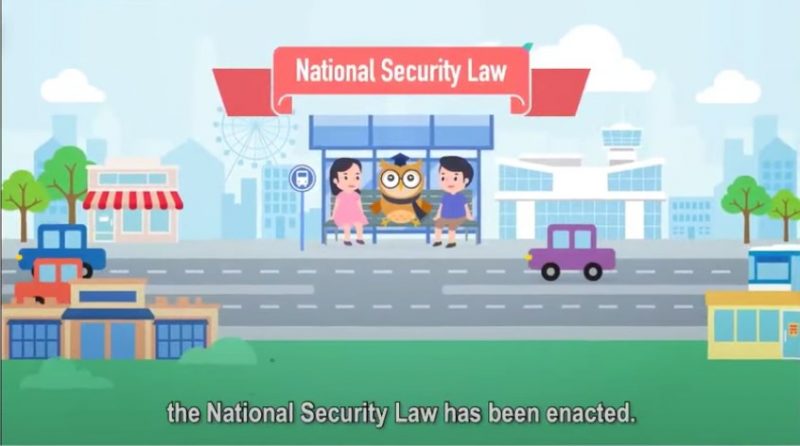 Children as young as 6 years old will receive education on national security legislation in Hong Kong, according to guidelines circulated by the city's Education Bureau in local schools on February 5.

The guidelines, which instructs administrators and lecturers on the implementation of national security education, require teachers of all levels to teach the criminal offences outlined in Hong Kong's national security law — namely, secession, subversion, terrorist acts, and collusion with foreign forces.

Article 10 of the national security law, enacted in July 2020 in response to the year-long anti-extradition protests, binds the Hong Kong government to promote national security education in schools, universities, and via civic groups and media outlets.

The guidelines circulated on February 5 also list topics teachers must include in the school curriculum. For example, the nine-dash line will be taught in geography, China's policies in preventing infectious diseases in biology, and the correct manner of singing the Chinese national anthem in music classes. The instructions also prohibit teachers from taking an argumentative approach when lecturing on topics related to national security.

Administrators have also been instructed to ban books, reading materials, and political displays that constitute an endangerment to national security from circulating on the school's premises. They have also been told to report to the police if they suspect members of staff or students violated the national security law. As examples of unlawful acts, the guidelines cite “forming human chains” and “chanting of slogans” such as “Revolution of our times.”

The rules apply to Hong Kong's private and international schools as well, although those won't have to hand in regular progress reports to the Education Bureau like the public schools.

The Education Bureau also released a video tailor-made for primary school kids about the new guidelines:

Many netizens labelled the new curriculum “brainwashing” on social media:

Why don’t you publish a dictionary on censored words?

In the future, if students wear yellow raincoats or umbrellas to school, can they be penalized? Or kicked out of school?

Last year, the Education Bureau removed liberal studies from university entrance exams and censored topics such as “separation of powers” on textbooks. Many teachers argued at that time that liberal studies encouraged students to develop critical thinking.

And user @dc4_hk fears independent thinking will be repressed:

China is trying to totally dominate the education of children. We can’t even think differently.https://t.co/xChMcDh4Af