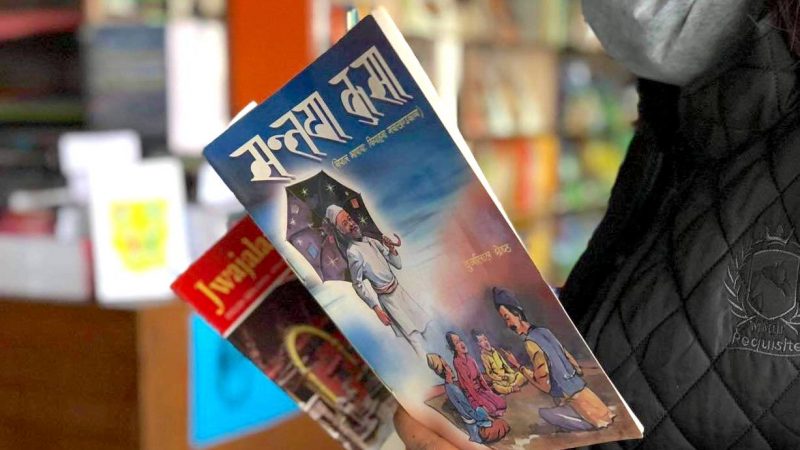 Image by Monika Deupala. Via Nepali Times. Used with permission.

This article by Alisha Sijapati [2] was originally published in Nepali Times [1] and an edited version is republished on Global Voices as part of a content-sharing agreement.

At last count, in 2019, Nepal had 129 spoken languages [3], but even as new ones are identified, others are becoming extinct.

At least 24 of the languages and dialects in Nepal have become “endangered,” and the next three ones on the verge of disappearing are Dura [4], Kusunda [5], and Tillung [6], each of which has only one speaker left.

“It will not surprise me if these three languages will be the next to go. With no one left to speak, we will not be able to save them,” says Lok Bahadur Lopchan of the Language Commission of Nepal [7], which is entrusted with preserving Nepal’s linguistic diversity.

If a language is spoken by fewer than 1,000 people, it is categorised as “endangered.” Lopchan predicts that over 37 more languages spoken in Nepal are in that category and likely to disappear within the next 10 years.

According to the Language Commission of Nepal‘s 2019 annual report [8], the languages most commonly spoken in the country are Nepali, Maithili, Bhojpuri, Tharu, Tamang, Nepal Bhasa, Bajjika, Magar, Doteli and Urdu, in that order.

But just as there are languages disappearing, new ones that had never been recognised are being found in far-flung parts of the country, including Rana Tharu which is spoken in the western Tarai, Narphu in a remote valley in Manang, Tsum in the Tsum Valley of Upper Gorkha, Nubri Larke in the Manaslu region, Poike and Syarke. 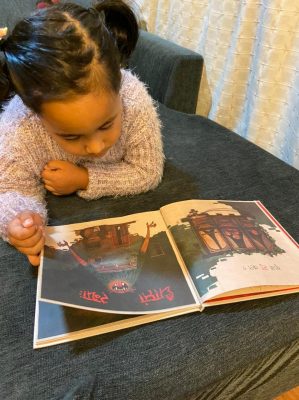 “It is fortunate that these languages have been identified, but it is unfortunate they are spoken by very few people, and could very soon die out,” says Lopchan, who adds that every two weeks, an indigenous language goes extinct somewhere in the world.

Even those that are among the top 10 most spoken in Nepal are losing their first-language status. Parents insist on proficiency in Nepali or English in school to ensure good job prospects for their children. And ever since King Mahendra [9]’s reign, the state has pushed Nepali as the lingua franca to the detriment of other national languages.

Supral Raj Joshi, 29, is a voice actor and grew up speaking Nepal Bhasa (Newar language [10]) at home. But from primary school onwards, it was Nepali and English only in class, and he soon forgot his mother tongue. Speaking Nepali with his family, it suddenly struck him how much of his culture he had lost with the language.

“The loss of Nepal’s languages is the result of deliberate state policy; our linguistic heritage was swept away to promote a national character,” says Joshi.

King Mahendra instituted measures to create a unified Nepali identity through dress, language, and even dismantled democracy and instituted the partyless Panchayat [11] system that he said: “suited the Nepali soil.”

Experts say that the decision to enforce the idea of nationalism through one language restricted indigenous communities from speaking their ancestral tongue. 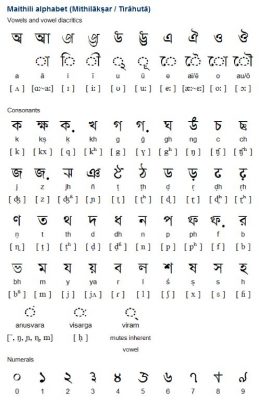 “The dominant class made its language the national language, and in doing so, other languages suffered collateral damage,” says Rajendra Dahal, Editor of Shikshak magazine [12]. “The end of a language is not just a loss for a community, but for the country and the world.”

At the Language Commission of Nepal, there is a sense of urgency to save the three languages that each have only one speaker left. It has partnered with 45-year-old Kamala Kusunda, the only living person in the world who speaks Kusunda. She now runs a small private school in Dang to teach the language to over 20 students.

“If I die, then my mother language dies with me too. I had to revive this language for its value to our people, and the hope of keeping our ancestral language alive,” Kamal Kusunda told Nepali Times over the phone.

Read More: Hope for dying Nepali language wanes as one of the last fluent speakers passes away at 85 [13]

Muktinath Ghimire in Lamjung has a similar task. As the only remaining speaker of Dura [4], he is preparing to start a school to teach the language to others in the community. “We can’t let this language die,” he says.

Other languages like Tsum [14], more recently identified as distinct dialects, were already endangered by the time they were identified as being unique.

“Older people in Tsum Valley exclusively speak Tsum, but the younger generation is losing the language,” says Wangchuk Rapten Lama, a fluent Tsum speaker himself who is working to expand its use by introducing the language to children through cultural activities.

Canada-based linguistic anthropologist Mark Turin worked with the Thangmi in Dolakha District and Sindhupalchok District to document their endangered language.

“To speak of linguists saving languages is just as ludicrous as suggesting that Apps and digital technologies save the language,” he says. “Neither is true, and field linguistics is still dominated by quite colonial and extractivist models of knowledge production.”

He says speakers of indigenous languages like the Thangmi deserve recognition as they work tirelessly to reclaim, rejuvenate and revive their ancestral languages, often in the face of considerable opposition.

After Nepal went into the federal mode, it was expected that schools across the country would teach regional languages. Article 31 of the Constitution [15] says: ‘Every Nepali community living in Nepal shall have the right to acquire education in their mother tongue up to the secondary level, and the right to open and run schools and educational institutions as provided for by law.’

The Curriculum Development Centre [16] along with rural municipalities introduced a “local curriculum” bearing 100 points. While some schools offer mother tongues as an option, a majority choose the “local curriculum.”

In October 2020, Kathmandu Mayor Bidya Sundar Shakya made it mandatory for schools to teach Nepal Bhasa from Grade 1-8. But there was a mixed reaction from parents, with many feeling it would burden the students and their Nepali and English would suffer.

Languages stop evolving once people stop conversing in them. Ancestral languages are also needed to root people in their heritage and give a distinct identity. This is becoming more and more difficult all over the world with globalisation and the internet.

“My little children only speak English,” says Saraswati Lama who is married to a Rai, and works for a non-profit in Kathmandu. “My daughter learned it from YouTube and she taught it to her younger brother.” Neither Lama, nor her husband speak their own mother tongues and use Nepali to speak with one another.

But these days, it is in the Nepali diaspora that the country’s linguistic heritage seems to be valued more. Sujan Shrestha was born in Kathmandu but moved to the US while he was in high school. Now a professor at the University of Maryland, Baltimore, he says his wife and children only speak English and Nepal Bhasa [10], and no Nepali.

“Nepal Bhasa gives the kids an identity, and connects them to the extended family, especially their grandparents. It is about teaching our kids cultural sensitivity and open-mindedness towards other cultures and people.”