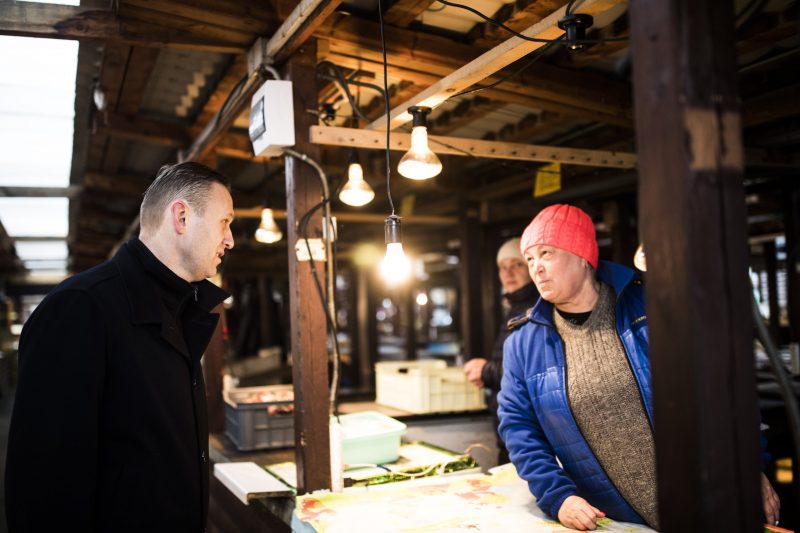 Alexey Navalny on the campaign trail in Irkutsk in 2017 in Central Russia. Credit: Evgeny Feldman for navalny.feldman.photo [2], used under CC-BY-NC [3] license.

While Alexey Navalny [4] has emerged as a rallying figure for a large part of the liberal Russian public and a symbol of opposition to president Vladimir Putin, his image among Central Asians – many of whom live in Russia as migrant workers – is much more nuanced. Indeed, some perceive him as a nationalist who has made discriminatory statements he has neither apologized for nor retracted.

Navalny was thrust into the spotlight as a whistleblower in 2010 [5]. Through his blog [6], the clever use of social media, and the launch of his anti-corruption foundation [7] in 2011, he rose to prominence in Russian politics. His latest investigative documentary [8] about Putin’s Palace [9]on the coast of the Black Sea, which was released on January 19, attracted an audience of more than 100 million on YouTube.

He has paid a heavy price for his outspoken criticism: both Navalny and his brother have been arrested and imprisoned a number of times. On August 20, 2020 he was poisoned, [10] but survived, having undergone treatment and recovery in a German hospital. According to the investigative group Bellingcat, the attempt on his life can be traced back [11] to Russian secret services.

Despite his brush with death and knowing he would face prison charges upon arrival, Navalny returned to Russia on January 17. He was promptly detained and has since become an icon of political resistance and democracy, inspiring thousands of Russians to take to the streets on January 23 [12]in numbers not seen since the 1990s.

On February 2, he was given a close to three-year prison sentence [13] for alleged parole violations.

While Navalny’s actions show personal courage, he has also made public statements about his view on migrants [14] from Central Asia and the Caucasus – as well as on the status of Crimea [15] – that do not square with the broader discourse about human rights and democracy he uses to critique state corruption in the two decades of Putin’s undisputed rule.

Global Voices spoke to Sergey Abashin, a professor at the European University at Saint Petersburg [16], and a leading expert on Central Asia and Central Asian migrants in Russia, to unpack Navalny’s stand on this issue:

Ten years ago, Navalny took part in the annual ‘Russian Marches [17]‘ that were openly xenophobic. During the Moscow mayoral elections of 2013, one of Navalny’s main talking points in his public appearances was the topic of migration, something he proposed to fight, using in his rhetoric a flurry of xenophobic attacks against people from Central Asia and the Caucasus, accusing them of being criminals, posing a terrorist threat and being alien to Russian culture.

Interviewed by Global Voices, Rashid [name changed for security reasons], an Uzbek migrant who has lived in Moscow for over ten years, said:

He [Navalny] was one of those people in Russia who took this previously marginalized, non-mainstream negative attitude towards migrants, towards the Caucasus region, and brought it to the liberal discourse.

Downplaying an inconvenient past

Since 2016, Navalny and his team have tried to deemphasize his past statements, and have avoided talking about the sensitive issue of migration from Central Asia and the Caucasus to Russia, perhaps realizing this could potentially harm his public image.

Still, there have been some embarrassing incidents. During the 2008 Russian-Georgian war, which saw Russia’s annexation [18] of parts of Georgia, Navalny expressed his support for Moscow’s actions and even used derogatory terms against Georgians in his blog posts.  [19]

In April 2017, on the eve of the presidential elections for which he was running, Navalny appeared as a guest on an online talk show run by Yury Dud, one of the top vlogging influencers in Russia, and denied being a nationalist.

READ MORE on the importance and influence of vloggers in Russia: A groundbreaking documentary about Russia’s HIV epidemic goes viral [21]

Yet, when the host asked why he wanted to impose a visa system for Kazakh citizens while requesting that Germany allow for a visa waiver for Russian citizens, Navalny responded, “I see that people from Central Asian countries come to Russia, and I don’t see anything valuable in this.”

Economic and demographic indicators, though, tell a different story. Russia has been steadily losing its population, and migration into Russia [22] prevents those numbers from being overly negative. Before the COVID-19 pandemic, there were several million migrant workers in Russia, coming mostly from Central Asia. In November 2020, the official figure stood at 1.8 million [23]. There are no exact figures, however, as many migrants come from countries that allow visa-free travel to Russia and often do not work legally.

The role of Central Asian migrants is vital for everything from heavy industry to construction and other services to the point where, in January 2021, the Russian government restated the acute need for migrant workers from Uzbekistan and Tajikistan [24].

If the importance of migrant workers is such a well-known fact, why has Navalny stated a number of times in the past that migrants are a problem, if not a threat? Professor Abashin explained:

Navalny is a populist and a pragmatic politician. Ideology is not a key principle for him, he is a lot more attuned to the mood of his potential Russian audience. Should Russian society express a strong demand for an anti-migration discourse, and if this topic moves to the fore of the public agenda to dominate the issues of [the war with] Ukraine, the [role of the] West, or COVID-19, I believe he is capable of returning to an anti-immigration rhetoric with elements of xenophobia.

It is unlikely that [Navalny] does not understand the importance of migrants for Russia’s economy. But he needs the support of regular Russians, people he can convince that the current government is to blame for everything that is wrong, the same government that has offered all the jobs to migrants, which is why everything is wrong in Russia today.

Editor’s note: This is the first of a two-part analysis on the perception of Russian opposition politician Alexey Navalny from a Central Asian perspective. Read Part 2 here [25].