The Spanish language is full of little-known Africanisms 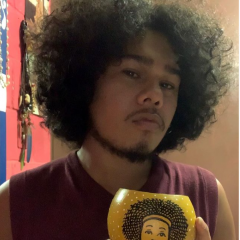 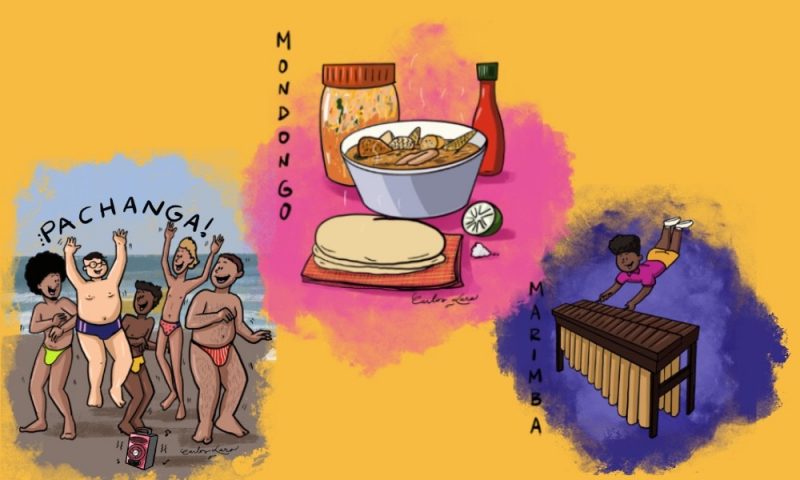 Visual by Carlos Lara, created by the author and published with his permission.

The following story is by Afro-Salvadoran artist and activist Carlos Lara, who shares some of his artwork with Global Voices. All illustrations are by Carlos Lara and are published here with his permission.

According to the latest census (2007), only 7,400 Salvadorans recognize their African roots, although it is claimed that this number does not reflect reality. Many people hid their true origin because of the fascist and racist policies of General Maximiliano Hernández Martínez during the 1930s, through a migration law “influenced by a mindset, a discourse, and practices that are based on scientific racism, which hierarchizes groups, constructs races, and places the white race as superior and the indigenous and black races as inferior.” Since then, many Afro-Salvadorans have concealed their ethnic roots.

The People's Day of the Salvadoran Afro-descendants was commemorated on August 29, 2020, with the intent of telling the invisible story of the Afro-descendant community in El Salvador. Following the idea of a friend, the artist Jesús Cerén, members of the organization AFROOS organized an activity called “Arte Afrogosto,” to which we invited artists and illustrators to represent 31 words (one for each day of August) of African origin used specifically in El Salvador. The idea was to highlight how deep African influence is in our language and culture, despite the fact that it has been largely negated in the past.

Artist friends! You have participated at some point in the ‘inktober,’ which as you know, is a exercise to draw every day according to a word found in the official list.

Here are some of the words I illustrated for this event, and I briefly explain their etymology and uses in the region:

Chingar: This is a very common word in Mexican Castellano. It means to “mess with,” “to annoy,” “to nag,” “not to leave someone alone.” According to the RAE Dictionary, it derives from the Roma (“gypsy”) word “cingarár,” which means “to fight.” However, others have traced its origin to the Bantu languages of the enslaved Africans brought by the Portuguese and Spanish.

In Brazil, Xingar (pronounced “chingar”) means “to offend,” “to insult,” and comes from Kimbundu and Kikongo Singa languages from the Central African region. 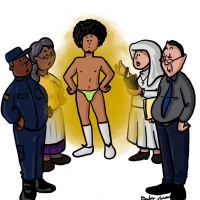 Cumbia: It is a popular dance, mainly from Colombia and Panama, which combines white, African and indigenous traditions. According to some theories, it comes from cumbé, a dance from Equatorial Guinea. According to other researchers, it is either an abbreviation of cumbancha, from the Mandinka of West Africa, or a derivation from the words kumba, kumbé and kumbí, the “k” becoming a “c” when integrating the Spanish language, with the meaning of “drums” or “dances.”

Cumbia is one of the most important identity features of Salvadorans. 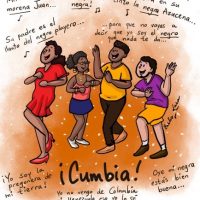 Gallina Guinea: Literally a hen from Guinea, which is “small, with a bony crest, a bare head, bluish-black plumage with white spots, a short and pointed tail.”

There are three countries in Africa with the name of Guinea, located in the region of the same name: Guinea, Guinea-Bissau and Equatorial Guinea. The last is a Portuguese-speaking country. 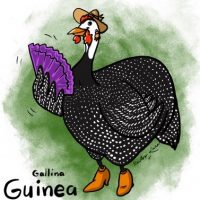 Guineo: Fruit of the banana tree. The guineo, also known as banana, originates from Southeast Asia; it subsequently flourished in Africa and later in the Americas. However, the name guineo is believed to come from West Africa, formerly known as “Guinea,” which in the Berber language means “land of the Blacks.”

India is now the world's largest banana producer, and there is a country in Southeast Asia with the name Guinea: Papua New Guinea. 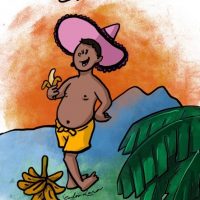 Jelengue: In Puerto Rico, it means “annoyance,” “bother,” “nuisance,” “mishap.” In El Salvador, it is synonymous with chonguenga (a social gathering), pachanga (a dance party), molote (a get-together), jolgorio (festivities), movimiento (movement), desvergue (a blowout) or fiesta (a party). 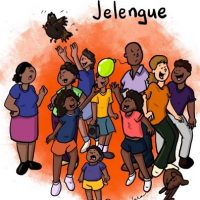 Marimba: When we hear about the marimba, we sometimes imagine Guatemala and associate it with the indigenous world. However, the marimba has African origins. It is a percussion instrument similar to the xylophone, and the name comes from the Kimbundu or Bantu languages, since it was the African slaves who brought it to America. It is also known in those languages as Kalimba or Malimba. 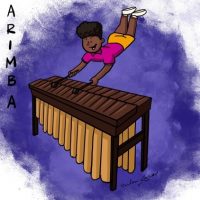 Mondongo: This is a kind of stew or casserole prepared with the belly (mondongo) of a cow or a pig, and other meat, vegetables, legumes and spices are added. It is traditional in many Spanish-speaking countries and considered a national dish of Venezuela. The word mondongo comes from the word mondejo, which in turn, seems to derive from bandujo, whose origin is uncertain.

The word was introduced by the Bantu-speaking African slaves, who were given to eat the parts of beef that their masters discarded. 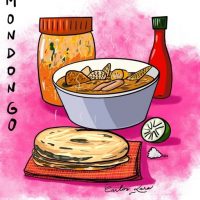 In El Salvador, it refers to a popular or family celebration, usually with dancing.

Pachanga is probably derived from a party “para Changó” (literally, “for Changó”). Changó is one of the major deities of the religion of the Fon and Yoruba people of Benin and Nigeria, respectively. “Para Changó” evolved to “pa'Changó” and finally became pachanga. It can also be used as a verb and an adjective: pachanguear (v.) and pachanguera/o, describing someone who “likes to pachanguear” or “goes to pachangas”. 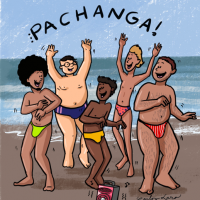 Ruco: In both Colombia and Mexico, ruco means ‘old’.

In El Salvador, I have heard it with two meanings, linked to each other: One of them is “old” and the other is “toothless” (synonym of sholco). In any case, the word “toothless” refers to someone of advanced age who has lost their teeth, queda ruco. 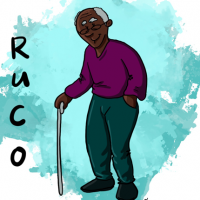 Zombi: An entity that, in one way or another, has come back to life. It has its origin in the “Vodou” religion of parts of West Africa. According to the belief, a dead person can be resurrected by a houngan or a bokor performing a ritual; once brought back to life, the person would be subject to the will of the one who resurrected him or her.

Several possible roots for the term zombie have been put forward, most of them African. Research also exists on the Haitian origin of zombies, historically linked to slavery and oppression in Haiti. 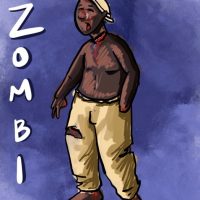 Carlos Lara is a member of the NGO Afrodescendientes Organizados Salvadoreños (AFROOS), “an organization that works for the recognition, resistance and struggle of the Afro-Salvadoran population.” You can follow him on Facebook, Instagram and Twitter, or on his YouTube channel, to find out about his work and discover more Africanisms in the Salvadoran language.