Will Kyrgyzstan remain the freest society in Central Asia? 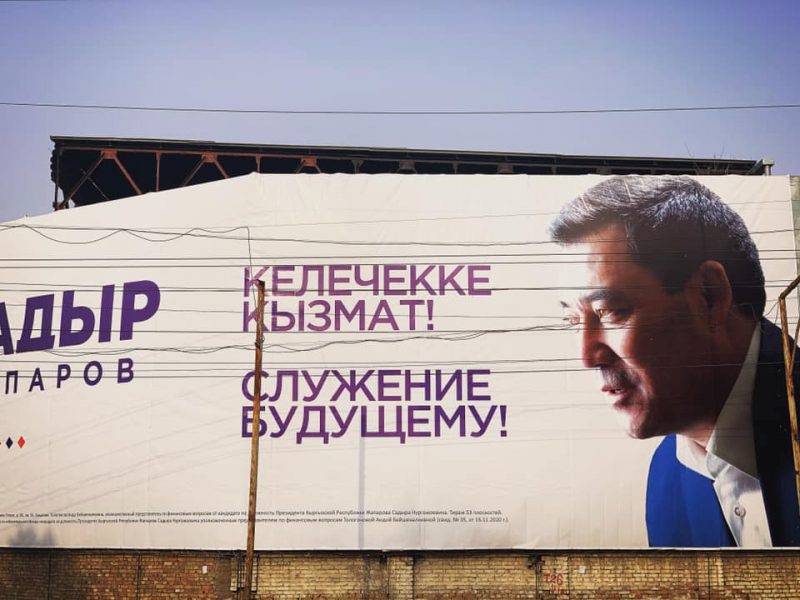 In January 2021, the citizens of Kyrgyzstan voted through a referendum to change its political system, opting for a presidential form of governance that stands to boost the power of its newly elected president, Sadyr Japarov.

While some argue this move could bring stability to the deeply divided society, others point out that it could also mark the beginning of a shift away from the openness that earned the country its reputation as the freest society in Central Asia

2020 was a particularly eventful year for Kyrgyzstan: in the midst of the global COVID-19 pandemic, the country experienced unrest that resulted in its third revolution and the fall of the Soorinbai Jeenbekov government in October 2020. A new interim government, led by Sadyr Japarov, was rapidly installed, before a regular presidential election on January 10, 2021 confirmed Japarov as president-elect.

From a presidential to a hybrid model

Since 1993—the year Kyrgyzstan adopted its first constitution as a sovereign country following its departure from the Soviet Union in 1991—Kyrgyzstan's Basic Law has been changed through nine referenda. Each time, the debate has centered on the balance of power between the president, who is elected directly, and the Jogorku Kenesh, the Kyrgyz parliament.

In almost all versions of the constitution up to the 2010 edition, the president has held more power than the parliament, controlling the courts, the prosecutor's office, the security agencies, the army, and the heads of state administrations, as well as having the final say in matters of foreign and domestic policy.

The powers of the Jogorku Kenesh have always included the adoption of laws, as well as approving the president’s appointment of judges, the Prosecutor General, and the chairman of the National Bank. In the entire history of Kyrgyzstan, there has never been a case of the parliament not approving appointments made by the president. The main reason for this is that political forces backed by the president have always managed to impose their decisions within the parliament.

In 2010, following the second revolution and ethnic clashes in the south of the country that led to the departure of the strongman president Kurmanbek Bakiyev, a constitutional reform sought to rebalance power between the president and the parliament, in the hope of avoiding more of the violence that marked the country that year.

Under the post-2010 system, the parliament approves and controls decisions made by the government: the president appoints judges, the Prosecutor General, and the head of the National Bank only with the approval of the parliament. Meanwhile, the president still controls appointments to the security agencies, the anti-corruption service, the army, and the heads of state administrations.

One of the first things then-interim Prime Minister Sadyr Japarov did in October 2020 was to propose yet another constitutional reform. The changes he proposed included reducing the number of deputies from 120 to 90, switching from a proportional to a majority system, and strengthening the role of the president. Those amendments were enshrined on November 17, 2020, when the Jogorku Kenesh submitted a new draft of the constitution that significantly expanded presidential powers:  the president would be able to single-handedly appoint the government, judges, and the Prosecutor General, and would adopt acts that have the force of law. In contrast, the reduced parliament would have only a legislative function. Finally, a new 750-member body called the Kurultai, or Assembly of the People, would be established as an “instrument of dialogue between the people and the government.” The Kurultai, whose exact role remains to be defined, would meet once a year and is a project largely driven by Saparov himself.

The very process by which the parliament hastily submitted the new draft of the constitution has been called into question by a number of experts as well as lawyers and civil society actors, who point out that the parliament does not have the right to propose and suggest public amendments to the constitution in its prorogation period.

Regardless, voters were called to cast their ballot on January 10, 2021 in a referendum regarding the form of governance.

Impact on the future of Kyrgyzstan

Now that the referendum has taken place, to be followed by another in the spring to lay out the details of the new presididential system, coupled with new parliamentary elections, what could the consequences be for Kyrgyzstan, a political anomaly in a region where countries—such as Kazakhstan, Uzbekistan, Tajikistan, Turkmenistan, China, Iran and Russia—have traditionally had strong, increasingly authoritarian, presidential systems.

While some make the claim that a strong president is best for such a young democracy and can bring stability, Kyrgyzstan’s recent history suggests the opposite. Erica Marat, a professor at the National Defense University in Washington, notes in a series of posts on Twitter that:

This [call for a presidential model] is the beginning of another yo-yo moment of top-down authoritarianism, suppression of free speech and nationalist, as well as consolidation from the bottom — now by urban activists and regional politicians. It won't end well, there will be more protests, both peaceful and violent. The past decade showed that however imperfect, the parliamentary system allowed all major politicians/business interests settle competing interests on the parliament floor, not streets….Like Trump, he [Japarov] is supported by economically disadvantaged [people] and corrupt elites. When his economic policies inevitably fail (the man doesn't even know branches of government), he'll have to resort to a toxic mix of nationalism and suppression. He may lose some of his base and anger his opponents. There may be violent flair ups, unfortunately.

The pressure is definitely now on Japarov to deliver quickly and effectively before the next referendum and parliamentary elections, as the country deals with the consequences of the pandemic and the return from Russia of many labor migrants whose remittances have kept many families afloat. According to Emil Juraev, a professor of political science at the Organization for Security and Cooperation in Europe (OSCE) Academy in Bishkek, what will happen in 2021 was largely predetermined by the events of the end of 2020:

The year 2021 begins with early presidential elections, followed by local elections, a referendum on the adoption of a new Constitution, and new parliamentary elections in an as – yet-undefined sequence and time frame. This series of votes will take place against the backdrop of an extremely worrying economic situation, and the little-predicted situation with COVID-19. A number of opposite behaviors will be demanded from the citizens of Kyrgyzstan – activity in the political field, patience and restraint in the economic field, and caution in the epidemiological field. Whether all these processes will go smoothly and lead to the necessary and creative results by the end of the year is a big question that will hang over the whole of 2021.

Now that Japarov is in place, the coming months before the spring voting season are seen as a real test: how will Japarov and his team present the details of the new presidential system? Will they be able to convince more than 30 percent of the electorate to vote, unlike last time? And what will be the mindset of the 70 percent who did not vote last time?