Judgement given by Bombay High Court cited as 'dangerous' 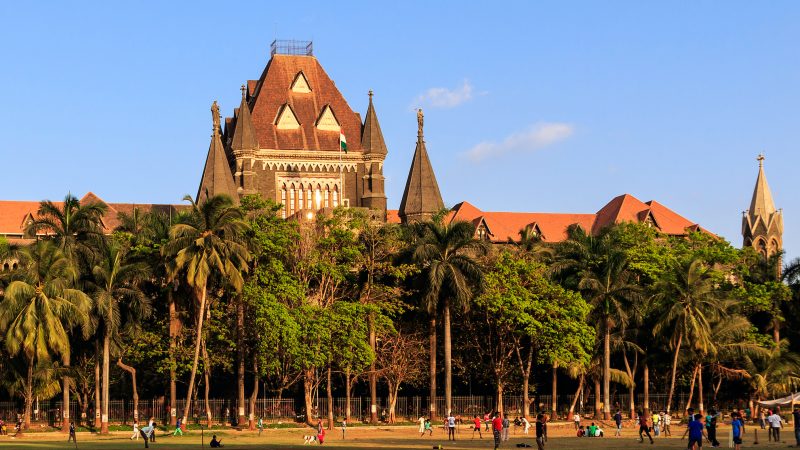 A judgement by the Bombay High Court of India on January 27, 2021, ruling that groping a minor, without skin-to-skin contact, could not be considered sexual assault was stayed by a Supreme Court judge who cited the judgement as disturbing.

Justice Pushpa Ganediwala of the Nagpur Bench of Bombay High Court in Mumbai modified a ruling given by the Sessions Court, in which the accused, a 39-year-old man, was found guilty of sexual assault and sentenced on January 19, 2021 to three years under the Section 8 of the Protection Of Children Against Sexual Offences (POCSO) Act, 2012. Section 8 of POCSO stipulates that, “Whoever, commits sexual assault, shall be punished with imprisonment of either punishment for the description for a term which shall not be less than three years but which may extend to five years, and shall also be liable to a fine.”

According to court records, the man was accused of taking the 12-year-old girl to his house in December 2016, when he allegedly gripped her breasts and tried to remove her clothes, for which he was sentenced by the Sessions Court. On appeal at the Bombay High Court, Justice Ganediwala found the accused not guilty because there was no skin-to-skin contact as the man did not remove the victim's clothes.

The Free Press Journal quoted the judge as saying, “The act of pressing the breast of a child aged 12 years, in the absence of any specific detail as to whether the top was removed or whether he inserted his hand inside her top and pressed her breast, would not fall under the definition of ‘sexual assault.'” The court then ruled that the man was guilty only under Section 354 of the Indian Penal Code (IPC) which regards the offence as intent to “outrage” a woman's modesty, but not the more serious crime of sexual assault; he was then sentenced to one year in prison.

Many citizens and activists said the January 19 verdict showed a lack of concern about the plight of minors who experience all types of sexual abuse, including groping, in public places and in their own homes.

Who hasn't faced this in India?

I faced this so often in India. Book fairs, weddings, markets. The fact that I was accompanied by a parent didn't matter to the pervs. https://t.co/U0O93V6bwv

While some women, who experienced this type of assault as children were angry and disappointed at Justice Ganediwala's ruling, others considered the likelihood that such judgements would give offenders a free hand to continue.

I didn’t get groped in middle school at 13 years old just for someone to say that groping with clothes on isn’t sexual assault. India, do better.

So a judge in India ruled out sexual assault because groping “over” clothes can’t be considered sexual assault?????
DO YOU HAVE ANY IDEA HOW MANY WOMEN WILL NOW BE SUBJECTED TO SOMETHING THAT IS CLEARLY SEXUAL ASSAULT?????

Shobha De, a well-known writer and columnist also took umbrage with the verdict, with her words giving rise to responses from well-known psychologists, journalists and activists.

He who gropes, goes free. Breasts can be freely squeezed with zero consequences. So long as the groper does not penetrate! Ladies … prepare for a groping epidemic! Remember, only skin-to-skin counts.
Thanks, Justice Pushpa Ganediwala

Following the request, a bench comprising three judges of the Indian Supreme Court, headed by the Chief Justice of India Sharad Arvind Bobde, stayed the order on the basis of the nature of the verdict. The Attorney General considered the original ruling a dangerous precedent, where perpetrators of sexual assault might use it as a defence strategy after targeting minors.

The POSCO Act, 2012, was established to protect minors from sexual predators. The mood of the public showed that many felt Section 8 would be rendered toothless if skin-to-skin contact had to be established:

This Bombay High Court judgement will give many perverts a chance to fight in the court to be charged with a less serious offence of molestation (Section 354 of IPC) instead of sexual assault (Section 8 of POCSO). I understand the argument given. But can't understand the need. https://t.co/LIYlfc9ePR

The rise in sexual assaults on minors in the country gave the public more cause of concern. Data released by National Crime Records Bureau (NCRB) in 2018 showed that 109 children face sexual abuse every day in the country—22 per cent more than in 2017. However, this jump could also indicate that more such cases are being reported, which may be considered a positive shift.

While staying the judgement by the Supreme Court is a welcome move, sexual exploitation of minors remains a sensitive subject and the role of the judiciary in setting an example by meting out justice will remain crucial to protecting the vulnerable.