In Trinidad & Tobago, where women are under siege, sometimes even words feel futile

'I want to tell you I have answers, but I don’t' 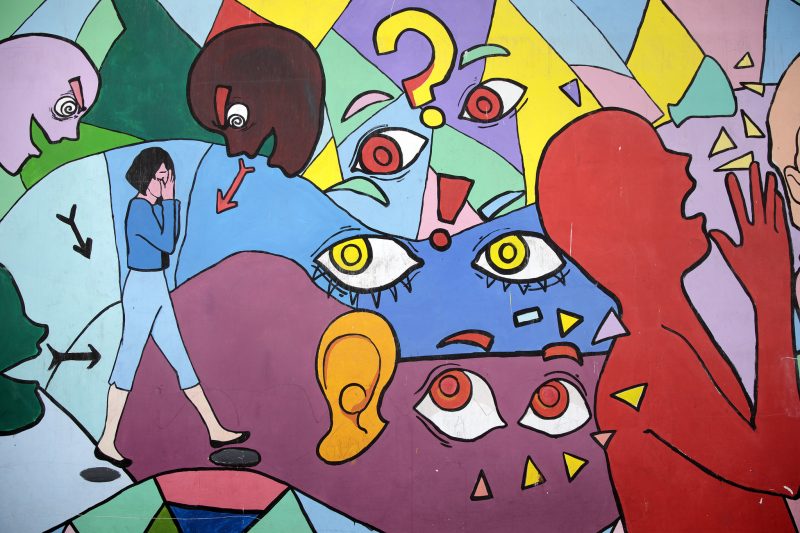 A mural from Guatemala's Safe Cities Programme, for which UN Women commissioned the images as part of the annual 16 Days of Activism Against Gender-Based Violence in 2017. Photo by UN Women/Ryan Brown on Flickr, CC BY-NC-ND 2.0.

Editor's note: Trinidad and Tobago has been experiencing an upsurge in femicides and gender-based violence for several years, some of which appears to be linked to an increase in human trafficking. On November 29, 2020, teenager Ashanti Riley was abducted by the driver of a Private Hire (PH) car; she was later found dead. Two months later, to the day, 23-year-old Andrea Bharatt was kidnapped, last seen in a taxi she had hailed to take her home after work on January 29. Since then, social media users have been sharing their anger, frustration and prayers asking, begging, for her safe return.

Trinidadian poet Shivanee Ramlochan, who wrote about both these young women and the wider issue of gender violence in a Facebook post, offers deep insight into how unsafe women are feeling. Her piece is republished in full, below.

I write poems. There is a space where the poem feels futile. That space is the several days of Andrea Bharatt’s abduction. The language of the kidnapping is its own severe metre:

“They searched the forest for the woman.
She was not found.”

Sometimes, the cruelty of the world renders the instrument of a poem mute. I wanted to write a poem for Ashanti Riley, and I could not. The kind of poem I want to write about Andrea Bharatt is a poem of return, not a poem of dreadful sorrow.

“A young woman gets into a taxi.
The taxi bears false ‘H’ plates.”

When life is hard and men are brutal, you can build a poem out of nothing but the facts. The poem writes itself around the ransom calls, the threats of severed ears, the ticking clock.

“My daughter has a rare skin condition.
I am begging, I’m begging.”

I don’t want to write anything but a series of messages to my family and my friends saying that Andrea Bharatt has been found. If I could write whatever I wanted, I would be able to say that Ashanti Riley has been unkilled, brought back to life to visit her grandmother without fear.

Instead of that, I am holding my breath. Instead of that, I refresh my Google Search throughout the day. Every time I type in ‘Andrea Bharatt’, Google suggests I add ‘found’ to my inquiry, suggesting that around our twin islands, people are typing ‘Andrea Bharatt found’ with frequency, with urgency, with desperate hope. I wish our collective hope was not desperate, but it is. It feels desperate. I don’t think I can write a poem or an essay or anything that can help against that. Then I am reminded that one of the earliest functions of poetry is prayer.

My prayer is simple.

What I want is a world where we are unkillable. I want an island where we wake up and board taxis with the certainty that we will not be abducted, that our cell phones, bank cards and toiletries will not be found in the homes of our abductors. I would like to live here and not be afraid. I want that for you, too. For you to stop getting up at three am and looking out your apartment windows into the streets where cctv can only tell people how you were hurt, not help you during the hurting. I want you not to clutch your keys like talons. I want all of this, our hundreds of disappeared countrypeople, not to make you bitter and vengeful.

I want to tell you I have answers, but I don’t. Only poems, and sometimes, lately, not even those.

May you sleep well, and deeply, where you lay your head tonight.

May the taximan whose car you enter tomorrow morning be known to you, be safe as your every breath.

Update: On February 4, police confirmed that the female body found down a precipice in the Heights of Aripo, is that of 23-year-old, Andrea Bharatt.