The military cited election fraud in declaring a state of emergency 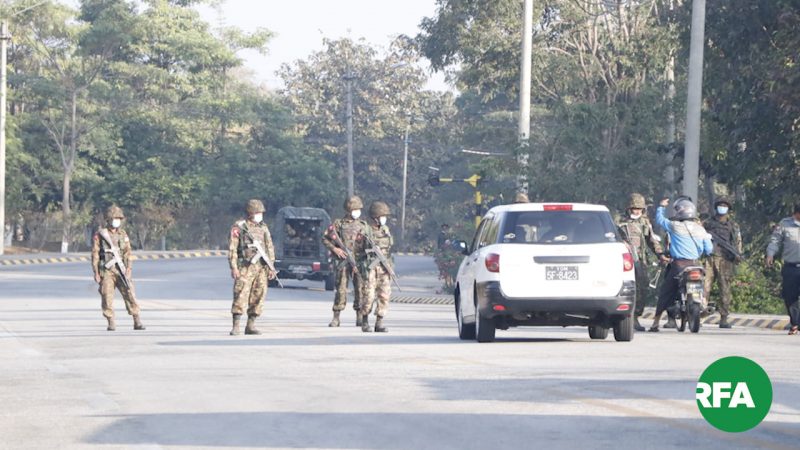 Myanmar’s newly elected parliament members were supposed to convene a session on February 1 to select the country’s president and vice president. Instead, the military seized power, imposed a year-long state of emergency, and detained key leaders of the National League for Democracy (NLD).

The NLD won 396 parliamentary seats in the November 2020 general election, while the military-backed Union Solidarity and Development Party (USDP) took only 33 seats. The NLD also defeated the USDP in the 2015 election.

Since the election, the military has been contesting the results, citing alleged massive irregularities in voter lists. Election officials, in turn, have disputed the military's claim.

According to news reports, the military has vowed to hold a new round of elections once it has implemented electoral reforms.

For many in Myanmar, the coup triggered memories of the decades-long junta era which ended after political reforms led to the partial restoration of civilian rule in 2010. Despite the USDP's election loss in 2015, the military retained influence in parliament and other branches of government, as guaranteed under the 2008 Constitution drafted by the army.

Reports about military activity in the capital were being shared on social media in the early morning of February 1, until phone service and TV channels were suddenly cut off.

My TV right now. Both international channels and of course state channels have been closed. BBC not working either. pic.twitter.com/OiENSmorHt

Physician Møe Thìt posted the following on Facebook early on the morning of the coup:

We, Myanmar citizens need the world to know what's happening in Myanmar right now before our wifis are cut off.

They already cut off TVs broadcasting lines, phone services in order to prevent us reaching to the world.

It was only after communication lines were restored at noon that the rest of the public learned of the arrest of NLD leaders. Among those arrested were Myanmar State Counselor Daw Aung San Suu Kyi and President U Win Myint

Army and police troops were deployed in public areas:

Myanmar soldiers on guard in Naypyidaw after the army overthrew Aung San Suu Kyi in a military coup. pic.twitter.com/dcdlEWRXCd

Myanmar soldiers deployed at City Hall in Yangon after a military coup and the arrest of Aung San Suu Kyi pic.twitter.com/GqZfHNdpt2

Long queues formed at markets and banks in major cities. Banks were forced to suspend operations because of the disruption in the communication networks.

In addition to NLD leaders, activists and other critics of the military were reportedly also detained:

Filmmaker Min Htin Ko Ko Gyi was taken by army at 3.30am at his home in Yangon. So they are going beyond political figures. They are rounding all major critical figures up. (He had previously been recently imprisoned for criticism of army) pic.twitter.com/u1IuRkRv29

Global Voices reached out to some foreign workers in Myanmar, who shared the following observations of the situation:

Today at around 6am electricity was cut off. Telephone and internet are not accessible. Myanmar people did not expect this will happen. Military said last Saturday they will not stage a coup. People are worried. But since communication lines are off, they do not know of development yet.

Another expat shared their story:

People are disheartened by the news and mostly sharing information about each other’s whereabouts and safety measures. We have all seen this coming but it’s surreal when it actually happens.

Communication networks are back since around 12 pm in my area. I’m used to disrupted signal so it was not a complete shock, though such a long blackout is unusual.

Some foreign residents expect to be evacuated soon, but some, like Yangon-based Global Voices community member Annie Zaman, highlighted the fact that evacuation is not always a simple matter:

Now we are discussing: “How to evacuate our pets?” We can’t leave our kittens behind ???#ExpatsWithPets #CoupInBurma pic.twitter.com/5duAPT7jKx

There were no reports of violence in the streets, but a journalist was reportedly attacked by a supporter of Buddhist nationalists with close ties to the army.

Thinzar Shunlei Yi summed up the sentiment of many activists:

I condemn the coup and on going rataliations using armed power. Our generations have suffered through hardship all our lives since 1962 military coup and its so dissapointing to see history repeats now.

However, Democracy we witnessed over these past 10 years was FAKE. And we were largely in illusions dreaming of federal democratic nation under military-drafted 2008 constitition. So I am saying all these fake democractic shows and dramas drafted by Military is now revealing its own true color.

Justice for Myanmar, a human rights group whose website was censored in 2020 for publishing reports exposing the anomalous business transactions of the military, identified Senior General Min Aung Hlaing as the main beneficiary of the coup:

Justice For Myanmar notes he is due to retire in June 2021, which threatened his political power and the business interests of he and his family. Senior General Min Aung Hlaing has exploited his position as Commander-in-Chief for his personal gain, and today’s coup extends that power and privilege.

As one scholar put it, the last thing Myanmar needs today is another coup:

While everyone's thinking about Myanmar politics please also think about Myanmar's poor. Over 2020 lives of tens of millions have been descending into disaster w/ poverty rates soaring from 16 – 60%. Myanmar urgently needs vaccines and an equitable economic recovery (not a coup).