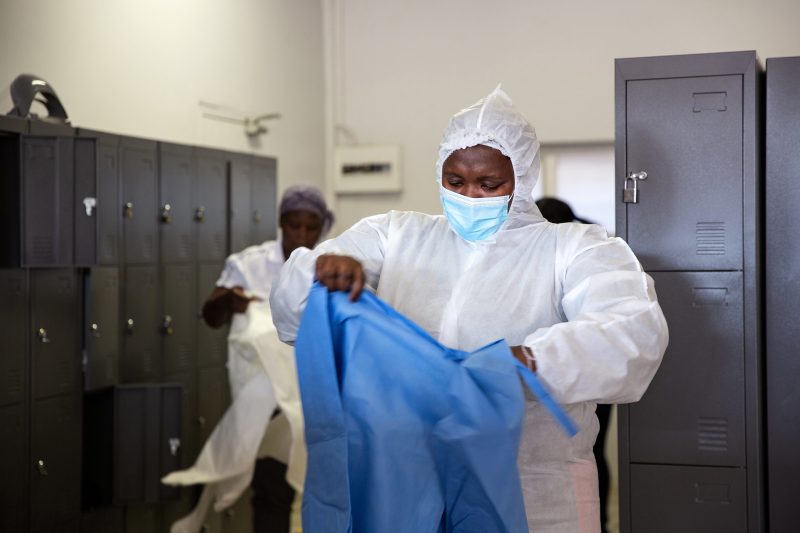 Editor’s note: This is a two-part analysis on the politics behind Africa’s procurement of the COVID-19 vaccines. The continent was forced to look towards China, rather than the West. Read Part I here [3].

China has deep historical roots when it comes to medical aid in Africa.

For example, at the peak of the Ebola outbreak in Guinea, Sierra Leone and Liberia [4] in February 2014, China sent medical supplies, health aid and workers to those troubled African countries. This assistance from Beijing drew the appreciation of then-President of Liberia, Ellen Johnson Sirleaf, who reportedly said [5], “China has always stood with Liberia as a true friend.”

When the Ebola virus broke out, US closed embassies, evacuated diplomats and their citizens from the affected areas.China sent anti-epidemic materials as soon as possible, and sent more than 1,000 medical personnel to the areas with the worst epidemic.https://t.co/AroWhWSNW0 [6]

History seems to be repeating itself — this time, with some African countries looking toward China for the vaccine to curb the ravaging coronavirus pandemic.

China has offered COVID-19 vaccines to Nigeria and other African countries “first [and] free of charge [8].” Also, in December 2020, Beijing offered to build [9] a coronavirus vaccine logistic hub in Addis Ababa, Ethiopia, while manufacturing centers for vaccine production in Egypt and Morocco.

If China can pull this off — providing a cold-chain logistics supply in tropical sub-Saharan Africa, where climatic hot temperatures and high humidity reigns supreme — it will give them a competitive edge in this market.

Besides the commercial merit for Beijing, this intervention will positively impact the health sector on the continent, by providing the logistics for a cold-chain medical supply for the future.

China seemed to be on the forefront of helping African countries [10] in fighting the coronavirus scourge, long before the African Union announced plans to procure the coronavirus vaccine for the continent [11] from Pfizer, a Western pharmaceutical company.

But Beijing’s move is being viewed with suspicion and skepticism by many.

John Campbell, a senior fellow for Africa policy studies at the Council on Foreign Relations, described Beijing’s COVID-19 [12] “vaccine diplomacy” as a “continuation of China’s efforts to frame itself as the solution to — rather than the cause of — the pandemic.”

The United States Department of State recently blamed [13] the Chinese Communist Party’s (CCP) “deadly obsession with secrecy and control” as the root cause of the pandemic. The US government alleged that the CCP failed to disclose that Wuhan laboratory researchers, experimenting with a virus genetically similar to the coronavirus, had displayed COVID-19 like symptoms as far back as autumn 2019.

China has rejected this accusation, saying that the United States is trying to shift the blame [14] for its poor handling of the outbreak at home.

The World Health Organization recently sent a delegation sent to investigate the origins of the virus in Wuhan, after several months of tense negotiations. They were initially denied entry  [15]but later allowed to enter  [16]a week later. The WHO group of 10 scientists will interview staff of the Wuhan research institutes and hospitals linked to the initial outbreak.

These three protagonists, the scholars assert [18], are united in their mission to “divert attention away from the origin of the virus within China,” and lay the “groundwork for commercial deals.” But most importantly, ramping up the CCP’s narrative “that Beijing is assisting its partners during a global crisis that it successfully responded to, while countries in the West face rising death tools and case numbers,” maintains [18] Bone and  Cinotto.

The CCP’s narrative about handling the coronavirus better than the West is debatable. While Wuhan, in Hubei province, celebrated its virus-free status one year after its first case was detected, Chinese authorities recently ordered a lockdown [19] in Anxin, near the capital Beijing, after a surge in COVID-19 cases.

China itself has  purchased 100 million doses [20] of the Pfizer-BiTech vaccine, to be used with locally sourced vaccines, to boost immunization for its large  population.

Meanwhile, W. Gyude Moore, former Liberian minister of public works, told CNN that [21] “the promises concerning [the Chinese] vaccines in Africa have been really vague. There has been no timetable, only promises…I am not aware of any African country that’s taking delivery of Chinese vaccines.” 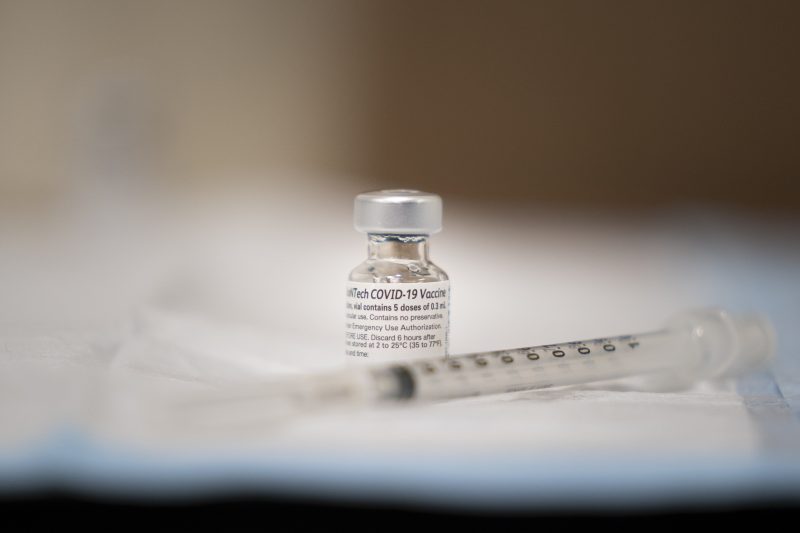 Western governments and analysts may have a point in holding China accountable for its opaque operations that exacerbated the global coronavirus crisis, followed by their use of soft-power diplomacy when it comes to vaccine distribution in Africa.

However, the West should be equally held accountable for creating the tough market conditions that precipitated African engagement with China, lacking viable alternatives for equitable vaccine access in the West.

The implication  of vaccine nationalism is evident in the case of South Africa, where the government is  paying 2.5 times more [24] than their European counterparts for the same amount of doses of Oxford-AstraZeneca’s vaccine, simply because South Africa did not invest in research efforts that went into its development.

This confirms that vaccine nationalism — in which the West cares more about  bottom lines  than fair and equitable access — is not just propaganda. More or less, developed countries are punishing less-developed ones for lacking the economic means to invest in COVID-19-related research and development.

Marco Hafner, an economist, along with four RAND Europe researchers, defined vaccine nationalism [25] as “a situation in which countries push to get first access to a supply of vaccines” by “potentially hoarding key components for vaccine production.”

The high global demand for a coronavirus vaccine has pitched most African countries behind in the vaccine race. High-income countries have adopted [26] vaccine nationalism by snatching up “doses at the expense of those with less means,” according to Patrick Ho, senior counsel at the New York-based International AIDS Vaccine Initiative (IAVI), a global health nonprofit.

The investigation by Hafner and others revealed that COVID-19 vaccine nationalism will result in an inequitable allocation, which will eventually [25] “cost the global economy up to $1.2 trillion [USD] a year in GDP [gross domestic product].”

In April 2020, WHO, along with the European Commission and France, launched COVAX (COVID-19 Vaccines Global Access Facility), to ensure fair and equitable access [27] to a coronavirus vaccine across the globe.

The Geneva-based public–private global health partnership GAVI (the Vaccine Alliance), on behalf of the COVAX facility, is responsible for the provision of [28] “manufacturer-specific contingent volume” of vaccines that meet WHO-led specifications.

But the COVAX program can only cater to [29]20 percent of the most vulnerable populations in 150 participating countries. This means that African countries, with a population of over 1.3 billion people, and with at least 2 doses of the vaccine per-person, the continent will need [12] “at least 1.6 billion doses to meet its 60 percent vaccination target.”

This underlines the frustration of African governments in trying to secure COVID-19 vaccines, as most Western manufacturers have already sold billions of doses to rich countries who have the means to pre-order vaccines.

African countries may not “not gain full access to affordable vaccines until after the rich world has vaccinated its people, probably past 2022,” noted [30] Kenyan journalist John Muchangi.

Tom Fowdy, a British political and international relations analyst, asked [31]: “Why should Africa have to wait? And why should rich countries come first and put Africa last?”

Meanwhile, COVID-19 mortality rates in the continent [32] are showing no indication of slowing down. Hence, Africa needs a solution now.

This story is part of a Civic Media Observatory [33] investigation into competing narratives about China’s Belt and Road Initiative, and explores how societies and communities hold differing perceptions of potential benefits and harms of Chinese-led development. To learn more about this project and its methods, click here [34].