COVID-19 vaccine in Africa: Caught between China’s soft-power diplomacy and the West’s vaccine nationalism, Part I

Nigeria and Kenya are sourcing their COVID-19 vaccine from China 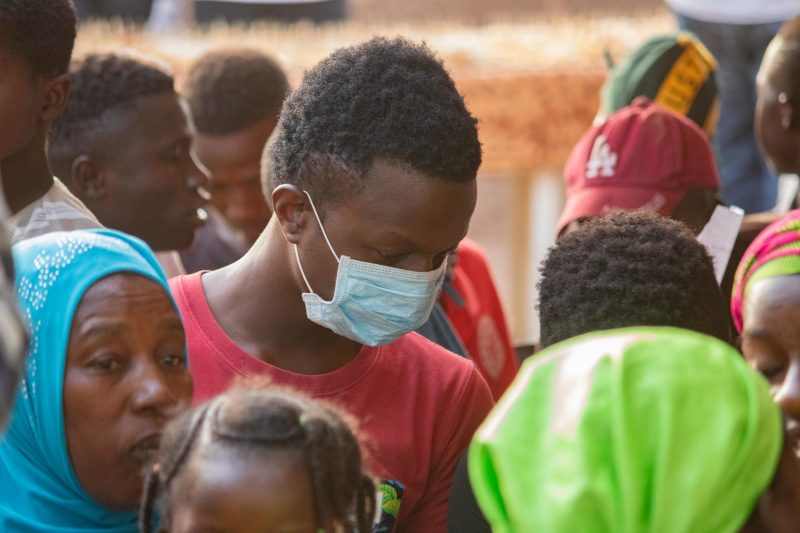 Editor’s note: This is a two-part analysis on the politics behind Africa’s procurement of COVID-19 vaccines. The continent appears forced to look toward China, rather than the West. Read Part II here.

The Nigerian government, on January 5, signified interest in procuring COVID-19 vaccines from China.

Geoffery Onyeama, Nigeria’s foreign minister, stated that Nigeria is “engaging with China” to access COVID-19 vaccines for the country, during a press conference with Wang Yi, Chinese foreign minister in Abuja.

Onyeama’s announcement was significantly interesting as it offered an official stamp on many African countries moving toward Beijing — rather than the West — to acquire the coronavirus vaccine for their populations. Kenya has also signaled interest in China’s vaccines.

As of January 29, Nigeria had recorded 127,024 confirmed COVID-19 cases, 100,858 recoveries and 1,547 deaths. In December last year, Africa’s most populous nation recorded “a sharp increase” in COVID-19 related cases and fatalities, according to the Nigeria Centre for Disease Control.

Why are African nations turning to China for vaccines? For one thing, China has assured African nations of deep discounts, whereas the West is mired in market-based systems linked to private pharmaceutical companies, with vaccines that come with big price tags.

But China's willingness to distribute vaccines to Africa as a priority — and at a discount — has analysts wondering about its use of “soft-power diplomacy” on the continent.

Joseph S. Nye, Jr., emeritus professor at the John F. Kennedy School of Government at Harvard University, describes soft power as “the ability to affect others to obtain the outcomes one wants through attraction and persuasion rather than coercion or payment.”

Yangzhong Huang, director of global health studies at Seton Hall University’s School of Diplomacy and International Relations told The World that the “soft power” diplomacy in Africa using the COVID-19 vaccines is not only improving China’s image but also reframing the narrative about China’s handling of the global pandemic. Consequently, China has also “portrayed itself as a benign global power,” says Huang.

On the other hand, the West’s vaccine nationalism approach leans on private companies and the free-market system to determine who gets the vaccine.

As of mid-January 2021, more than 7 billion vaccine doses had been purchased globally. However,  a small group of rich countries — comprising just 16 percent of the world’s population — have acquired “4.2 billion doses” which translates to 60 percent of the COVID-19 vaccines, according to the Duke University’s Global Health Institute (DUGHI).

Canada has already preordered enough potential doses “to cover more than five times their population” and other high-income countries, like the United States, have more than enough vaccines to “cover their populations several times over,” states the DUGHI.

The West’s vaccine nationalism has left the rest of the world — especially African countries — scrambling for alternatives.

Moderna and Pfizer (messenger) mRNA vaccines, on the other hand, injects an attenuated coronavirus into the body, thereby triggering “an immune response” that “produces antibodies” inside the body, which “protects us from getting infected if the real virus enters our bodies,” according to the Center for Disease Control.

Sinovac and Sinopharm, like all inactivated vaccines, are better situated for most African climates because they can be stored in a standard refrigerator temperature, between 2 and 8 degrees Celsius. Pfizer-BioNTech vaccine requires cold, deep-freezer storage at minus 80 degrees C.

The Moderna COVID-19 vaccine “arrives frozen to the ordering facility between minus 25 degrees to minus 15 degrees Celsius,” but can be stored at “standard refrigerator temperatures, of 2 to 8 degrees Celsius, for 30 days.” Hence, it is also suitable for most rural areas in Africa.

But the efficacy of Sinovac’s CoronaVac is wrapped in confusion.

This was a significant shortfall from data released a week earlier by the Brazilian government, which gave a 78 percent effective pass mark to the vaccine after a late-stage trial.

The Pfizer-BioNTech vaccine's efficacy is 52 percent after the first dose and rises to 95 percent after the second dose, says a study published in the New England Journal of Medicine. The Moderna COVID-19 vaccine is 94.5 percent effective in preventing COVID-19.

Each dose of the Moderna vaccine costs between $32 to $37 USD, while the Pfizer-BioNTech vaccine goes for $20 USD per dose. Both vaccines are given in two doses. There seems to be varying costs of CoronaVac — 200 yuan (about $30 USD) per dose in China, and between $5 to $38 USD per dose in Southeast Asian countries.

A number of countries, including Egypt, the UAE, Jordan and Indonesia, have authorized the COVID-19 vaccines produced by China for emergency use. https://t.co/PATO90Xedg

The Chinese vaccines have been adopted in Brazil, Indonesia, the Philippines and Turkey — where they are also anticipated to be produced. 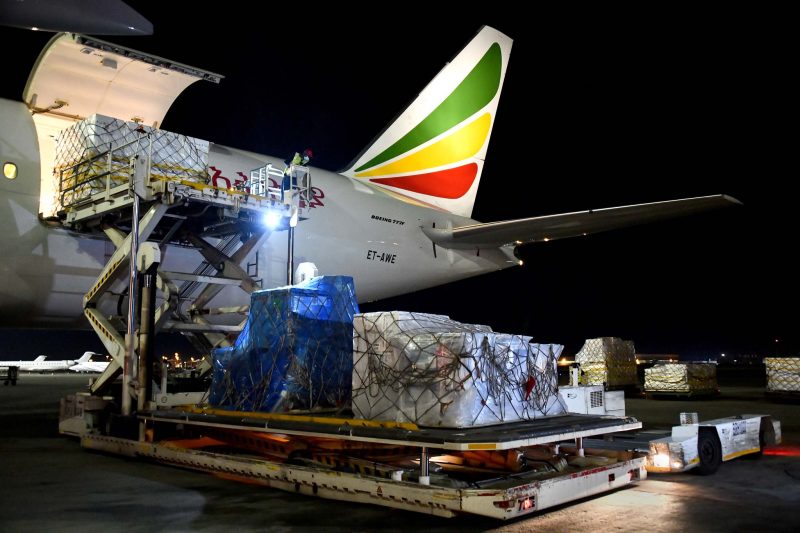 Arrival of medical supplies at OR Tambo International Airport donated by the People's Republic of China to South Africa to help with the fight of Covid-19. Image by GCIS, April 13, 2020, (CC BY-ND 2.0)

China’s medical cooperation in Africa started in 1963, when they sent out their first medical team to Algeria, in northern Africa.

Over 20,000 Chinese health professionals have been working in different parts of Africa since 1963, and about 200 million Africans have been beneficiaries of Chinese medical interventions in the continent.

Kris Lancaster and two other colleagues from the US-based foreign policy think tank, the Council for Foreign Relations, described  the “health silk road” as the Chinese effort “to recast itself as a responsible global health leader” by promoting a “widespread public diplomacy campaign and sending medical aid worldwide.”

The health silk road is an extension of the ambitious Belt and Road Initiative (BRI), a global infrastructure development strategy adopted by the Chinese government in 2013 to invest in nearly 70 countries.

But this health aid has been described as “opportunistic” or a manifestation of Chinese “soft power” or as an attempt to exploit the “natural resources” or curry “political favors” from African countries, according to a study conducted by Dr. Shuang Lin, a family medicine specialist in El Cajon, California, and others.

This perception persists until today. It has, however, been amplified with the COVID-19 pandemic, following China’s magnanimous assistance to African countries to mitigate the spread of the virus.