'Why such an immediate impulse to silence critics?' 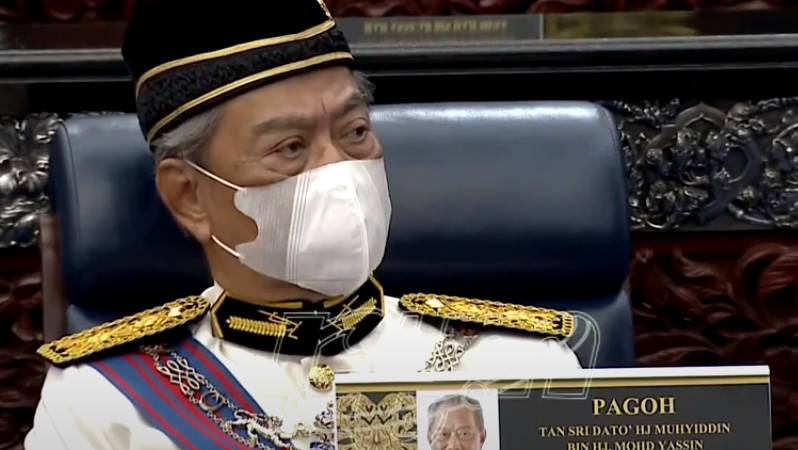 Malaysia’s declaration of a state of emergency in response to the surging COVID-19 cases in the country is being described by various groups and the opposition as a threat to democracy.

The ordinance containing the emergency declaration was released on January 14.

The Malaysian government claimed it had prevented the spread of COVID-19 in the first half of 2020 but an outbreak was recorded during a local election in one of the states in September.

The emergency measure imposed not just movement restrictions but also a ban on political activities. Parliament sessions have been suspended and elections are prohibited. The armed forces are also provided with police powers to enforce the law.

Prime Minister Tan Sri Muhyiddin Yassin clarified that no curfews will be enforced and that the emergency declaration should not be equated with military rule.

But human rights groups and opposition parties questioned the basis of the emergency declaration. They accused Muhyiddin of using the pandemic to cling to power by preventing the parliament from convening and determining if he still has the majority to form a government.

Around 75 civil society groups known as CSO Platform for Reform issued a statement expressing alarm over the unchecked powers of the Muhyiddin government:

While we think the public health crisis must be handled urgently through powers under other laws such as MCO [Movement Control Order], the overreach of executive power without the need for Parliament or state assembly oversight is a tragedy of governance.

The Centre for Independent Journalism lambasted the threat of authorities to arrest social media users and citizens who will interfere with the implementation of the emergency measures:

Why such an immediate impulse to silence critics? This foretells a possibility that this emergency is likely to be used to justify arbitrary arrests and investigations that infringe on freedom of expression and other fundamental liberties. This also shows the possibilities of heightened military presence and attempts to further curtail our liberties, which must not be undermined during a public health crisis, and especially not under the guise of an emergency.

Zaid Malek, coordinator for Lawyers for Liberty, urged the government to reconsider giving powers of arrest to the armed forces.

There is legitimate concern that allowing military personnel to arrest civilians may lead to excessive use of force or other abuses that infringe the civil liberties of the public.

Members of the public should not be treated as enemies and be dealt with by military personnel.

Human rights group Aliran said the state of emergency “smacks of Muhyiddin wanting desperately to hang on to power when it has become clear he has lost his wafer-thin majority in Parliament.” It noted that the new restrictions will hurt the lives of many:

…no financial and other means of support have been proposed by the regime for the many industries that are still struggling to recover and for the many more Malaysians who have lost their jobs and are now suffering. How are people meant to survive?

It listed the following demands to the government:

Aliran opposes the abuse of parliamentary democracy in this way. We call for the swift revocation of this emergency declaration, the reinstatement of parliamentary sittings and rule, and the return of power back to our representatives.

Activists and civil society groups enjoined netizens to oppose the emergency declaration by using the hashtag #BantahDaruratMuhyiddin or Malay for “protest Muhyiddin’s emergency”.

Opposition politicians also opposed the emergency declaration. Former Prime Minister Mahathir Mohamad said it “removes the last vestige of democratic rights of the people.” He elaborated on his blog:

…Can the Prime Minister with his power to jail people for up to 10 years and impose a fine of five million Ringgit (1.2 million US dollars) reduce the number of cases?

The problem caused by the pandemic are very many and do not lead to easy solutions. Can the enhanced power of the Prime Minister tackle these problems?

On January 26, opposition leader Anwar Ibrahim has filed a petition asking the court to conduct a judicial review of the emergency declaration.

Unless revoked by authorities, the emergency declaration is effective until August 2021.