Skincare company DHC has prominent connections to the Japanese far-right 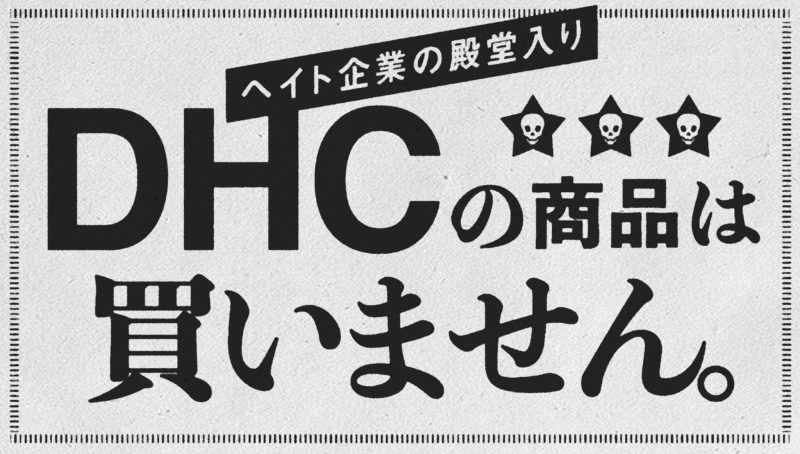 Calls for boycott of prominent Japanese cosmetics firm DHC are entering its third month since its CEO published a blog post loaded with anti-Korean slurs on the company's official website in November 2020 — for which the company has yet to apologize.

Critics are also drawing attention to the DHC's connections to the Japanese far-right and its efforts to distribute conspiracy theories online.

DHC offers various high-end skincare products that are popular in Japan and around the world, as well as “diet supplements” that supposedly help maintain or lose weight.

In November 2020, its CEO Yoshida Yoshiaki described the models featured in the advertisements of rival company Suntory as “chontory” on a blog post on the company's website. The word, a portmanteau, combines “chon” (チョン), a derogatory Japanese-language slur for Koreans, and the company's name, Suntory.

Yoshida says in the blog post that DHC is a “pure” Japanese company, that only uses “pure” ingredients and “pure” Japanese people in their commercials. The CEO was responding to the fact that Suntory had been named the top seller of supplements in Japan.

Redditor u/isolilili translated the entire post to English, including the racist epithet:

Suntory hires almost only Korean-Japanese people for their commercials. That's why on the internet, they've been called “chontory”. From the celebrities we have hired down to our very roots, we are a pure Japanese company.

Following news reports about the blog post, the hashtag “I will not buy DHC products” (#差別をするDHCの商品は買いません) trended on Twitter in mid-December, along with #BoycottDHC.

And in January, demonstrations were organized in Tokyo to raise awareness of a boycott of DHC products.

#I will not buy DHC products

The backlash, however, isn't limited to the CEO's remarks on the company's blog.

Critics have noted that many prominent far-right media personalities regularly appear on DHC's news-like programs which it broadcasts on its official channels on YouTube, Daily Motion and other video platforms. Those programs, such as “News Girls” (ニュース女子) and “Toranomon News” (虎ノ門ニュース), typically present a far-right, ultra-conservative viewpoint that is anti-Korean and anti-Chinese.

Observers have noted that DHC TV's Toranomon news program, in particular, has played a key role sharing pro-Trump and QAnon conspiracies in Japan, including the conspiracy theory that Joe Biden stole the United States’ election from Donald Trump.

Hyakuta Naoki, a popular commentator and a regular host at DHC's programs, has repeatedly told his 467,000 Twitter followers that Joe Biden “stole” the 2020 US elections. He also stated in January he would quit writing if Trump is no longer president.

The Okayama chapter of Japan's Counter-Racist Action Collective (C.R.A.C.) highlighted DHC's connection to JAnon-like conspiracy theories in the call to boycott products by the company:

DHC continues to spread hoaxes about the US presidential election on its broadcast programs. Speaking as human beings, it is unforgivable to continue to allow DHC to allow such a risk to society to continue. Don't make Japan a hangout for conspiracy theories.

Japan's leniency with its far-right

The far-right has long been overlooked or tolerated by mainstream broadcasters in Japan. Popular entertainment acts may sport Nazi-inspired uniforms, while Holocaust deniers such as Takasu Katsuya, a popular billionaire cosmetic surgeon, are regularly invited onto prime-time television.

Money may explain the presence and influence of racist and far-right views in mainstream media in Japan. Katsuya, for example, contributes significant advertising revenue to broadcasters in Japan.

DHC has also infiltrated media in this way, regularly paying for sponsored articles and other advertising in Japan and around the world. Faced with declining advertising revenue, Japanese media may be forced to ignore or tolerate hateful content. 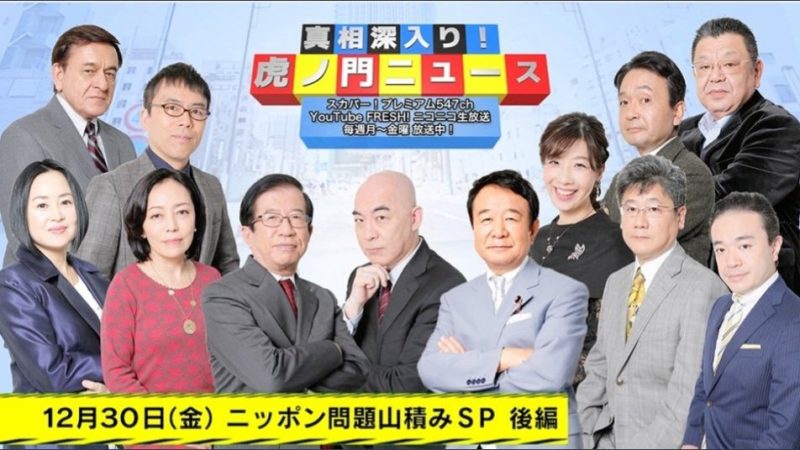 At the same time, hate speech against ethnic Koreans is a long-running and significant problem in Japan. A 2017 survey by the Japanese government found that 40 percent of non-Japanese residents of Japan have encountered discriminatory speech online, while 20 percent of survey respondents refrain from using the internet to avoid hateful content.

Some discussion has focused on whether or not DHC could be prosecuted for hate speech because of its blog post.

Speaking with the Tokyo Shimbun, Morooka Yasuko, a prominent expert on hate speech in Japan, stated:

Hate speech is what its name suggests. [In the case of the DHC blog post] it is the use of derogatory terms to insult Korean heritage to incite others to exclude this group from society. If the representative [like DHC CEO Yoshida Yoshiaki] of a large corporation publishes such statements on an official website, the social negative impact of their language is significant.

In June 2016, the Japanese central government passed a law aimed at eliminating hate speech online. However, the law delegates municipalities to ensure measures to target hate speech, resulting in a patchwork of local regulations.

For now, activist groups seek to continue a boycott of DHC, and not just by consumers in Japan. Twitter user @yoox5135, of the C.R.A.C. anti-racism collective, has attempted to call out the official Japanese Twitter account of Peanuts Worldwide LLC. The American company is partnering with DHC to sell chapstick:

@Snoopy @SchulzMuseum Are you aware that the chief director of #DHC , Japan’s cosmetics company which sells products in collaboration with @snoopyjapan , frequently uses derogatory terms against Korean and has not apologized. Please don’t promote racism by doing this. #BoycottDHC https://t.co/mieQgxX93x

[Translation of linked tweet]  The ever-popular “DHC medicated lip balm” the will be released this year with ever-popular Snoopy branding. It's a playful, modern and chic 3-piece cosmetic set for adults! Protect your lips with a smooth veil, which tends to dry out in winter, as well as rough lips caused by mask rubbing.

As of the time of publication of this story, Yoshida's blog post remains published on the DHC website. A screenshot has also been uploaded to Imgur, and the original Japanese text has been preserved in an anonymous blog post.